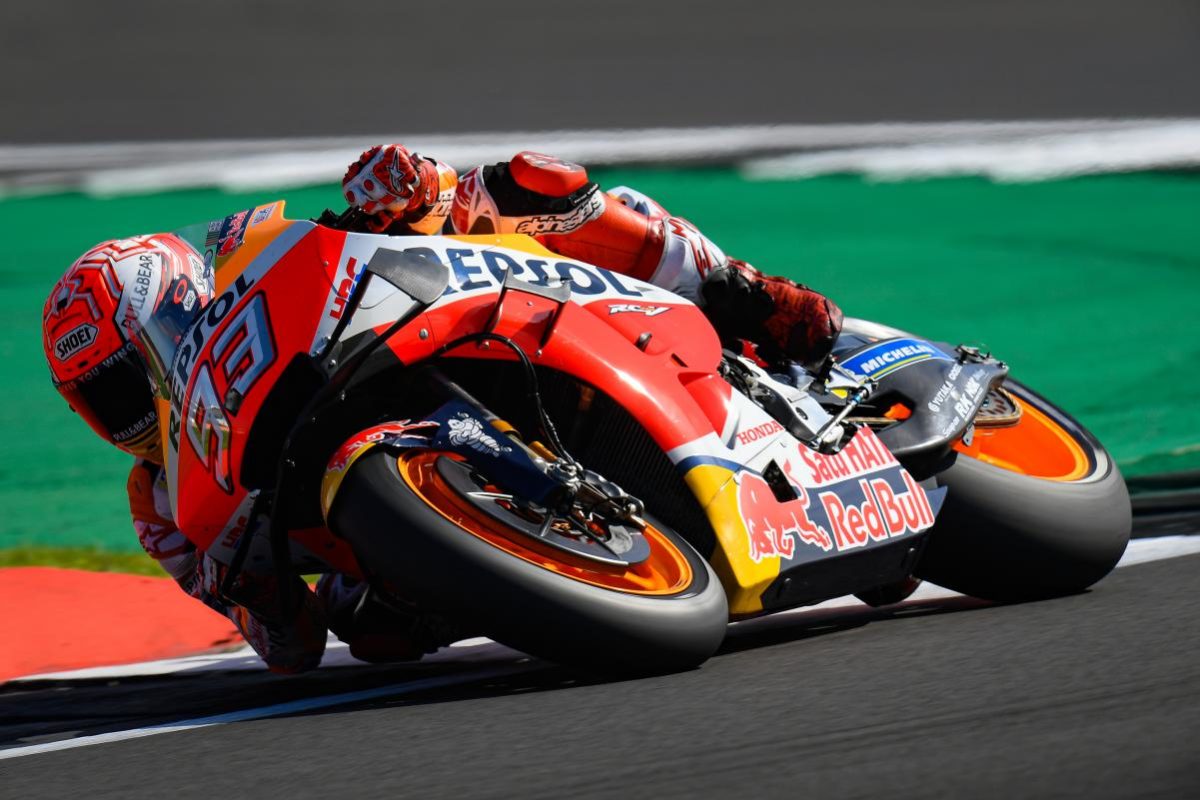 Marc Marquez claimed pole position for the British MotoGP just moments after Valentino Rossi had himself taken top spot with the chequered flag out.

Rossi, Marquez, and Jack Miller crossed the control line within two seconds of each other at the end of qualifying, with their combined efforts pushing Fabio Quartararo from provisional pole onto the second row.

Marquez broke the all time MotoGP lap record at Silverstone, which was resurfaced earlier this year, with a 1:58.168s on the #93 Repsol Honda.

That time best Rossi’s short-lived benchmark by 0.428s, while Miller was only 0.006s slower again having followed the two premier class world champions on his final lap.

Quartararo was on top after the first runs with a 1:58.612s on his Petronas SRT Yamaha and that remained his best, with the Frenchman going half a tenth slower on his only other flyer.

By that point, however, he was on his second bike due to a technical problem with that which he started the session.

Marquez was second when the circuit went quiet, Miller (Pramac Ducati) third, and Rossi (Monster Energy Yamaha) down in 11th with a personal best of 2:00.187s, before they all dawdled at the start of their second runs as they tried to prevent each other from getting a tow.

In the end, Rossi led the charge and picked up just his second front row start of the season, while Miller’s is his third this year and second in three races.

Andrea Dovizioso also made his way out of the first 15-minute segment of qualifying but could only put his Mission Winnow Ducati seventh on the grid, alongside Franco Morbidelli (Petronas SRT Yamaha) and Cal Crutchlow (Castrol LCR Honda).

The latter crashed on his second flyer having gone personal best to the first sector.

Race start is Sunday at 2200 AEST, with 20 laps the scheduled distance.