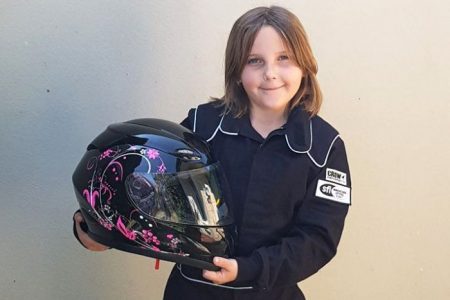 A coroner has issued seven recommendations after an inquest into the “rare and unexpected” death of eight-year-old Anita Board at a Perth drag racing venue in November 2017.

Board succumbed to brain injuries as a result of hitting a wall at an ANDRA event at the Perth Motorplex having failed to negotiate a gateway exiting the track.

Coroner Sarah Linton found that she had been travelling too fast to safely drive through the gateway, at the end of a licence pass.

As well as determining that “the deceased’s death was a rare and unexpected event that occurred due to the deceased’s inexperience,” Coroner Linton concluded that there needs to be “a greater emphasis on building a safety culture amongst the children, parents and organisers of the sport.”

The recommendations, listed below, include modifications to the exit procedure for juniors, a training program for juniors, mandatory frontal head restraints, and a remote cut-off system for junior dragsters.

A ban on junior drag racing in Western Australia, imposed shortly after the accident, remains in place until the recommendations are implemented.

Recommendation 1
I recommend that ANDRA give consideration to requiring all junior drag racing participants to continue all the way down the track, rather than through the exit gate. In the alternative, if junior drag racers are required to exit through a side gate, then all junior drag racing participants should be required to come to a complete stop before beginning to execute the turn and VenuesWest should give consideration to installing some form of barrier to the corners of the exit gates, in a similar fashion to what is currently in use at the Sydney Dragway.

Recommendation 2
I recommend that VenuesWest give consideration to replacing the previously used white flags at the Perth Motorplex with some form of fixed and highly visible finish markers that can be swung into position on the safety barrier wall to mark the end of the junior track.

Recommendation 3
I recommend that VenuesWest and ANDRA work together, and in consultation with the Junior Drag Racing Association in WA, to create and implement a training programme for new junior drag racers, similar to the current training programme in place at Sydney Dragway. In my opinion, the children should not be able to commence the training programme until they are at least eight years old. It should involve the child going through a number of theoretical and practical tests that the child must pass in stages, assessed by a person other than their parent or guardian, before they are able to drive down the track in a dragster at anything more than idling speed. The speed should then gradually be increased. The training should also involve ‘on the track’ orientation at the Perth Motorplex, so that the child will be familiar with the landmarks before they attempt their first licence pass.

Recommendation 4
I recommend that ANDRA introduce a mandatory requirement that all junior racers must include in their personal safety gear a frontal head restraint device as described and demonstrated at the inquest.

Recommendation 5
I recommend that VenuesWest, in conjunction with ANDRA, make it a requirement at all junior drag racing events at the Perth Motorplex that officials must conduct scrutineering of 25% of the vehicles participating in the junior dragster bracket and complete a full scrutineering of all vehicles once every two years, including driver safety equipment.

Recommendation 6
I recommend that VenuesWest, in conjunction with ANDRA, explore the feasibility of requiring a remote cut-off device to be installed on all junior dragsters.

Recommendation 7
I recommend that, if the junior racers are to continue to exit the track through the side exit gate, then a CCTV camera(s) should be installed at the Perth Motorplex to capture junior dragsters leaving the gate.