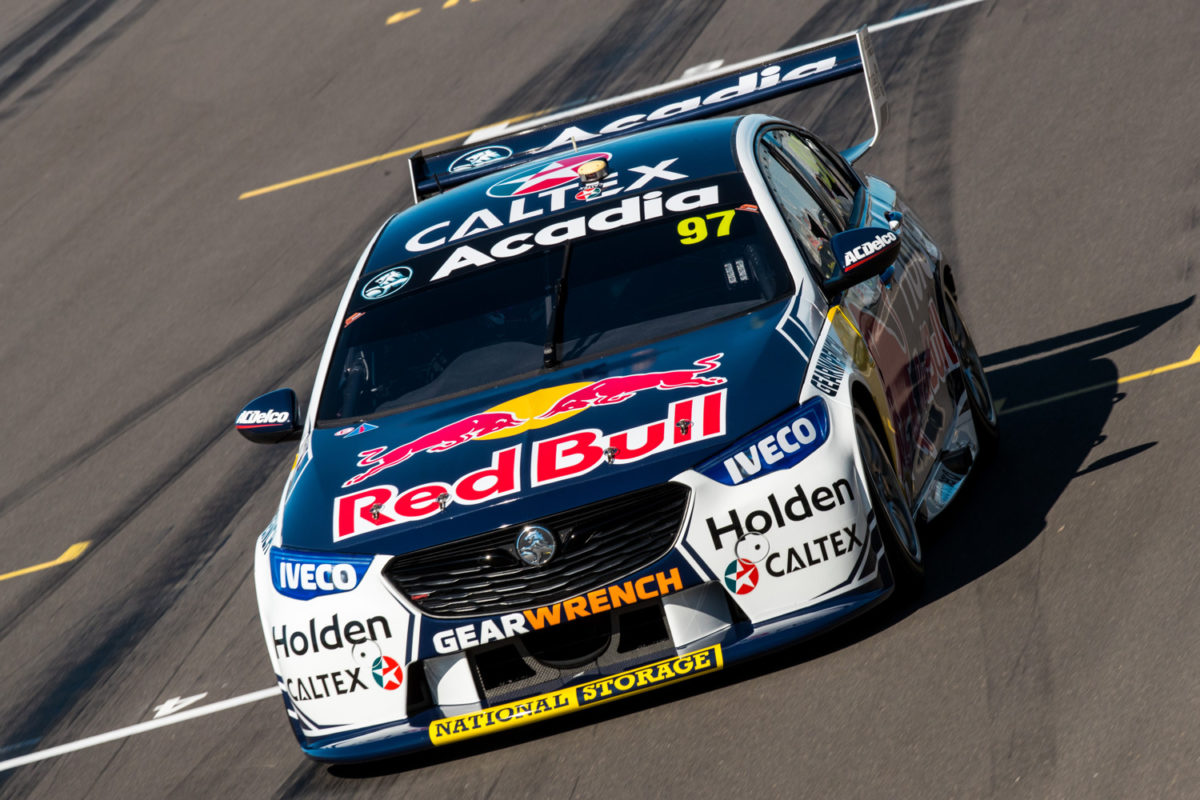 Shane van Gisbergen has escaped sanction despite setting his fastest lap of Armor All Qualifying for Race 21 at The Bend while a yellow flag was out.

The Red Bull Holden Racing Team driver clocked a 1:48.5192s which elevated him from 10th to eighth at the end of the third 10-minute stanza of the knockout session.

The Deputy Race Director decided, however, that since van Gisbergen was in fact slower than his personal best in the sector in question, he had not breached regulations.

“In Part 3 Shane van Gisbergen Car #97 set it fastest time not withstanding a Yellow Flag being displayed at Turn 14,” read the stewards summary.

“Given that Car #97 was on a set of ‘green tyres’ and noting the Car #97 was slower in that sector than on previous laps in that Part of the Session, the DRD determined that no breach of the Rules was established.”

The only penalty issued so far at the OTR SuperSprint has been a $700 fine to Kelly Racing Pirtek Enduro Cup co-driver Alex Rullo for two pit lane speed limit breaches in Friday’s Additional Driver practice session.