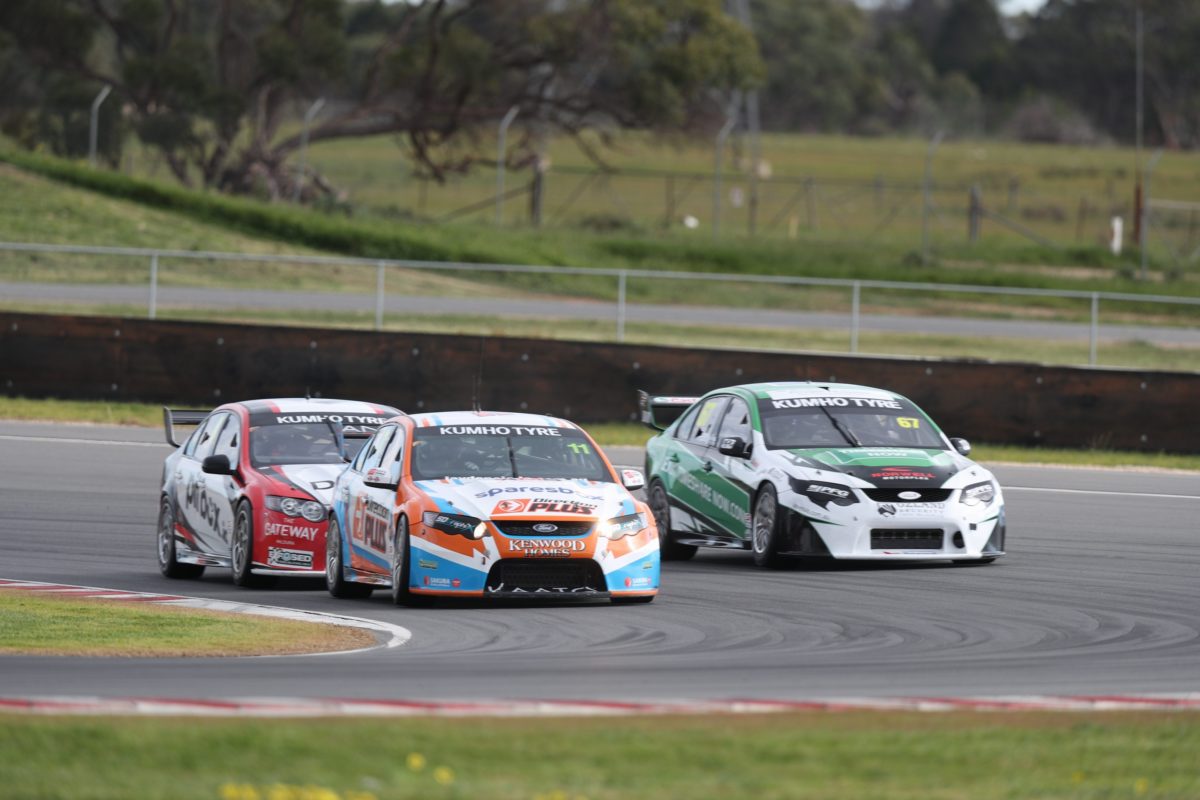 The battle in Super3 Race 1

Jayden Ojeda has moved into a single-point lead in the Kumho Tyre Super3 Series after winning two thrilling races at The Bend Motorsport Park.

The Anderson Motorsport driver had a race-long stoush with Hamish Ribarits and previous series leader Broc Feeney in the opener to Round 4 despite sweeping into the lead at the first corner.

Feeney challenged Ojeda on the second lap after the restart and got past at Turn 5, only to run wide at the following hairpin and fall to third.

Ojeda beat Ribarits to the chequered flag by 0.1374s in the end, with Feeney third, while the most prolific race winner of the season to date, Zak Best (#78 MWM FG Falcon), was the last finisher having had to pit to remove grass from his splitter.

In Race 2, Ojeda skipped more than three seconds away until Feeney passed Ribarits for second position on Lap 3.

Feeney reeled off a succession of fast laps, including breaking the lap record three times in a row, and crossed the finish line only 0.1157s behind after the eight laps. 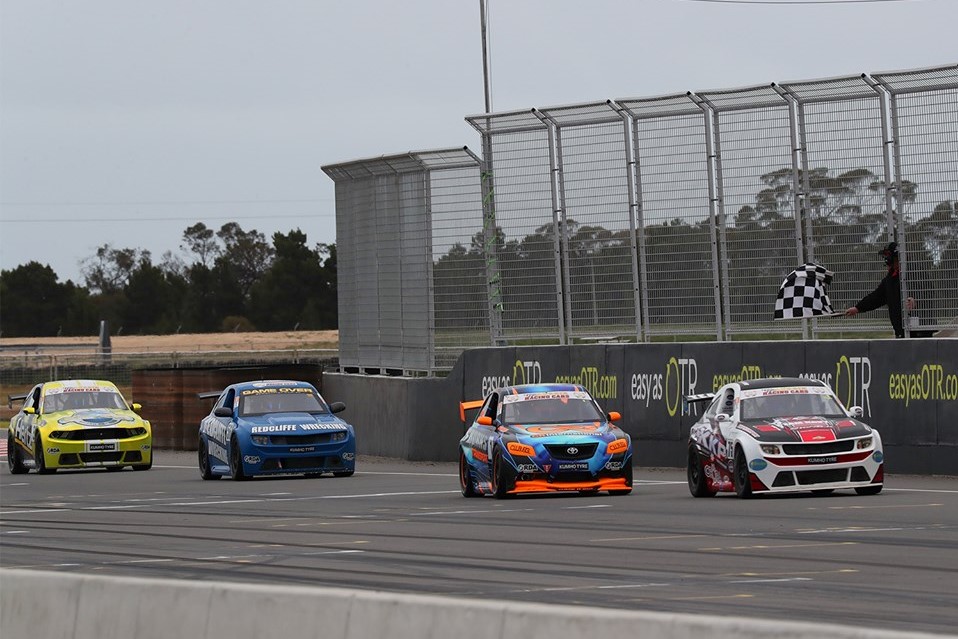 Joel Heinrich’s stranglehold on his home state circuit finally came to an end, but only in the second race of Round 5 of Aussie Racing Cars.

Heinrich, who swept last year’s round at the South Australian venue, took up second position at the start of Race 1 before slipstreaming past series leader Justin Ruggier at the start of Lap 2.

He took a 0.64s win, ahead of Ruggier and Luke Fraser, after a Safety Car necessitated by the car of debutant Ollie Shannon going up in flames due to an engine failure.

Shannon was able to step away before the fire seriously took hold but was sidelined from Race 2 with the #88 entry a charred mess.

Ruggier again led initially in that encounter but dropped spots to Heinrich and Kel Treseder in consecutive laps before the halfway point.

Heinrich held off one attempt at a move from Treseder but not the second, at Turn 6 on Lap 7, before it was Treseder’s turn to defend.

He did so successfully, even if Heinrich momentarily nosed back ahead, and added a win to his finish of fourth in Race 1.

Heinrich was home in second from Fraser and Ruggier.