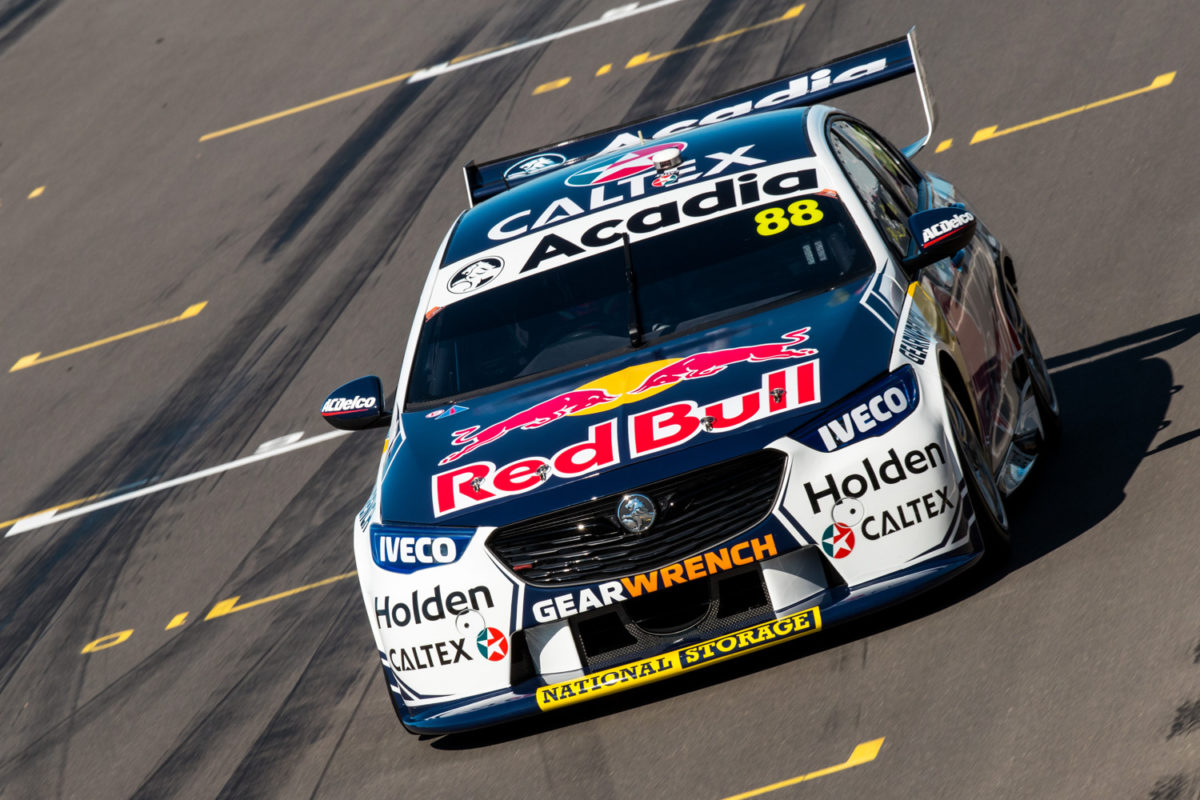 Jamie Whincup says that a weakness under brakes left him unable to fight in Race 21 of the Virgin Australia Supercars Championship at The Bend.

The Red Bull Holden Racing Team driver finished 11th from ninth on the grid in the opening race of the OTR SuperSprint, which was still far better than how he fared in the three practice sessions which preceded Armor All Qualifying.

Whincup ran no higher than 10th during the 24-lap affair, which included an off at Turn 1 on Lap 5 just before he was called into pit lane to try an undercut strategy.

He got the jump on team-mate Shane van Gisbergen and Tickford Racing’s Cameron Waters by doing so but was soon picked off by the former and also lost a spot on the road to James Courtney inside the final quarter of the race.

Whincup put the showing, in which he was also leapfrogged through strategy by Brad Jones Racing’s Nick Percat, down to poor braking performance and a lack of pace from his #88 ZB Commodore.

“The race itself was difficult. We pitted early and went into it with an aggressive strategy, but the story of the day is that we didn’t have enough pace out there.

“At the moment, the biggest concern for me is braking. I am very weak under brakes and when trying to go deeper into the corners to be competitive, the car simply locks up and goes off track, which is why I lost a few spots in the end.

“All that however is insignificant given that we lacked pace and didn’t have fast enough cars, which showed in our results of P6 (van Gisbergen) and P11.

“Hopefully we can make another big step forward for tomorrow but it’s not a straightforward solution. We will take another swing at it and see if we can find the performance needed.”

Van Gisbergen, who sprayed off the road four times in the morning’s practice session, had a slightly better afternoon in qualifying eighth and finishing sixth.

The 2016 champion pressured but could not find a way by Kelly Racing’s Andre Heimgartner in the latter stages of Race 21 and believes that scrapping for the minor placings is the best he can hope for tomorrow.

“Finishing the race in sixth position after how the team was going yesterday is a good result,” declared van Gisbergen.

“The race was just follow the leader which didn’t allow me to do anything. I tried a few moves to pass some of the other cars including an undercut but unfortunately had to back off and then ended up following everyone for the rest of the race.

“For tomorrow if we can be up there, possibly be third or fourth, it would be great but for now we will go back and see if we can continue in the right direction.”

Van Gisbergen dropped a spot to fourth in the championship due to the exploits of Tickford’s Chaz Mostert, who was a fighting second position on the day in the Supercheap Auto Mustang, while Whincup remains fifth in the standings.