McLaughlin: The Bend turnaround not due to Mustang

McLaughlin: The Bend turnaround not due to Mustang 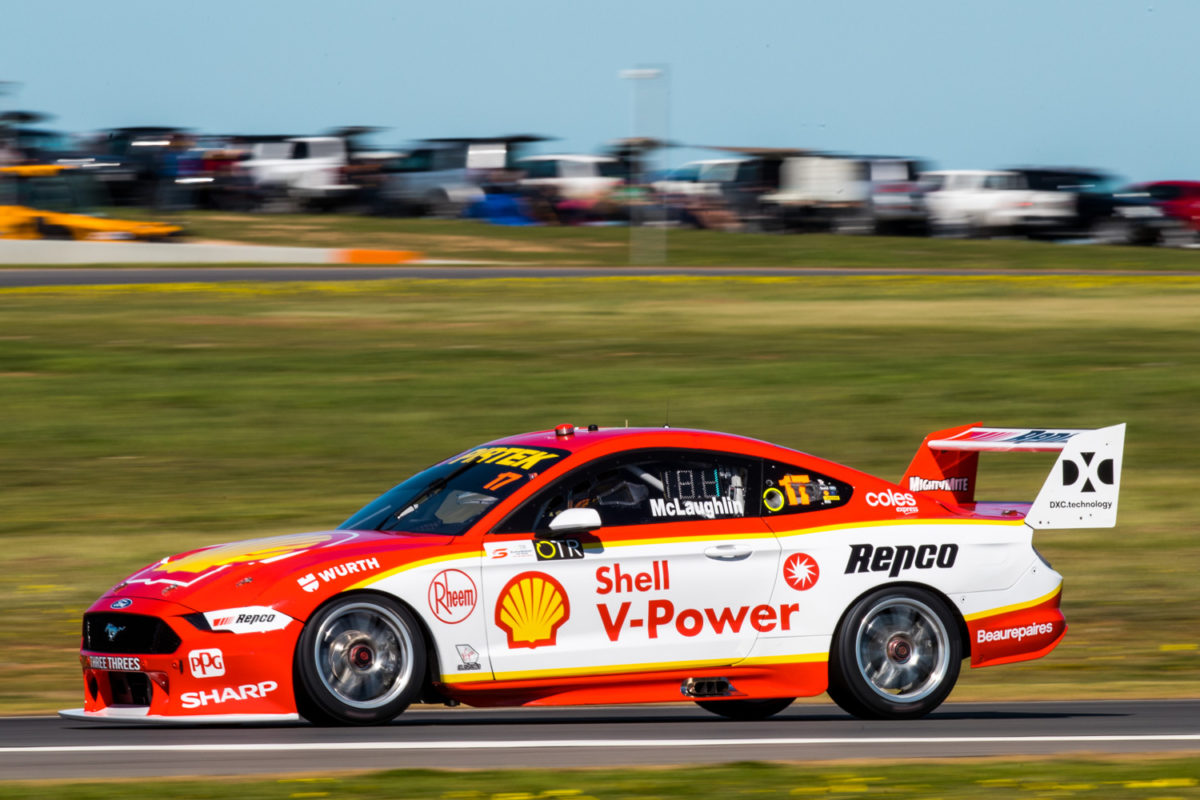 Scott McLaughlin believes that his jump in pace relatively to last year’s Supercars event at The Bend is not merely a result of the introduction of the Ford Mustang.

McLaughlin smashed Jamie Whincup’s practice record of 12 months ago when the Shell V-Power Racing Team driver clocked a 1:48.1044s in Practice 2 at the OTR SuperSprint.

While fellow Ford driver Chaz Mostert joined him in undercutting the old benchmark of 1:48.6498s, the Supercheap Auto-backed racer did so by a far smaller margin and was still more than half a second slower than the championship leader.

McLaughlin’s performance so far is a stark contrast to the corresponding day of 2018, when he was more than two seconds off the pace in an FGX Falcon before finishing a subpar fifth and 10th in the Armor All Qualifying sessions which followed that weekend.

While all seven Mustangs finished in the Friday top 10 this time around, including debutant Thomas Randle, McLaughlin claims that the showing is due to a general effort from DJR Team Penske rather than specifically being a result of the new car.

“A lot of hard work,” he said when asked what he attributed the turnaround to.

“Obviously we’ve been working hard behind the scenes to make our cars better and suit the new car and stuff and it certainly worked out pretty well.

“There’s going to be a few quick excuses out there that obviously are going to point it to the blue oval, but we’re certainly just happy doing our thing and pushing on and proud to do it for the team.”

The Bend proved to be the scene of McLaughlin’s worst weekend of the 2018 Virgin Australia Supercars Championship, with race results of sixth and 10th, and DJRTP was subsequently fined for running the incorrect drop gear ratio in his #17 entry.

The New Zealander said that he had specifically identified this weekend’s event as one where he wanted to lift, and that the team deviated from its normal Friday practice program.

“There was a lot of extra motivation for sure,” confirmed McLaughlin.

“I circled this event because last year was tough by our standards and I just really wanted to come here and have a good crack at it.

“We focused a lot on just balance (yesterday) rather than any race set-ups when in the first practice, at least, we (normally) try and do a longer run.

“So we haven’t done that yet but hopefully, now we’ve got a decent balance, we’ll try and do that (this) morning before the race.”