McLaughlin into 1:47s as van Gisbergen battles in Practice 3

McLaughlin into 1:47s as van Gisbergen battles in Practice 3 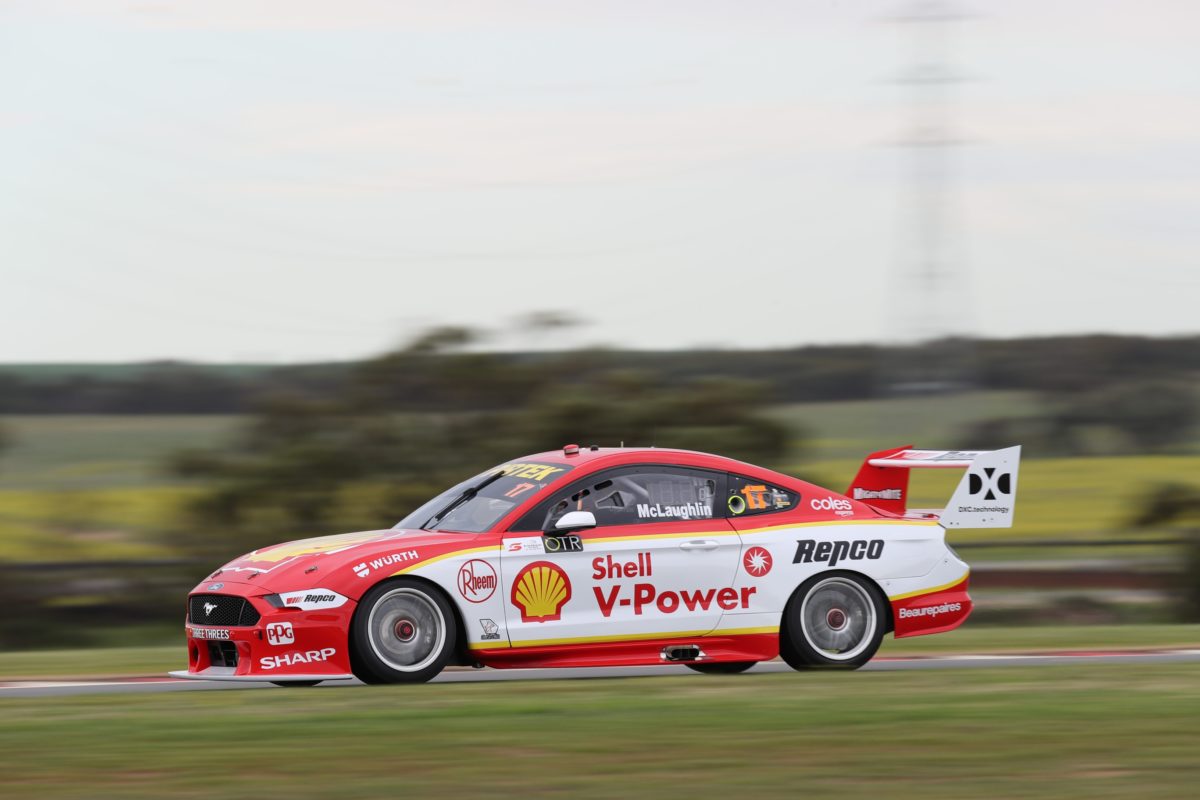 Scott McLaughlin has further lowered the practice record at The Bend as Shane van Gisbergen endured a torrid time in the third full-field session of the weekend.

McLaughlin, who also smashed the practice record the afternoon earlier, was more than three quarters of a second faster than the rest with a 1:47.9865s on used tyres in Practice 3, while Chaz Mostert and then Anton De Pasquale were next-best.

Van Gisbergen, on the other hand, ended up 20th having gone off four times in the #97 Red Bull HRT ZB Commodore during the half-hour session.

The hit-out was barely underway when a red flag was called in the seventh minute due to debris brought onto the track by a Macauley Jones (#21 CoolDrive ZB Commodore) off at Turn 18.

By then, van Gisbergen had already run off twice, first at Turn 13 followed by a wild moment when he hit the kerb and picked up two wheels through the succession of right-handers.

McLaughlin clocked a 1:48.9311s on his first flyer after the red flag in the #17 Shell V-Power Mustang, taking top spot from Cameron Waters (#6 Monster Energy Mustang).

On his next run, the championship leader set a 1:48.4030s on P3 tyres, putting him almost nine tenths of a second ahead of his rivals at that point in time.

DJR Team Penske reportedly bolted another used set of tyres onto Car #17 for the final run, when McLaughlin became the first driver to lap The Bend Motorsport Park in a Supercar in the 1:47s bracket.

As expected, most of the fast laps came right at the end of the session, which ran in cloudy conditions throughout.

Mostert moved to a 1:48.7594s late on in the #55 Supercheap Auto Mustang, while De Pasquale (#99 Penrite ZB Commodore) was less than three hundredths slower again.

Waters and Lee Holdsworth (#5 The Bottle-O Mustang) made it three Tickford Racing entries in the top five, the former as the last driver within a second of McLaughlin’s fastest lap.

Fabian Coulthard (#12 Mustang) was 15th at 1.4106s slower than his team-mate in the second of the DJRTP entries, one position ahead of Erebus Motorsport’s David Reynolds (#9 ZB Commodore).

Van Gisbergen had two more offs after the red flag, including a moment at Turn 5 when his car snapped sideways and the steering wheel whip appeared to hurt his left wrist.

The 2016 champion even quipped, “Yay! I did a lap,” when he finally logged a somewhat representative lap time as he took the chequered flag, despite still being 1.6753s slower than McLaughlin.

Team-mate Jamie Whincup (#88 ZB Commodore) was even further back, in 24th.

Armor All Qualifying for Race 21 of the Virgin Australia Supercars Championship starts at 1235 local time/1305 AEST. 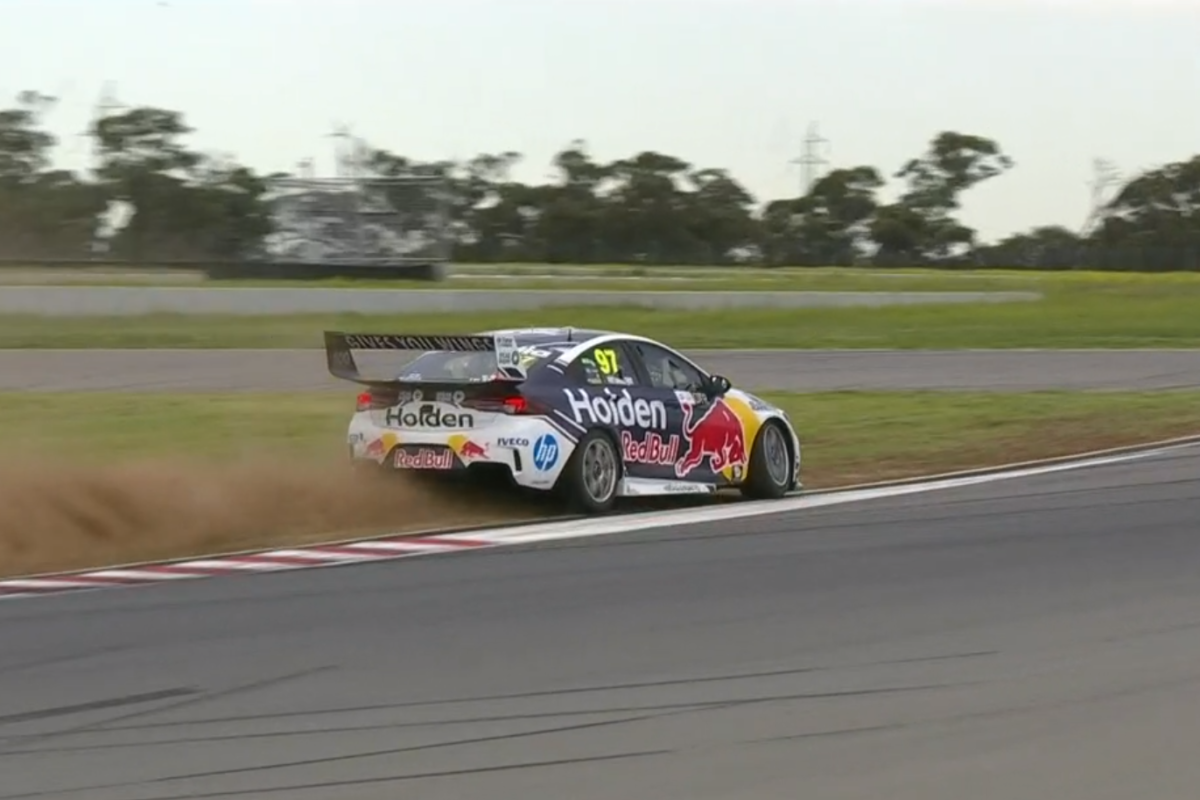 One of Shane van Gisbergen’s many offs pic: Fox Sports