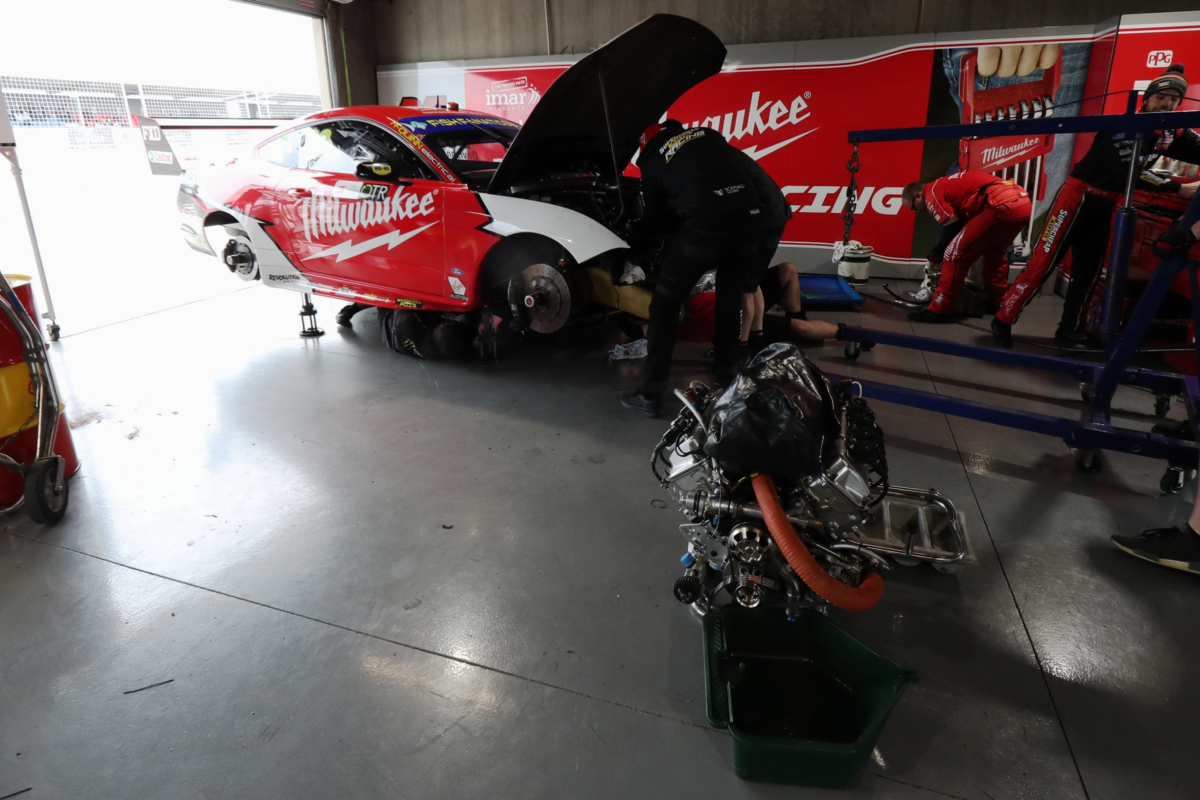 Work underway to change the engine in Will Davison’s Mustang

Tickford Racing will change the engine in Will Davison’s Mustang after an issue prevented him from completing Armor All Qualifying for Race 21 at The Bend.

Davison was forced to stop the 23Red Racing entry right at the end of the final part of qualifying.

Initially it was though a tyre had blown before Davison confirmed he had suffered an engine issue which will see his team fit a new power unit in time for this afternoon’s race.

Davison will start from 10th on the grid as the failure struck while on a lap that saw him set personal best times in the first two sectors of the lap.

“No warning at all. One of those things that happens,” said Davison when asked about the issue.

“Obviously the track got quick there as the rain stopped, and I was on a roaded tyre but I was on a high-47 (lap time) I’d say, it was a really good lap, the car felt amazing, and as I just got on the brakes for Turn 15 I just felt a huge vibration which was the engine imploding itself.

“Literally was going backwards on my own oil as I felt that engine go. It was a bit confusing for a moment, what happened because it was very sudden.”

Lee Holdsworth just missed out on a berth in the final part of qualifying and will start from 11th position, three spots ahead of Tickford wildcard Thomas Randle.