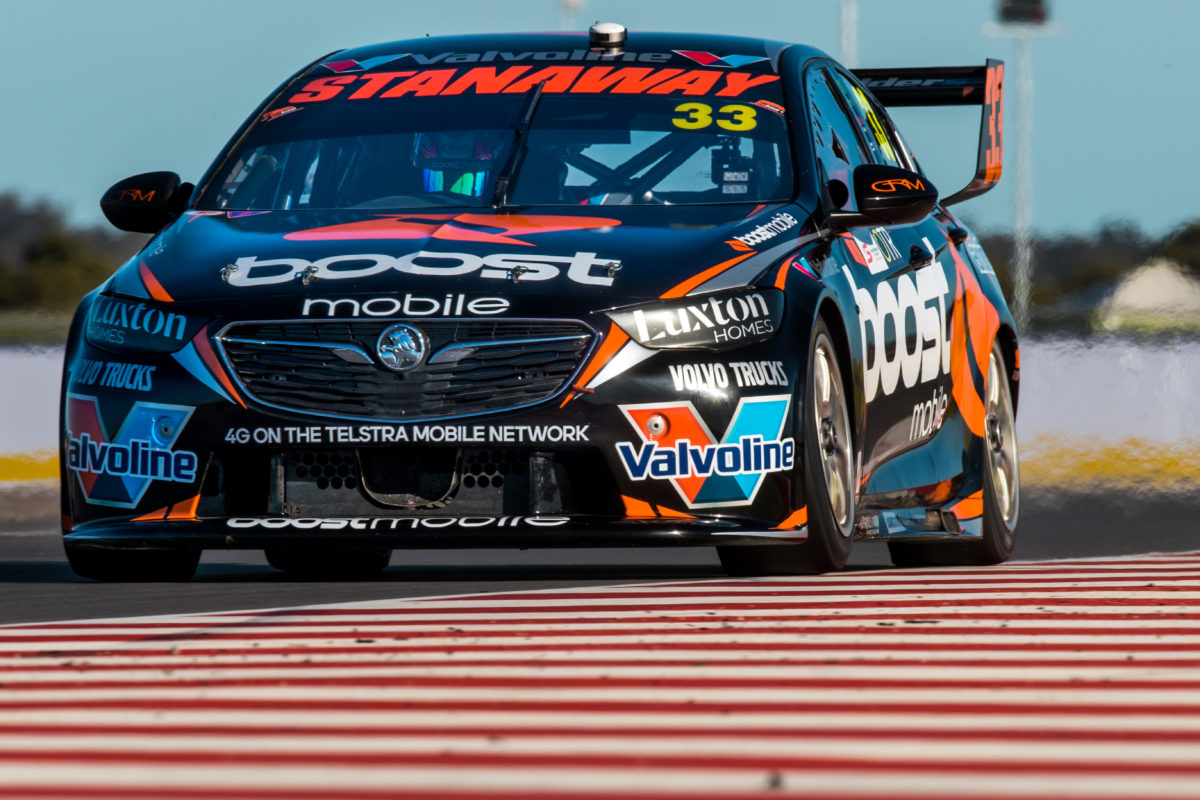 Richie Stanaway believes a decision to ignore the pain and race at Winton prolonged his time on the Supercars sidelines which ended today at the OTR SuperSprint.

The Boost Mobile Racing driver returned to Supercars action for the first time since sustaining a prolapsed disc in his neck that forced him to withdraw midway through May’s Winton SuperSprint.

Stanaway was forced to sit out events at Darwin, Townsville and Queensland Raceway and was required to undergo several scans and visits to hospital to complete his recovery

After making a successful Supercars return today, the New Zealander says that initially ignoring the injury that cropped up during a test day at Winton in May proved costly.

Having now completed two 30 minute practice at The Bend Motorsport Park, the 27-year-old is confident he can push without taking precautions.

“It was a fairly minor issue but just the fact that I tried to race at Winton turned it into a fairly major issue,” said Stanaway, who finished 24th on combined times in Friday practice at The Bend Motorsport Park.

“Ideally I probably shouldn’t have raced at Winton and then I probably would have lost out on less time but I guess because I didn’t realise how serious it was and I just sort of pressed on and tried to ignore it, and then the Saturday at Winton, made it into the issue that it was.

“Now that it’s fully healed, there are no precautions that I need to take and I drove an open-wheeler (S5000) last week which, if anything is going to cause a flare-up, it would have been that, and I was completely fine and fine today.

“It’s good not to have to worry about any pain or anything like that, I can just get on with it.

Prior to the injury Stanaway had endured a tough start to the season, finishing inside the top 15 just once.

Although frustrated to have been on the sidelines, seeing stand-in drivers Chris Pither and Michael Caruso struggle for outright pace has helped him stop questioning his own ability in the car.

“It’s been interesting for me to see things from the outside,” he added.

“I guess there was a bit of a question mark around myself with the results before I had to pull out (at) Winton.

“But seeing two guys in the car that I guess respect, seeing them struggle as well I guess validated and made me not question myself as much.

“We know what we need to work on now and need to crack on with that and try to improve throughout the season.

“There’s a big focus on the enduros for us now. It has obviously not been a great season but we will quickly forget that if we grab a decent result during one of the endurance races.

“We have got a lot of data to look at, we have just got to work really hard and try to turn the season around and I guess that all started today.”

Stanaway will return to the track tomorrow for a final practice session before Armor All Qualifying.