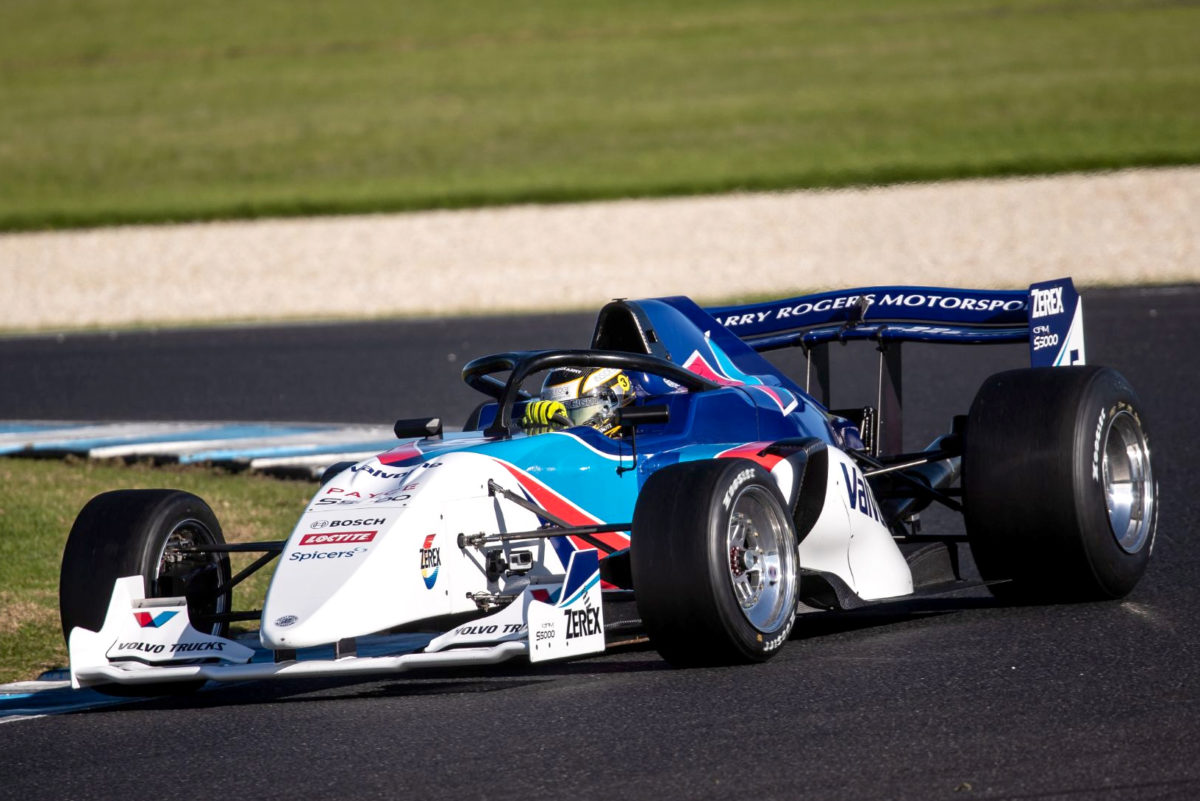 S5000 will evaluate a number of drivers at Phillip Island

S5000 has revealed the first trio of names set to test a car at the series’ evaluation test at Phillip Island.

Former A1GP and Superleague Formula driver, Martin, has already experienced the car following a run out at Queensland Raceway earlier this month.

The experienced driver is keen to secure a deal to join the already confirmed Rubens Barrichello on the grid at the inaugural round at Sandown from September 20-22.

“We certainly want to do Sandown, but I need a couple more things to fall into place before it is confirmed.

“These S5000 cars are so cool. I definitely want to be involved and there’s a lot of really positive hype and talk about it.

“For sure, my priorities for Sandown is my TCR Honda, but if there’s a way that I can make the S5000 work, I’ll be doing it.”

After securing this year’s Formula 4 title, 19-year-old Leeds is keen to sample the V8 powered single seater before deciding to pursue a drive in the category.

Meanwhile, the test will offer a new experience to motorcycle racer Beaton.

The Mid north coast local has been brought up in the motorcycle road racing scene and has competed in Australia and around the world.

A regular over the past decade in the Australian Superbike scene, he has raced Ducatis, Suzukis and BMWs, and has a long-standing relationship with the K-Tech Irving Vincent team, who are behind Beaton’s S5000 bid.

“In the last 18 months, I haven’t done a great deal of racing after I had a racing accident in January, so I’m really itching to get back into some competition,” said Beaton.

“I have a long relationship with Ken and Barry Horner from Irving Vincent Motorcycles. Their business does a lot with GRM, so that’s how this how all come about.

“But I have to admit, I was baffled when Barry Horner told me this is what they’re doing at Phillip Island. Don’t get me wrong, I’m excited, but it’s daunting at the same time.

“I’m really over the moon, and I can only be thankful for the opportunity.

“It’s two extra wheels than I’m used to, but I will have the right people around me at GRM. The plan is to see how I adapt to four wheels motorsport and see what happens.”

GRM is taking five cars to Phillip Island for the private test ahead of the Sandown S5000 race weekend, with more drivers expected to be confirmed for the test in the coming days.