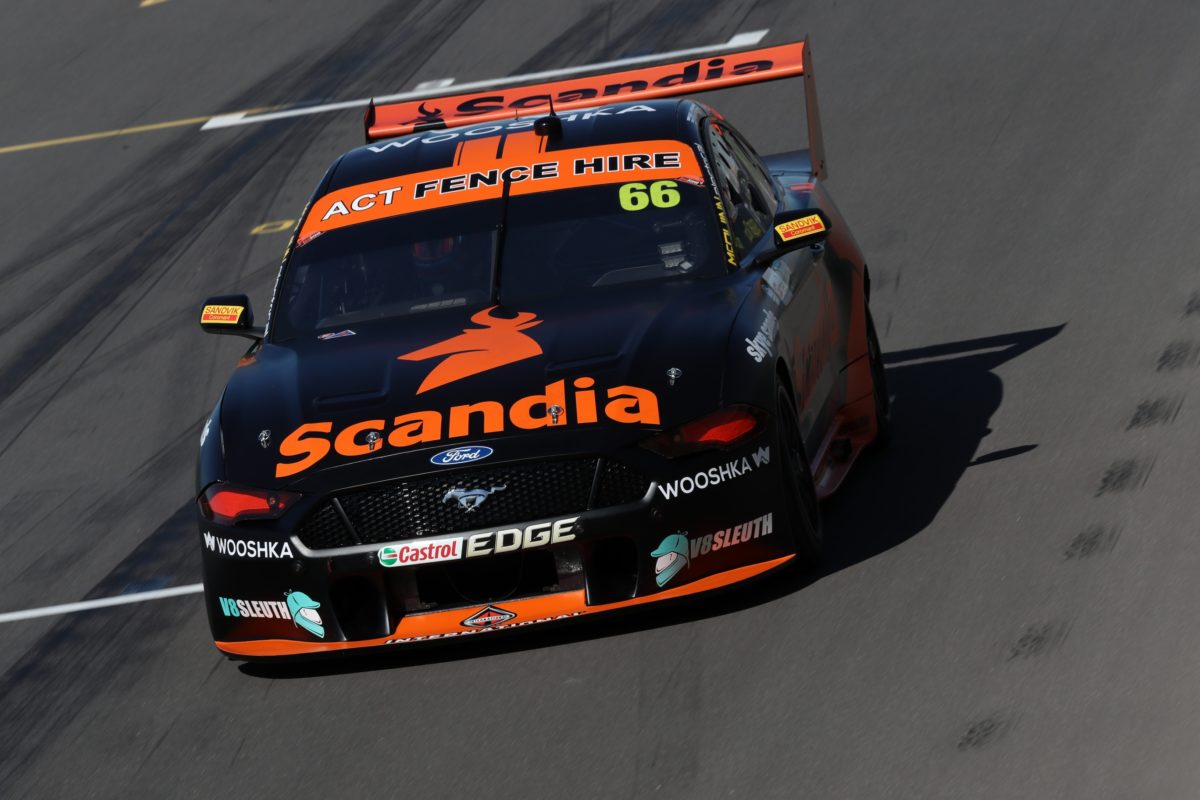 Tickford wildcard Thomas Randle has set the pace in the Additional Driver practice session at The Bend Motorsport Park.

The debutant clocked a 1:49.9095s in the #66 Scandia Mustang in the latter stages of the half-hour session, while team-mate Michael Caruso ended up second at 0.1643s adrift in the #6 Monster Energy Mustang.

James Moffat was fastest straight out of the box in one of four Tickford-run Mustangs in the session with a 1:51.7433s on his first flyer in the #55 Supercheap Auto Racing entry.

Tander took over top spot next time around and improved again with a 1:51.2904s before the end of his first run.

Tander found another 0.0161s two laps later before Randle set what would prove to be the fastest lap inside the final four minutes, also beating last year’s Practice 1 fastest lap of 1:50.1395s.

Caruso slotted into second with the chequered flag out, while Canto was almost as late a mover to what ended up being fourth position.

Moffat was shuffled back to sixth, from Alex Davison (#23 Milwaukee Mustang) in the last of the Tickford cars to go out for the AD session.

Tim Blanchard put the #8 X Convenience ZB Commodore eighth, while Craig Lowndes was 1.4124s off the pace in the #88 Triple Eight ZB Commodore and Dale Wood rounded out the top 10 in the #15 Castrol Altima. 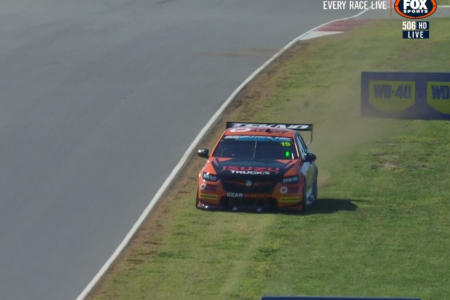 Jonathon Webb was 20th fastest in the #19 Truck Assist ZB Commodore with a strange moment between Turns 12 and 13 along the way.

Webb was distracted by a rollbar change when he steered onto the grass along the straight, but gathered the car up in time for the following right-hander.

“I said to the boys after I went through all that and gathered it back up that I definitely found out I can’t do two things at once,” said the 2016 Supercheap Auto Bathurst 1000 winner.

“I was looking down playing with bars and other things, looked up and realised I’d run out of road, so I’ll steer clear of that one next time.”