Murray quickest in Carrera Cup practice at The Bend

Murray quickest in Carrera Cup practice at The Bend 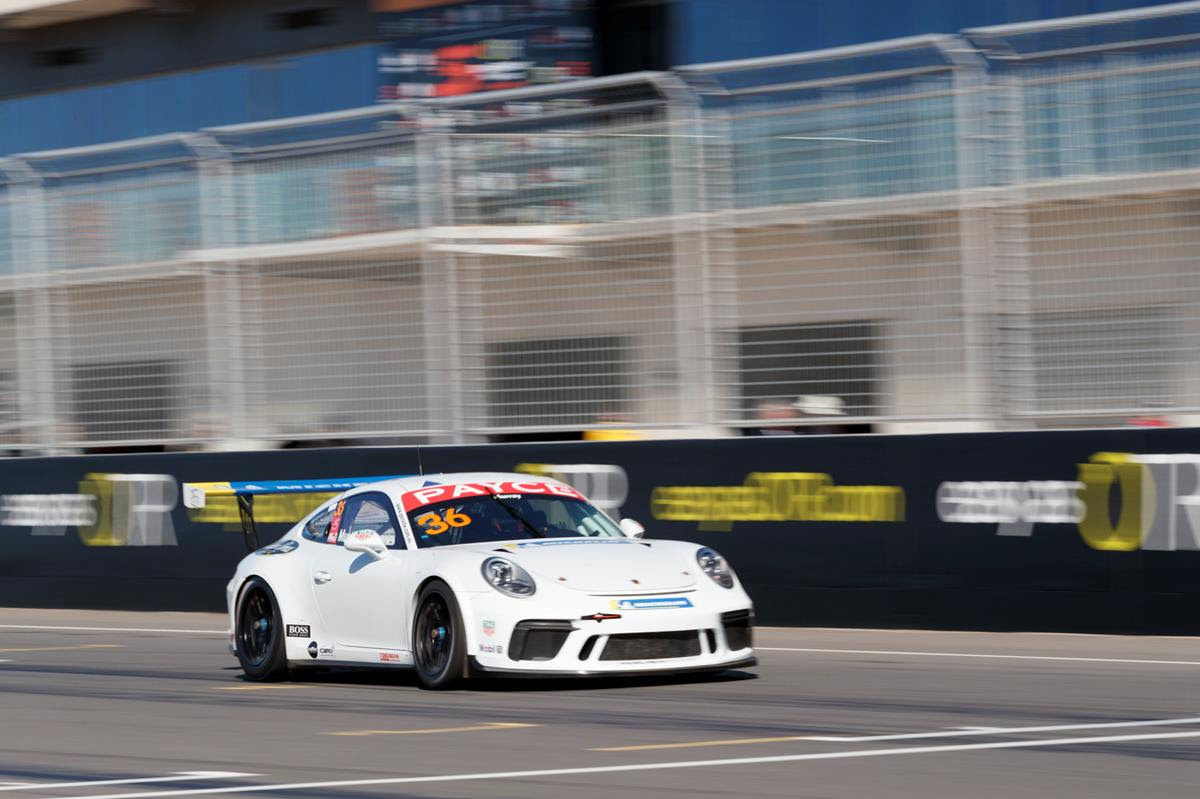 Cooper Murray has topped the timesheets in practice for Round 6 of Porsche Payce Carrera Cup Australia at The Bend Motorsport Park.

Murray (McElrea Racing) lapped the circuit in 1:51.0748s, two tenths faster than the practice record which James Moffat set in 2018.

Warren Luff (McElrea Racing) and Jordan Love (Sonic Motor Racing) ended up fourth and fifth respectively despite being among many to come unstuck on the dusty track surface during the afternoon session.

They and Thomas Maxwell (Sonic) were seen sailing wide throughout the session, while series leader Dale Wood (Sonic) and Tim Miles (McElrea) had spins.

Qualifying for the first of three races starts tomorrow at 1055 local time/1125 AEST.