McLaughlin fastest in Practice 1 at The Bend

McLaughlin fastest in Practice 1 at The Bend 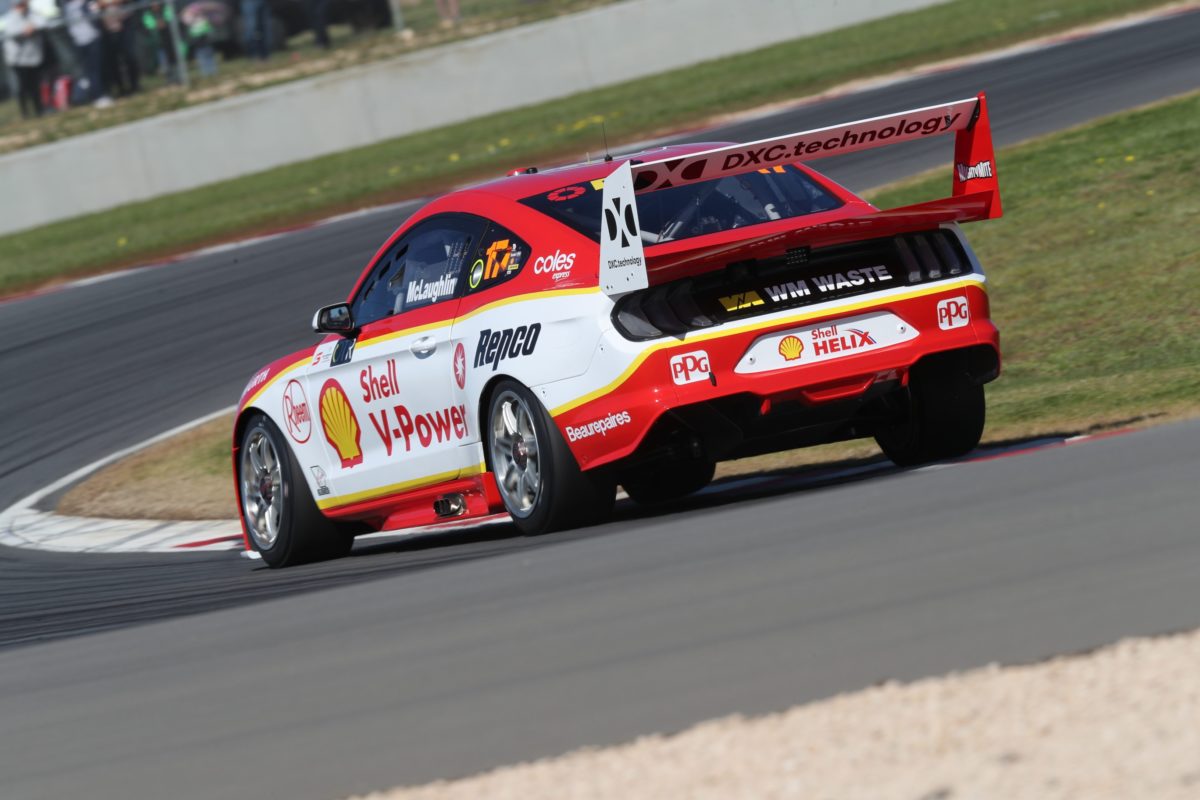 Scott McLaughlin was more than three tenths faster than his rivals in Practice 1 for the OTR SuperSprint at The Bend.

McLaughlin’s best of 1:49.7988s was around a second faster than anyone else had done for more than half of the 30-minute session before Tim Slade improved late in the piece to go 0.3594s slower.

Four of the Tickford-run Mustangs followed, headed up by Lee Holdsworth and then wildcard Thomas Randle, while Shane van Gisbergen was the Red Bull Holden Racing Team’s best in 12th.

McLaughlin clocked what would be the fastest lap during his second run in the #17 Shell V-Power Mustang, which put him 1.2530s clear of Randle, the previous pace-setter, at the time.

Chaz Mostert got within a second of the championship leader a few minutes later, before Slade jumped from 13th to second in the 28th minute with a 1:50.1582s in the #14 Freightliner ZB Commodore.

“We chucked some (good) tyres on in the end there and it wasn’t a fantastic lap,” cautioned Slade.

“I don’t take massive confidence out of it.”

Holdsworth jumped from outside the top 10 to third in the #5 The Bottle-O Mustang shortly after, less than two hundredths shy of Slade’s time.

Randle also improved in the final minute to be 0.5272s adrift of the top in the #66 Scandia Mustang, just ahead of team-mates Cameron Waters (#6 Monster Energy Mustang) and Will Davison (#23 Milwaukee Mustang).

Van Gisbergen was 12th after spending a long time in the garage, during which time the front bar on the #97 ZB Commodore was changed due to splitter flap at the end of the main straight.

Several others had dramas in trying to negotiate the succession of right-handers at the end of the second half of the lap.

Jamie Whincup (#88 ZB Commodore) was back in 19th in the second of the Triple Eight Race Engineering entries.