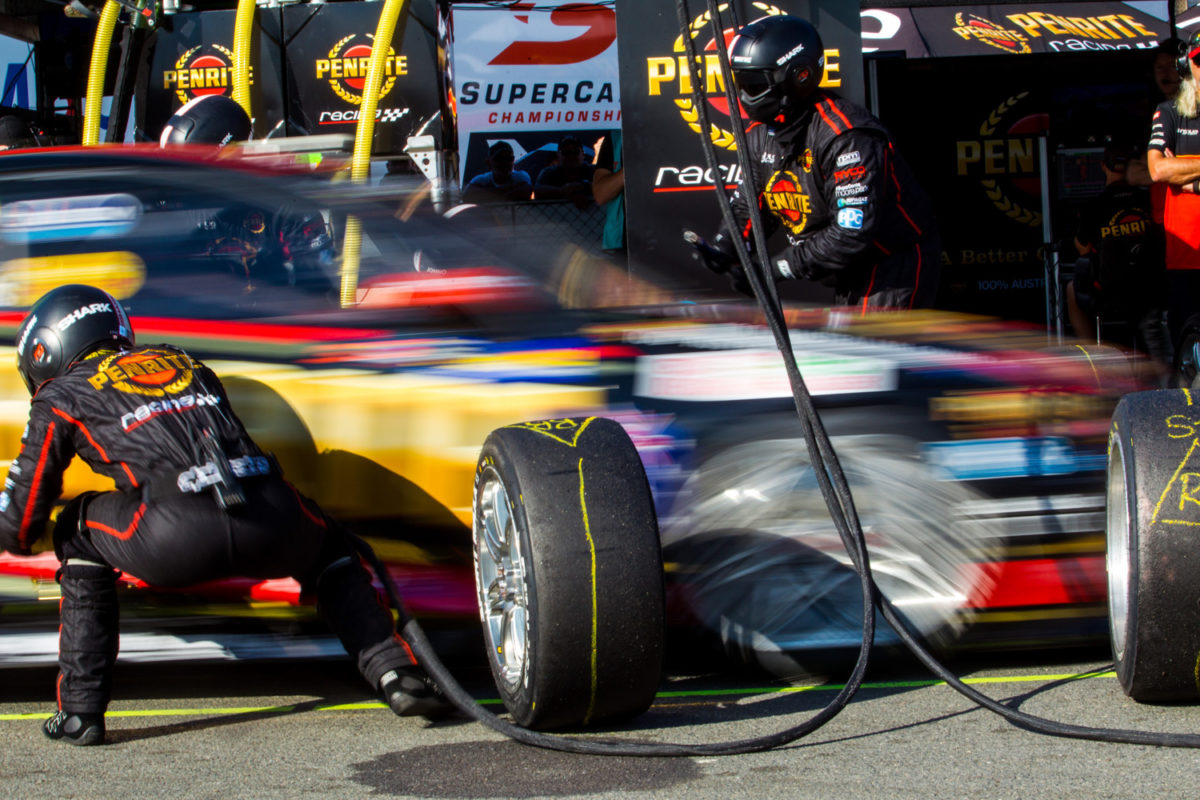 The Melbourne squad has arranged for a personal trainer to visit the workshop twice a week to conduct 60 minute fitness workouts with its staff.

A call to improve fitness levels inside the team was tabled following the completion of a survey, designed to pinpoint areas for overall team improvement, carried out after the Ipswich SuperSprint.

While the squad has proven its pace on the track, niggling errors in pit stops and misjudged fuel calculations have cropped up in recent rounds.

Penrite Racing CEO Barry Ryan believes a fitness drive will also help the team’s mental sharpness while the group activity can be used as a bonding exercise.

“We put a shout-out to the whole crew to say, ‘Right, what’s your minimum three things you want to see fixed or better in the team?’ and a lot of it was around fitness and training and being sharper, so the team basically called that plan and we put a plan into action,” Ryan told Speedcafe.com.

“We’ve started proper full team training fitness sessions, so twice a week we have a trainer come in for an hour and we all get into the training, everybody in the workshop.

“Obviously with the fitness comes mental, so we’re just trying to recognise what we can do better as a team.

“The last three-and-a-half years have been such a whirlwind that we’ve probably ignored a bit of that or hadn’t had time for it.

“But now we’re on top of the operation a bit better – everything operational; the cars, the truck, all that’s ticking along pretty good – we can actually start thinking about ourselves and make ourselves better, which is going to make it better overall for concentration levels and fitness levels, everything’s going to be better if we can get that improved.”

Ryan himself has also taken part in the sessions despite being restricted from some exercises due to a recovery from a recent ankle operation.

“Because of my ankle, I’ve been doing the upper body exercises but not running or anything,” Ryan added.

“They’ve all done beep tests and fitness tests with how many push ups you can do, and all that sort of stuff, so it’s been a bit of fun as well.”

The squad is aiming to bounce back from a below par Ipswich SuperSprint when the championship returns to action at this weekend’s OTR SuperSprint at The Bend Motorsport Park.