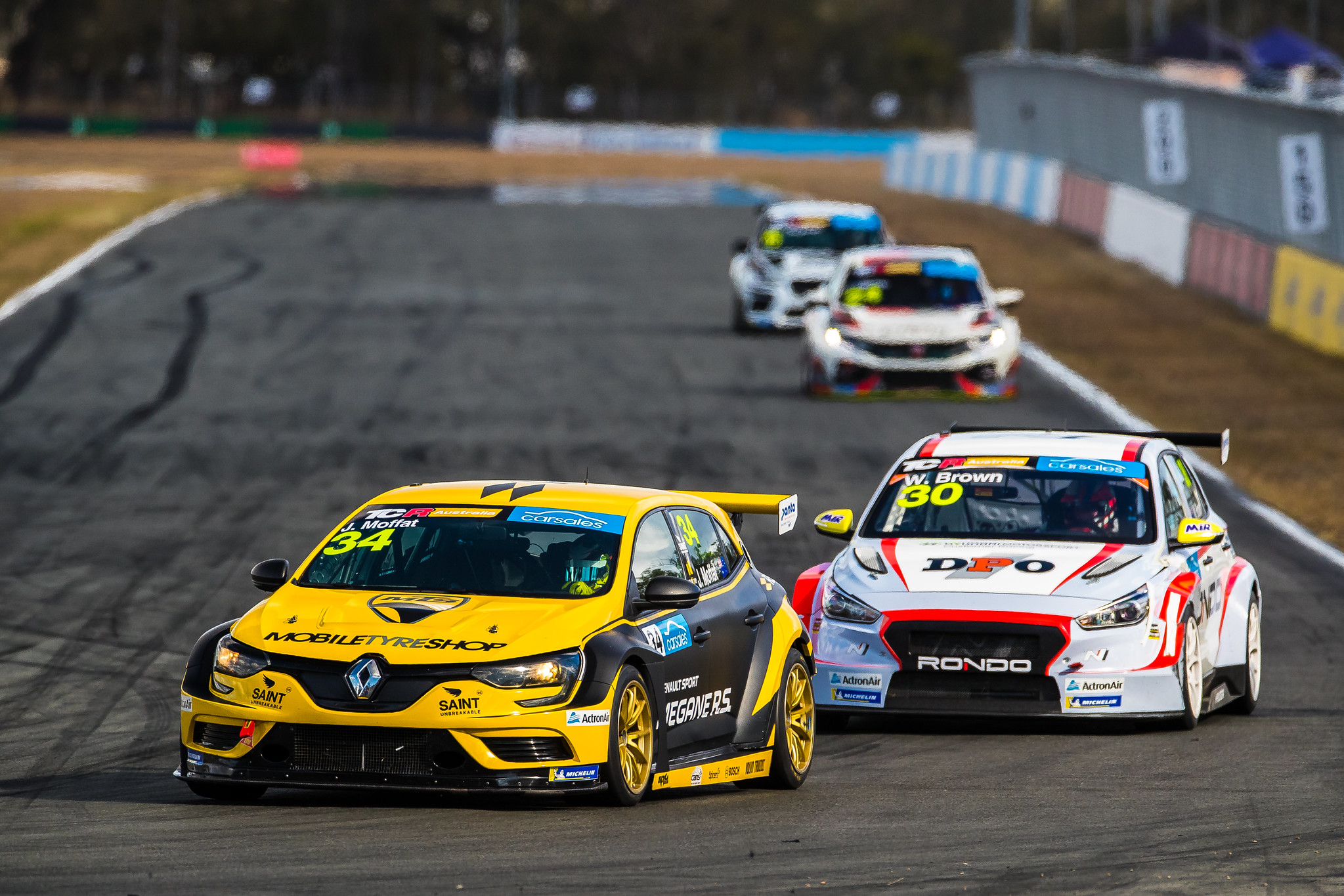 TCR Australia will run a two day meeting at Winton

TCR Australia has moved to a two-day format for Round 5 of the series at Winton Motor Raceway.

Organisers have elected to re-organise its schedule with traditional Friday practice running now moved to Saturday.

TCR teams will still have the ability to drive their cars on the Friday afternoon in a ‘TV’ session.

The Shannons Nationals meeting has seen its support bill reduce following the cancellation of the V8 Sleuth Touring Car Classic and S5000 demonstration laps, with the latter removed due to its proximity to a test/evaluation day at Phillip Island next week.

TCR Australia will now only be joined by the Australian Prototype Series and Porsche 944 Challenge.

“An opportunity with the scheduling has seen us move to a two-day race meeting,” said TCR Australia category manager Liam Curkpatrick.

“Our teams will not really be affected, and it will make for a really fast-paced, action-packed day on Saturday, with a longer practice session added at the start of the day.

“We are always looking at ways to reduce the costs for our teams, and this will be a good chance for us to see how a two-day race meeting will potentially work for certain events in the future.”

Shannons Nationals director Michael Smith claims the Winton meeting was intended to be a two-day event.

“This round of the Shannons Nationals has always been planned as a two day event which provides fans and competitors with an exciting weekend of racing,” said Smith.

“For Winton, tickets will only be available at the gate and there will be plenty of racing on offer, including the very successful TCR Australia Series, the Australian Prototype Series who will have four races across two days, and the Porsche 944 Challenge.

“We also understand the tight schedule the S5000 faces in preparation for its racing debut, with its upcoming test at Phillip Island meaning it unfortunately won’t be on show at Winton – however, we are very excited about the very first race at Sandown in a month’s time.”

As per original scheduling, livestream viewers will be able to catch qualifying and the races live, while SBS will broadcast the TCR Australia Series races live, free and in HD on Saturday and Sunday.