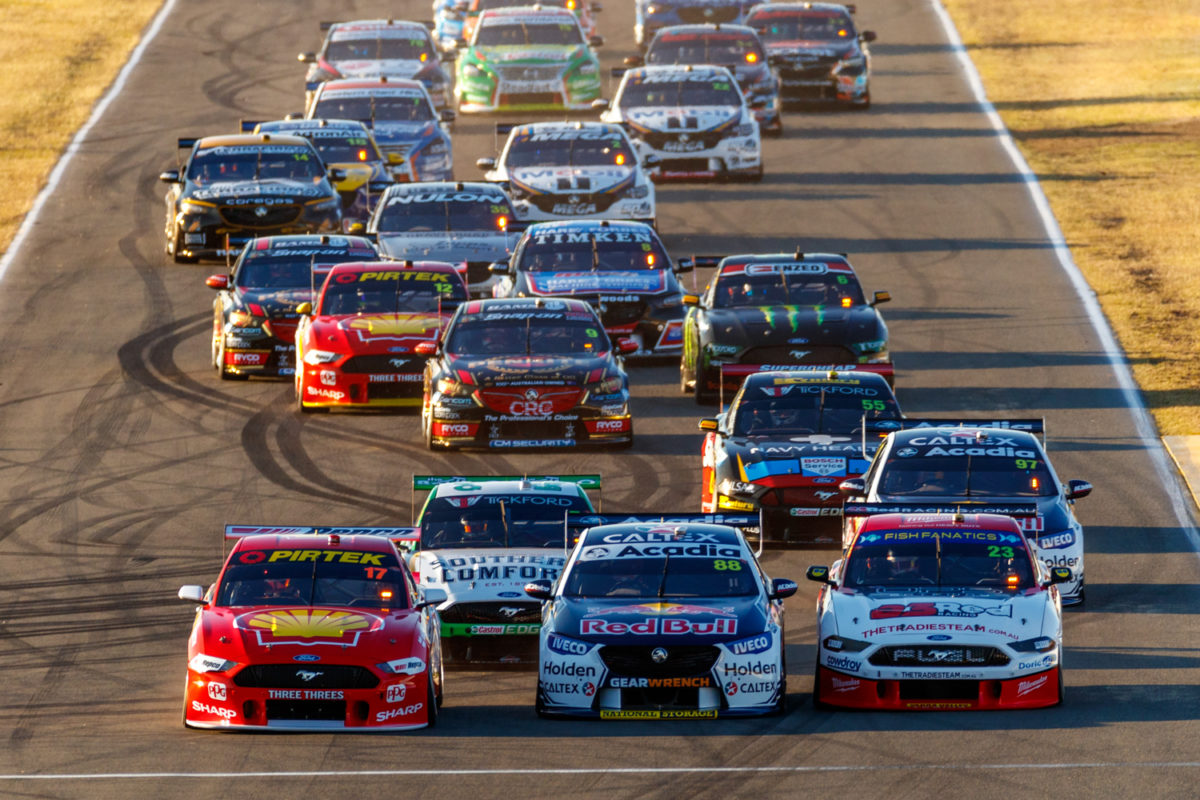 Supercars teams are already investing time and money into perfecting drive-by-wire throttle systems in anticipation that the category elects to introduce the technology next year.

The championship is actively investigating a move to electronic throttles as part of its technical package reform for 2020.

Drive-by-wire systems have been adopted by various motorsport series and are becoming increasingly more common in road cars.

The system was expected to feature when Car of The Future was launched in 2013 before the championship abandoned plans and converted pedal boxes back to the traditional method.

Drive-by-wire allows computers to program a more precise control of the throttle opening compared to a traditional cable that stretches over time.

Its implementation will assist in achieving parity across engines and could pave the way for the introduction of assisted shift or hybrid technology further down the line.

While Supercars is yet to sign off on drive-by-wire throttles, teams and engine manufacturers have already invested a fair amount of time and money gearing up for its introduction.

Walkinshaw Andretti United (WAU) was the first team to test its 2020 specification engine and own-developed drive-by-wire throttle on track in a special test at Winton on behalf of Supercars.

Meanwhile, Triple Eight is busy working on its system that is expected to be tested on the dyno after this weekend’s OTR SuperSprint.

The squad has experience of drive-by-wire throttles thanks to the technology being incorporated into its Sandman Supercar, although the team has had to purchase new, expensive electric motors to adhere with Supercars’ 2020 package.

“It’s something that we’ve definitely already invested a lot of time in and some money as well because you do have to buy in, especially the drive-by-wire motors that are very expensive, because obviously you have to get a good quality one,” team manager Mark Dutton told Speedcafe.com.

“We feel it’s not ideal to just get something off a road car that will enjoy the rigours of racing, so you get motorsport-specific, which comes with a price tag.

“But when it’s associated with controlling the power of an engine, you need to make sure you’re going in with the best possible components and design and testing.

“It’s not 100 percent signed off (by Supercars), but you can’t be left waiting, especially because Triple Eight combined with (engine supplier) KRE supply a lot of customer engines, so there are a lot of teams out there that will be forking out some cash.”

Cost is likely to be a factor with Supercars currently working on reforms designed to improve the sustainability for teams.

While in approval of the advancement of technology, Dutton echoes the view of his boss Roland Dane regarding a move to drive-by-wire throttles.

“Assisted shift, if you’re doing that then drive-by-wire goes hand in hand to maximise your transaxle life,” he added.

“Apart from that, it’s a large expense. We feel that, at this stage, is a bit of an unnecessary expense.

“We’re really trying to save money, et cetera and the whole category is, and this is spending money. It’s as simple as that.”

Ford squad Tickford Racing, which builds its own engines along with DJR Team Penske, WAU, and Kelly Racing, has started work on its system.

“In terms of the drive by wire, we’re all just using off the shelf drive-by-wire motors,” team co-owner Tim Edwards told Speedcafe.com.

“There’s thousands of options you can choose from there because most road cars have drive-by-wire motors.

“We’re all choosing a drive-by-wire motor that suits our own installation.

“So, it’s developing that and it’s just a matter of understanding the software and learning how to program it.

“Drive-by-wire, it’s not exactly cutting edge. It’s available in most road cars, so we’ve got a little bit of work to do to adapt the drive-by-wire motor to our own engines and that’s why we’ll be running them on the dyno, and then a little bit of track testing.”

Supercars Commission member Edwards says drive-by-wire throttles would eliminate over-revs and subsequent damage to engines in the future if it is combined with assisted shift, should Supercars pursue the technology further.

“You can still have a gear lever with assisted shift, but, effectively, once you go to assisted shift, which you need to drive-by-wire to do, it then can totally eliminate over-revs, for instance,” he said.

“You can minimise damage to the engines. You’ve got much better control over shifts and you have less dog damage as well because it’s all done electronically.

“So there’s all these things that can come into play further down the track, but to even consider doing assisted shift, well, first of all, you’ve got to have drive-by-wire.

“We are just chipping all these things off so that further down the track there’s options available.”