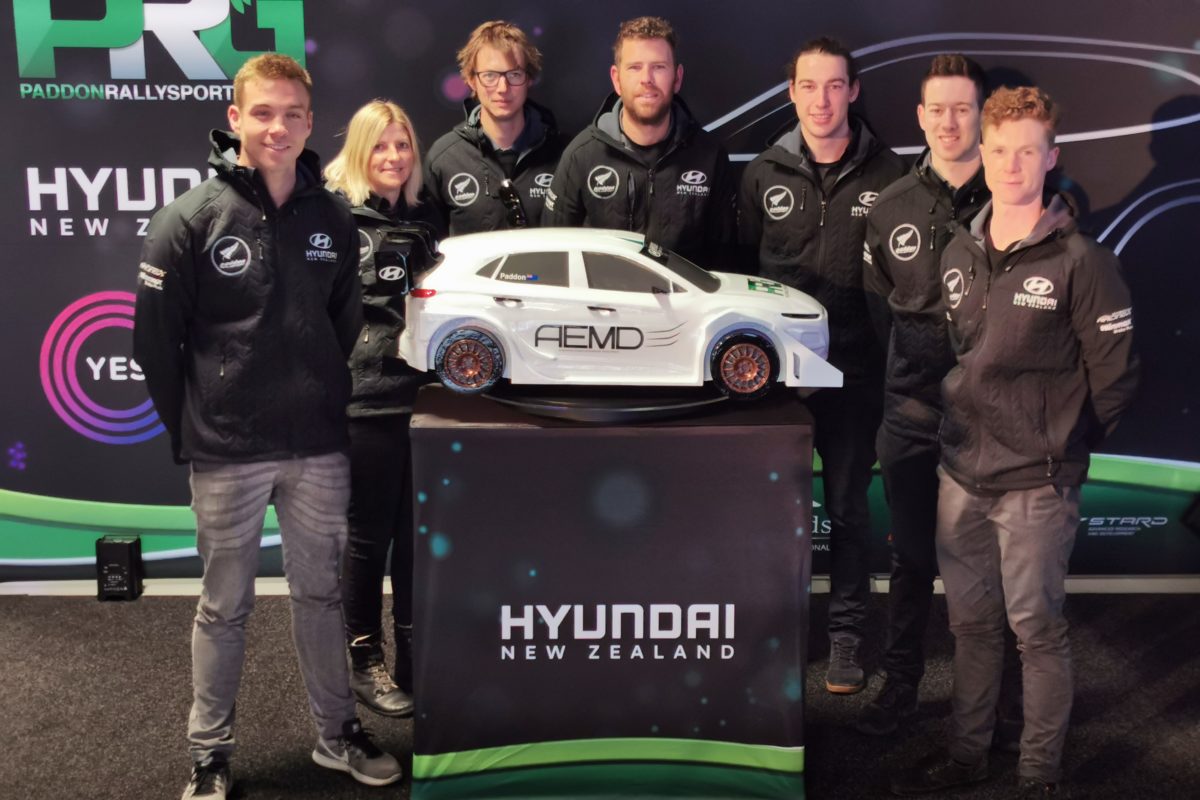 The Paddon Rallysport Group (PRG) has announced that it is developing the world’s first electric rally car which can complete full length rallies in conjunction with Hyundai New Zealand.

A Hyundai Kona forms the basis of the project, which is based at PRG’s Highlands Motorsport Park headquarters and led by Hayden Paddon himself, with the team aiming to finish the first prototype by April 2020.

From that point, it will compete in New Zealand events before work on increasing its range such that it can last a full length rally, and work on a second prototype, takes place the following year.

PRG, which has created a new Alternative Energy Motorsport Development (AEMD) division, says that the project offers it global opportunities.

“This first EV rally car from the new PRG division Alternative Energy Motorsport Development will be a showstopper in terms of performance and will do things differently to electric-powered competition vehicles seen to date,” declared Paddon.

“Alternative energy powerplants are very quickly evolving in the consumer-focused automotive sector, but the same developments are not as widespread in motorsport and certainly not in rallying.

“A friend and I discussed the concept of electric-powered rally cars.

“Not unlike most motorsport enthusiasts and their first impressions of the concept, I thought ‘not EV!’ (Electric vehicle)

“But the more I thought about it, the more potential I could see to align top tier rallying with the technology aims of major vehicle manufacturers.”

Hyundai New Zealand General Manager, Andy Sinclair said: “We are excited to be involved in the development of the world’s first electric rally car with Paddon Rallysport.

“As the number one new EV brand in New Zealand we are committed to being at the forefront of innovation and championing the EV industry here, so this project aligns with us leading the way.”

The announcement comes off the back of the FIA World Motor Sport Council’s confirmation in June this year that hybrids will be introduced to the World Rally Championship in 2022.

For at least the initial three years, the supplementary hybrid system which the World Rally Cars will carry will feature common electric motors and batteries.

Paddon explained that rallying presents a unique set of challenges for hybrid systems above those encountered in circuit racing.

“From some of the EV technology that already exists, performance is already there – some cars have up to 1000bhp (745kW),” he noted.

“It’s how you harness that performance for rallying, for example with torque vectoring for gravel/low grip situations and the range needed to complete a full day’s rallying.”

The WRC event winner also moved to calm concerns about the noise (or lack thereof) of the Kona EV.

“I’m committed to making sure our car creates the kind of noise a rally fan enjoys,” stated Paddon.

“From an entirely practical point of view, a rally car needs to create a loud and distinctive sound for the safety of officials, marshals, media and spectators out viewing the rally action.”

PRG has history in developing new rally car concepts, having been responsible for the first Hyundai built to the AP4 specification adopted in Australia and New Zealand.

Its latest project has come about with technical partnerships with the University of Canterbury Engineering Facility on New Zealand’s South Island and Austria’s Stohl Advanced Research and Development.