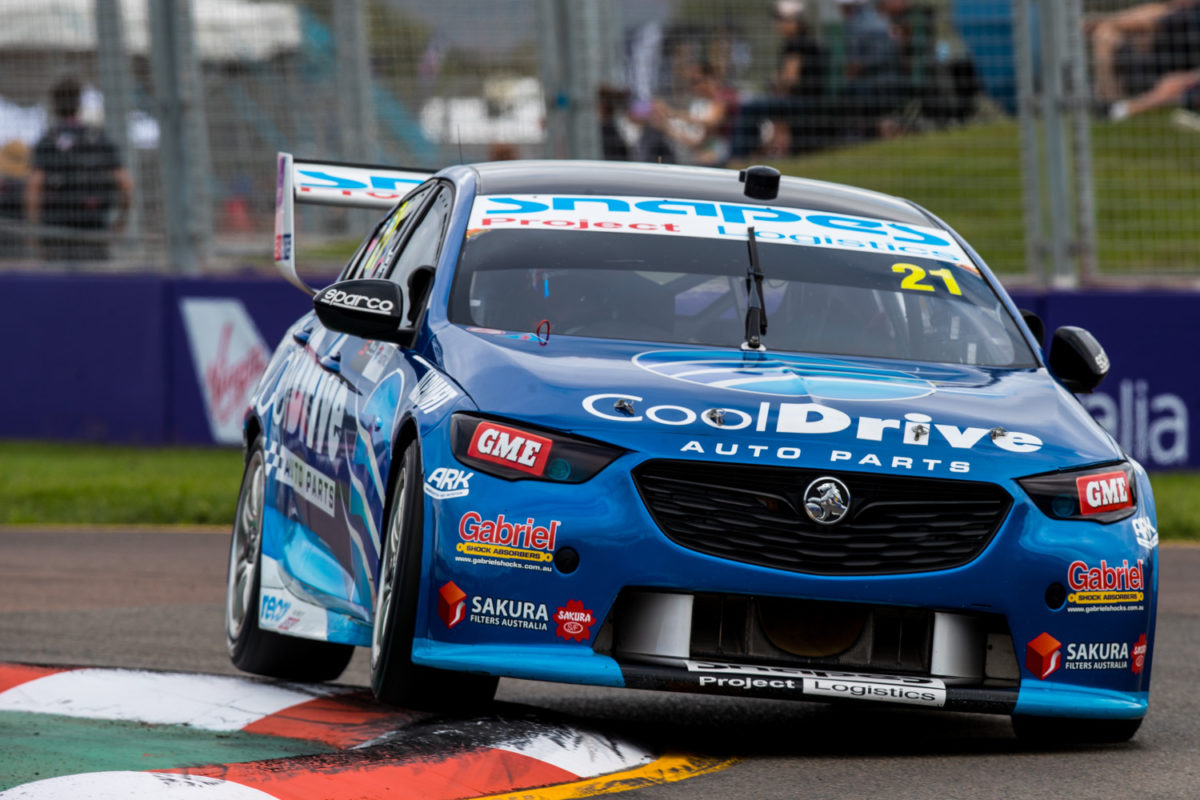 Macauley Jones is adapting his driving technique to take in traits from Brad Jones Racing team-mates Nick Percat and Tim Slade to help extract the most from his ZB Commodore.

Jones spent a final rookie day at Winton last week working on his driving style and set-up direction as he looks for a stronger second half to his debut Supercars season.

The 24-year-old has endured a challenging graduation from Super2, incurring his fair share of misfortune having unfortunately been the innocent victim caught up in several incidents.

Most notably, Jones missed the first race of the season due to damage sustained in a heavy crash caused by a brake issue at the Superloop Adelaide 500.

A pair of 16th place finishes achieved at Winton in May remain his best results of the campaign to date with the Albury native sitting 22nd in the standings.

Having witnessed his team-mates Percat and Slade regularly fighting in the top 10, Jones has looked to the pair for guidance and is now working to mirror aspects of their driving styles.

“Yeah definitely (it is great to get more running in the car) especially at the moment we are trying to get some direction with set-up, and I’m also trying work on the whole driving technique and learn what I can from Nick and Sladey,” Jones told Speedcafe.com.

“Nick seems to be pretty consistently in the top 10 area and he definitely has a different driving style to what I do, so I’m trying to get my head around it which is difficult when you are going from race meeting to race meeting.

“I feel like we are always trying to change the driving style but I’m learning some stuff off Nick and the set-up direction we are trying to go is something that isn’t suiting me at the moment, but I’m trying to get my head around it.

“It has done me good to have a reset and run at a more familiar track.”

Jones admits a tough start to life in Supercars has been character building but is confident results will come in the remaining rounds of the season.

“They say its character building but I feel this has carried on from last year in Super2,” he added.

“I have just got to keep chipping away at it. It is my rookie season and I’m not putting any pressure on and I’m really enjoying my racing and I’m loving driving the car.

“The results will get better and I’m sure luck will swing around.

“We have just got to keep working hard and make sure we don’t make any mistakes and keep building on what we have.”

This weekend will see Jones back in action when the Supercars Championship heads to South Australia for the OTR SuperSprint at The Bend Motorsport Park.