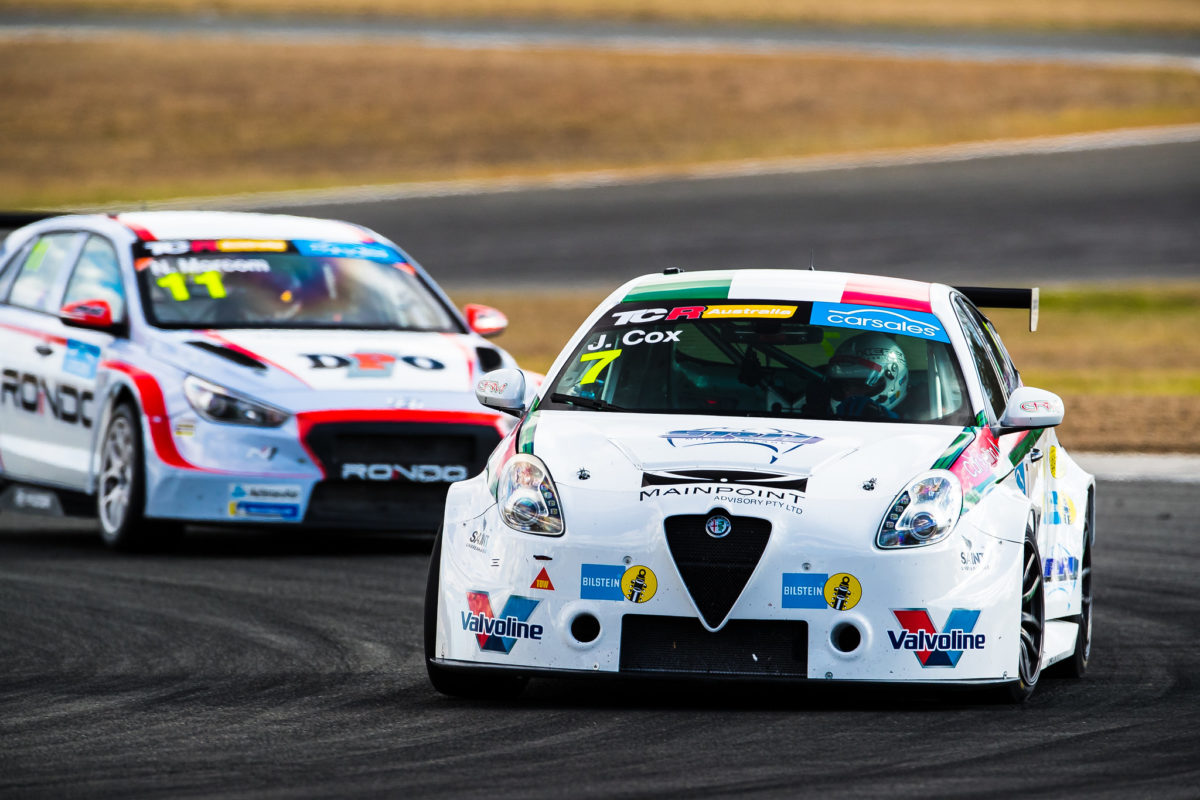 Garry Rogers Motorsport has confirmed Jordan Cox will join its TCR Australia operation for the remaining rounds of the season.

Cox was drafted in to drive the Melbourne squad’s Alfa Romeo Giulietta at Queensland Raceway earlier this month to replace the benched Jimmy Vernon.

Vernon, who was the team’s first confirmed TCR driver has parted ways with GRM after a difficult campaign and is working on plans to return to TCR Australia next year.

After standing in for Vernon in Round 4, Cox has now agreed a deal to pilot the #7 Alfa Romeo for the final three TCR Australia rounds at Winton (August 30-September 1), Sandown (September 20-22) and The Bend Motorsport Park (November 15-17).

The former Improved Production racer initially made his TCR Australia debut with Wall Racing where he quickly left an impression on the category by finishing all three races inside the top six.

“It’s one of the biggest opportunities I’ve had in my career. It’s great to be in a position where I can solely focus on driving the car and achieving the results,” said Jordan Cox.

“The team and I really gelled well. GRM is a hard working team and it was terrific to be involved with them.

“My sponsor group is really excited to be part of the GRM team and the Alfa Romeo, which has proven to be a great car.”

GRM team director Barry Rogers is pleased to have secured Cox’s services and believes the 26-year-old will prove a shrewd signing.

“We have been impressed with his ability over the years, watching him in Improved Production, so it’s great to confirm that Jordan will be with us for the rest of the season,” said Rogers.

“Our engineers have been impressed with his work ethic. He is a mature young guy and is very hands on.

“His knowledge and enthusiasm is something that fits into the GRM mould. There was no doubt about his ability, and he clearly wants to succeed in the sport.”

Cox will rejoin the GRM team later this month for TCR Australia Round 5 at Winton from August 30-September 1.