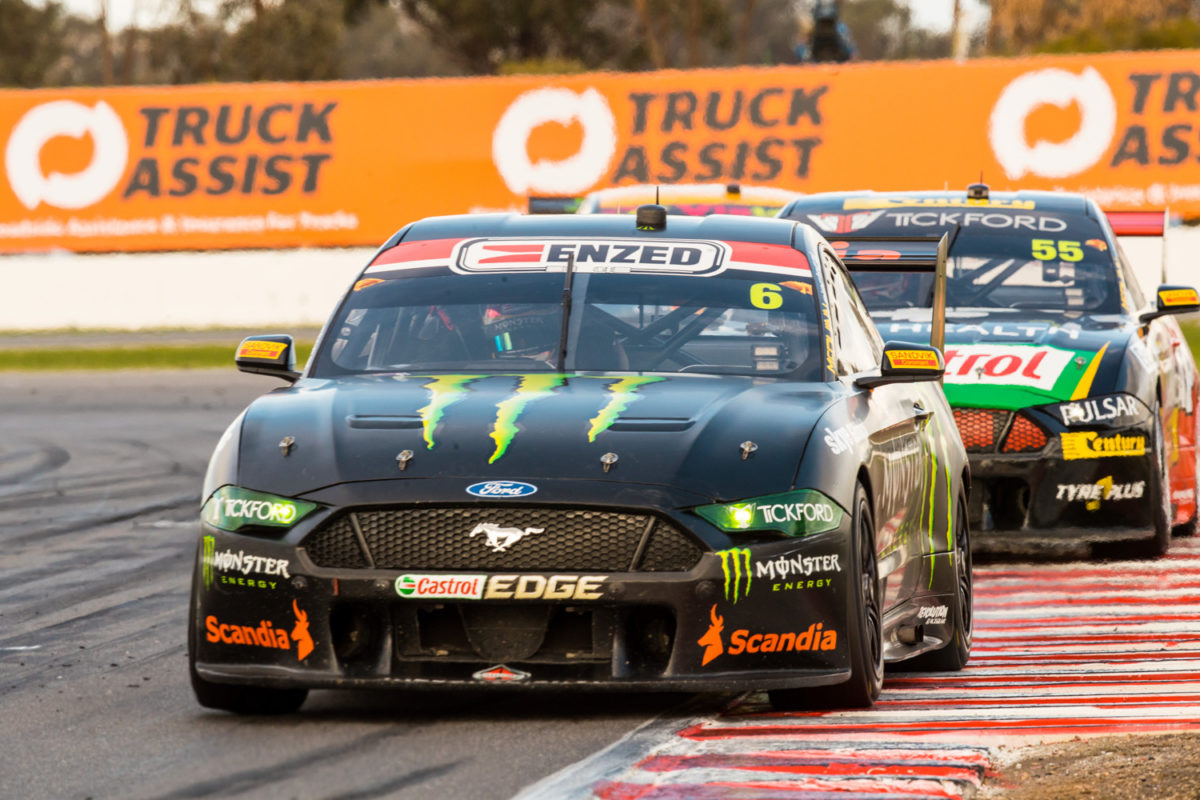 Tickford Racing ‘achieved a lot’ from a long awaited first in-season test as the Ford squad evaluated several developments it hopes will help push it back to the top step.

The Campbellfield outfit has enjoyed turnaround in form this season and is determined to close the deficit to runaway pace-setters Shell V-Power Racing and Triple Eight, which has recently stepped up its game.

A mixture of hard work and the arrival of the new Mustang has seen the Blue Oval team score 15 podiums, including a victory for Chaz Mostert, compared to just two rostrums at this point last year.

Outlining the team’s successes in 2019, all four of drivers sit inside the top 10 in the championship standings.

However, the team is not prepared to settle as regular podium contenders and has been working hard in the background on a raft of upgrades that the outfit was awaiting completion on before electing to conduct a test day at Winton last week.

“We elected not to test a couple of months ago, like some of the other teams, because we wanted to wait and actually have some meaningful parts to test on the car that you can’t do at a race meeting,” Edwards told Speedcafe.com.

“So, until we had those development items manufactured, from our perspective it wasn’t worth testing. It was great weather and perfect testing conditions and we achieved a lot.

“From a high level there were things we tried that were good.

“There’s some that have got question marks about them but, that’s what you expect out of testing, so, it was a successful day and the guys got a lot out of it, and we managed to do some pre-enduro test work as well.”

While the test could prove an important point of the season, Edwards maintains that his team must continue to develop its Mustangs to achieve its goal of becoming regular winners in the second half of the campaign.

“We haven’t stood on the top step nearly enough this year,” he added.

“Our goal is to actually be winning some, a lot more races, in the second half of the season.

“We’ve had some good results this year, there’s no doubt about that, but we don’t go there to make up the numbers.

“That’s why we’ve been working so hard in the background and developing that car because, we do want to be actually, consistently standing on the top step.

“It was a terrible year last year but, we still managed to achieve third.

“Our expectation is to be higher than that so we’ve just got to keep developing our car.

“We’ve got to keep improving. We know that our competitors are doing the same. That’s what we all do, and we’re in a fortunate position as we’ve actually got two two-car teams that are pushing hard.

“We have got Erebus just in between (in fourth) but there’s also Triple Eight that aren’t that far away from us in second place so, we’re just going to keep pushing as hard as we can.”

Tickford will hope to see some fruit from its hard work when the championship reconvenes at the Bend Motorsport Park this weekend for the OTR SuperSprint, where it will field five Mustangs.

The OTR SuperSprint is set to begin on Friday with an Additional Driver practice scheduled for 1045 local time/1115 AEST.

Next Story POLL: Who are you most looking forward to seeing race in Australia?