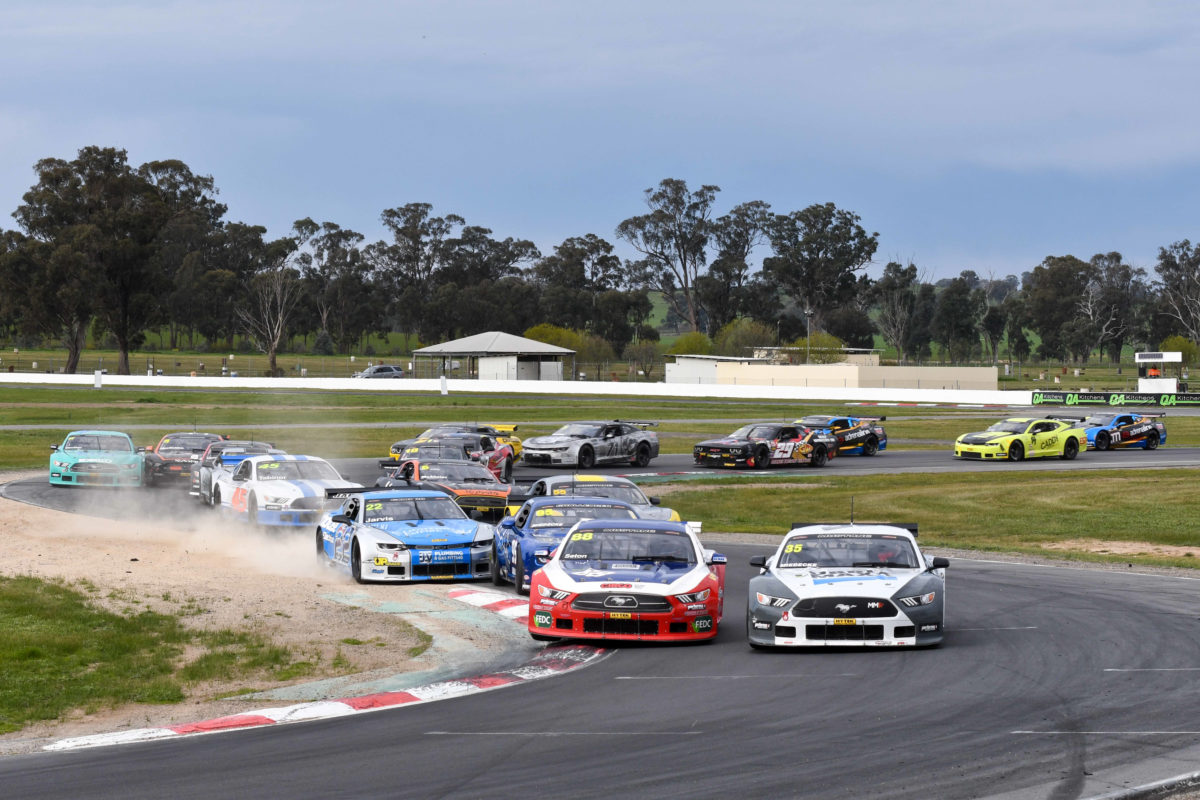 Championship rivals Aaron Seton and George Miedecke claimed two wins apiece during Round 4 of the TA2 Muscle Car Series at Winton while the latter closed the gap in the tight fight.

Seton’s wins bookended the weekend, but Miedecke was able to take out overall round honours by a single point after standing on the podium in all four races.

The deciding factor proved to be Race 2, where Seton slipped to fourth behind Ashley Jarvis and Andrew Miedecke, while George Miedecke’s worst result was third in Race 1.

Seton qualified on pole for the opening race before claiming a lights to flag victory to kick off the weekend.

He led home Nathan Herne under Safety Car conditions after Tim Tritton backed it in at Turn 1 in the dying stages of the race.

However, post race both Seton and Herne were found to have breached parc ferme regulations, and while the Race 1 result was allowed to stand they both received grid penalties for Race 2.

That allowed Miedecke to battle with Jarvis for the lead in Race 2, while a late spin for Herne, caused by a clutch failure, saw the race called early.

Seton’s fourth place came despite running on just seven cylinders when a plug lead worked its way loose during the race.

Miedecke start from pole for Race 3 courtesy of victory in the previous encounter, narrowly holding on ahead of the recovered Seton with Jarvis in third.

The grid for the final race was determined by a Top 10 Shootout, with the fastest lap going to George Miedecke ahead of Seton, with Andrew Miedecke third and Jarvis fourth.

A strong start from Seton saw he and Miedecke go side by side through the opening chicane, moving into a lead from which he was never headed throughout the 25 lap encounter.

By mid race Miedecke found himself engrossed in a battle with Herne, who’d moved from 17th to third in eight laps.

With five laps remaining the pair clashed at Turn 3 as Herne looked inside Miedecke, wiping across the front of Miedecke’s car.

A lap later, Herne ran off the road at Turn 1, tearing off his front splitter and radiator to end his race, with Jarvis inheriting third as a result.

Seton continues to lead the series, though by the reduced margin of 16 points over Miedecke.

Round 5 of the TA2 Muscle Car Series is at Sydney Motorsport Park on September 27-29.