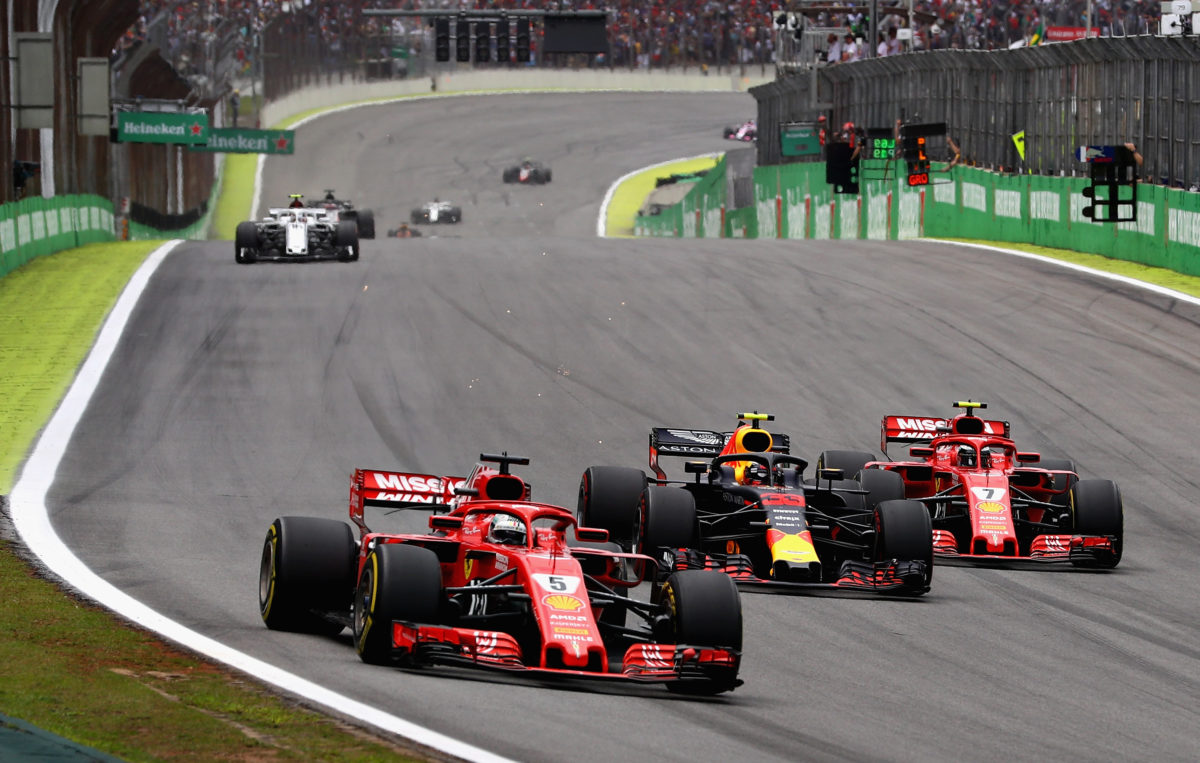 Interlagos has hosted the Brazilian Grand Prix since 1990

The back and forth between political figures in Brazil over the location of its Formula 1 grand prix has continued with assertions it will remain in Sao Paulo.

Interlagos currently hosts the race, as it has done since 1990, though a new circuit set to be constructed in Rio de Janiero could steal it away.

In May the Brazilian President threw his support behind the new venue, while in Sao Paulo the government has been working to keep the race.

Both sides have made statements announcing their intentions,  the latest coming from Sao Paulo governor Joao Doria.

“Formula 1 will not leave Sao Paulo,” Doria is quoted as saying in Brazilian publication Terra.

“Rest assured that it will continue here. There was a lot of desire from Rio to take the F1, but from Sao Paulo it will not leave. We will not allow F1 to leave.

“We are making a deal with Liberty so that F1 will continue here in Sao Paulo.”

Interlagos’ contract with Liberty Media extends only until 2020, beyond which there is currently no deal in place with either potential venue.

The Interlagos circuit has recently undergone extensive upgrades, including a new paddock complex which was completed just in time for last year’s race.

Formula 1 first visited Brazil in a non-championship capacity in 1972 on an extended version of the Interlagos circuit.

It achieved world championship status the following year, and has remained on the calendar ever since, though for a time switched to the now no-longer Jacarepaguá circuit in Rio de Janeiro during the 1980s.

Interlagos is set to host the penultimate round of this year’s championship in mid-November.