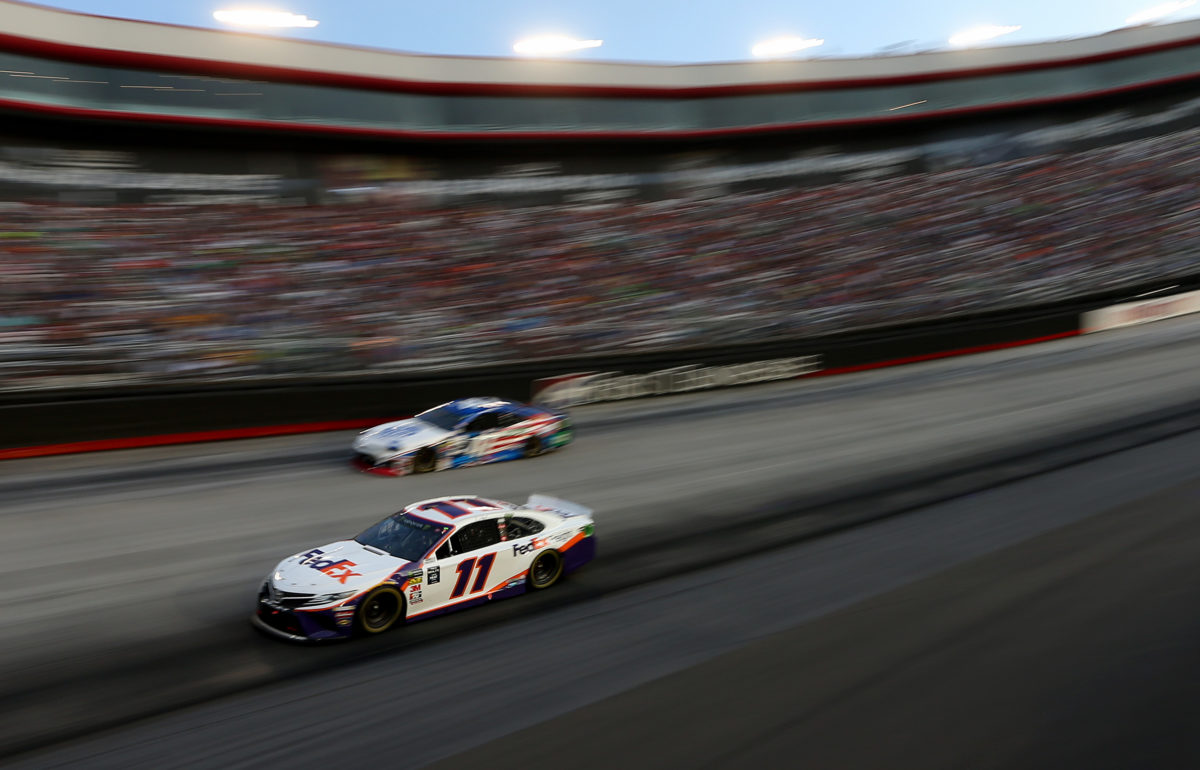 Denny Hamlin made a late-race pass to win NASCAR’s Bristol Night Race after an evening of fluctuating fortunes.

Hamlin got by Matt DiBenedetto, who led a race-high 93 laps out of 500, to take his #11 Toyota to a second win in four races.

The Joe Gibbs Racing driver qualified on pole but incurred damage during Stage 1 when he got caught up in an accident involving Austin Dillon and Jimmie Johnson.

He also fell off the lead lap due to an extra pit stop for a loose wheel before getting the free pass when a Caution came late in Stage 2.

Hamlin was only 13th for the start of the final stage but found himself second with 45 laps to go having overtaken Brad Keselowski and Chase Elliott.

From there, he chased down DiBenedetto, whose cause was not helped by lapped traffic, before going down the inside of the #95 Toyota.

DiBenedetto finished half a second back, from Keselowski, Kyle Busch, and Elliott.

The penultimate round before the playoffs will be held at Darlington on August 30-September 1 (local time).

Next Story Boris Said: McLaughlin would find NASCAR easier than Ambrose did