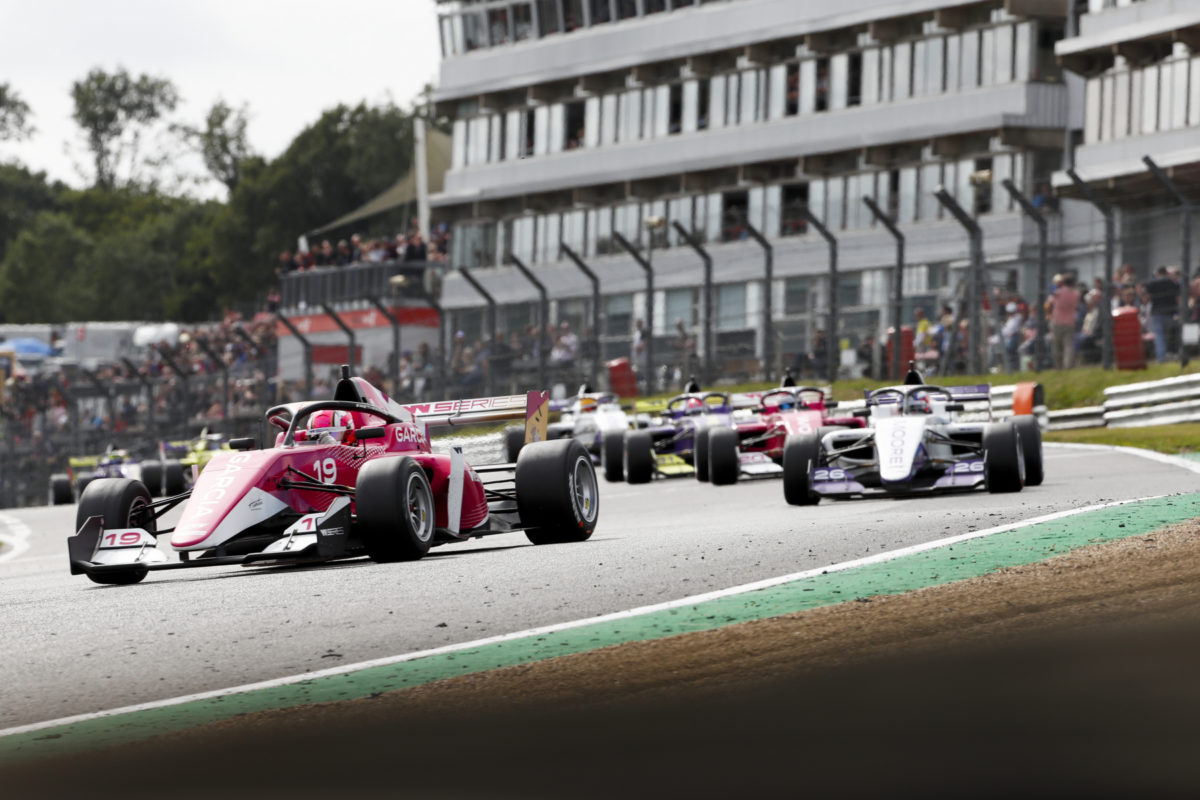 The W Series field at the season finale at Brands Hatch

The W Series’ Racing Director believes those without automatic invitations for next season, including Australian Caitlin Wood, will be ‘on tenterhooks’ due to the structure of the 2020 selection process.

Organisers have provided further details for the selection program for the second season of the all-female open-wheeler series, locking in a three-day test next month at Spain’s Circuito de Almeria.

That outing, however, will not be open to the eight drivers who missed the top 12 cutoff which guaranteed an invite for the 2020 season.

While they remain eligible, the test at Spain’s Circuito de Almeria, from September 16-18, will only be for new applicants and one or two top 12 drivers from the inaugural season who will serve as benchmarks.

“Prior to the 2019 W Series season, we tested all our drivers at Almeria in W Series race cars and we plan to put our new applicants through exactly the same process,” explained Dave Ryan, the W Series’ Racing Director.

“We’ll have one or two drivers from the pool of 12 who are already guaranteed a 2020 W Series drive on hand too, to post comparative lap-times, the better to enable us to understand the ability and speed of our aspiring newcomers.

“To be clear, the eight drivers who finished outside the top 12 in the 2019 W Series championship are not ineligible for our 2020 season; they’re merely not guaranteed to take part in it.

“Inevitably they’re now on tenterhooks, eager to race with us again next season, but whether they do or not will to a great extent depend on the quality of the newcomers we test at Almeria in a month’s time.

Organisers claim that there have already been around 40 new applications for the 2020 season, with the only criteria being that they must be female and hold an FIA International C racing licence.

How the remainder of the selection program unfolds is not yet clear.

This year’s 18-driver field, plus two reserves who occasionally raced, was determined in a two-part process.

The first of those was a variety of on- and off-track activities in road cars at an icy Wachauring which led Melburnian Chelsea Angelo, who did not progress past that stage, to comment, “Never would have thought testing in snow would predict testing an F3”.

The final 28 were whittled down to the 18 plus two in a four-day test in the Tatuus T-318 Formula 3 race cars at Almeria.

Wood was inside the top 12 in the 2019 standings heading into the finale but was leapfrogged by Sabre Cook and Jessica Hawkins after they finished ninth and seventh respectively at Brands Hatch and she missed the points.