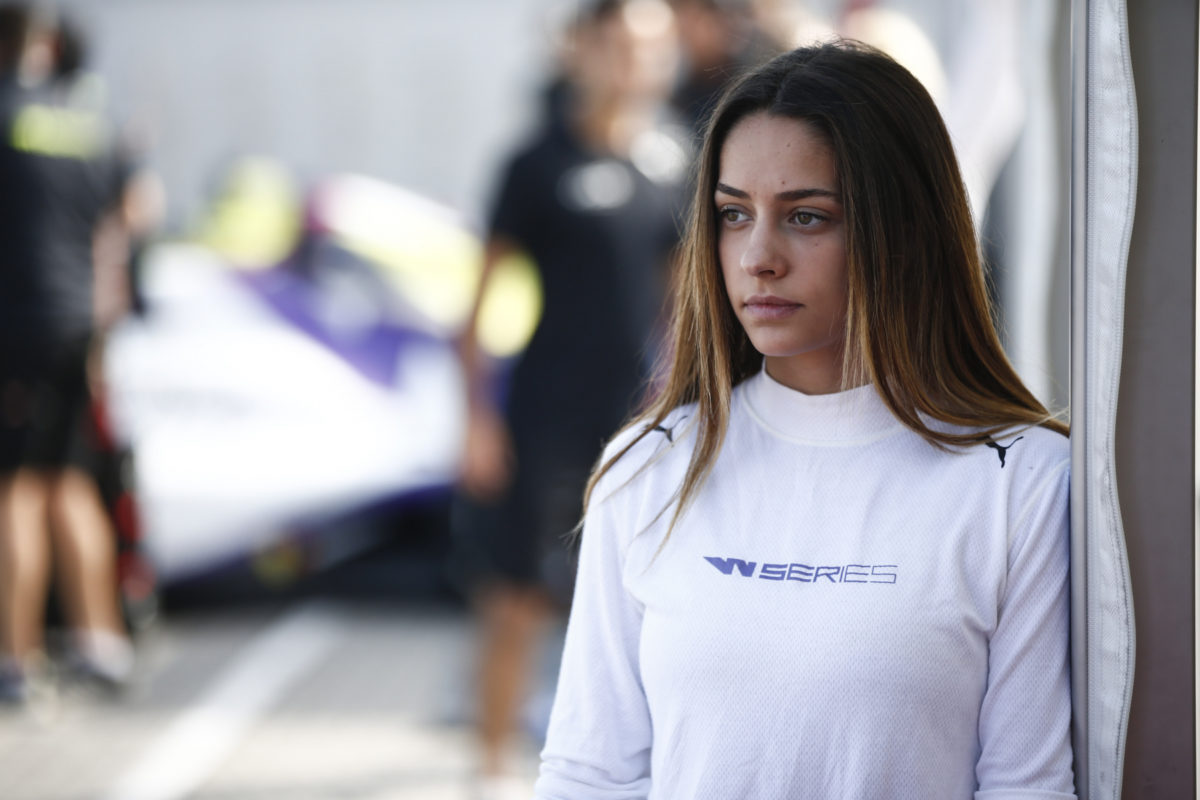 W Series race winner Marta Garcia is mulling over the possibility of racing in New Zealand’s Castrol Toyota Racing Series at the start of 2020.

The 19-year-old Spaniard dominated the Norisring race of the inaugural season of the all-female open-wheeler series and ultimately finished fourth in the standings.

The latter achievement was worth US $100,000 in prize money as well as an automatic invitation to contest the 2020 W Series.

Garcia has confirmed that she will take up that invitation, and may also race in New Zealand during the upcoming European winter.

“Yes, yes, I will do it again,” she told Spanish sports daily, AS.

“Let’s see if I can do another championship in parallel and maybe I will also do in January and February the Toyota Racing Series in New Zealand, which is five weekends with three races each.

“In the end there are 15 races that help you get experience and be ready for next season.”

For W Series drivers, there are obvious synergies with TRS, starting with the commonality of the former’s Tatuus T-318 Formula 3 chassis and the latter’s new-for-2020 Tatuus FT-60.

Garcia would also be eligible for FIA Super Licence points in both series.

The W Series has been added to the list of eligible series, although the points allocation is yet to be determined.

Furthermore, a change to Appendix L of the International Sporting Code means that drivers can accumulate points from two series in a calendar year provided one finishes before the other starts.

Garcia was dumped from the Renault Sport Academy after finishing only ninth in the 2017 F4 Spanish Championship, and did not race last year.

However, her exploits in the W Series, where she was competitive with the likes of eventual champion and Williams development driver Jamie Chadwick, have arguably put her back on the map.

“In the end, you are in the media more for being in something new, and if you get good results too,” said Garcia.

“And the same happens in social networks, and that gives you a little more visibility and help for sponsors or something like that.

“Obviously, to Formula 1, which is very difficult,” she said of her goal beyond the W Series.

“To do this we would have to take steps such as running some Renault Formula races next year and making the jump to the F3 in 2021.

“That would be a plan. Then, from there, we should go up.”

Liam Lawson edged fellow New Zealand Marcus Armstrong to this year’s TRS title, with both going on to race in the FIA Formula 3 Championship and the latter notching up his first race win in the Formula 1 support category at the Hungaroring.

Marta Garcia: winner in Norisring, Spanish star of the future?

The young racer has been a rising talent throughout #WSeries‘ inaugural season, but who inspired @martaracing‘s ambitions and where does her future lie? 📹 pic.twitter.com/wOWyNxyGjV