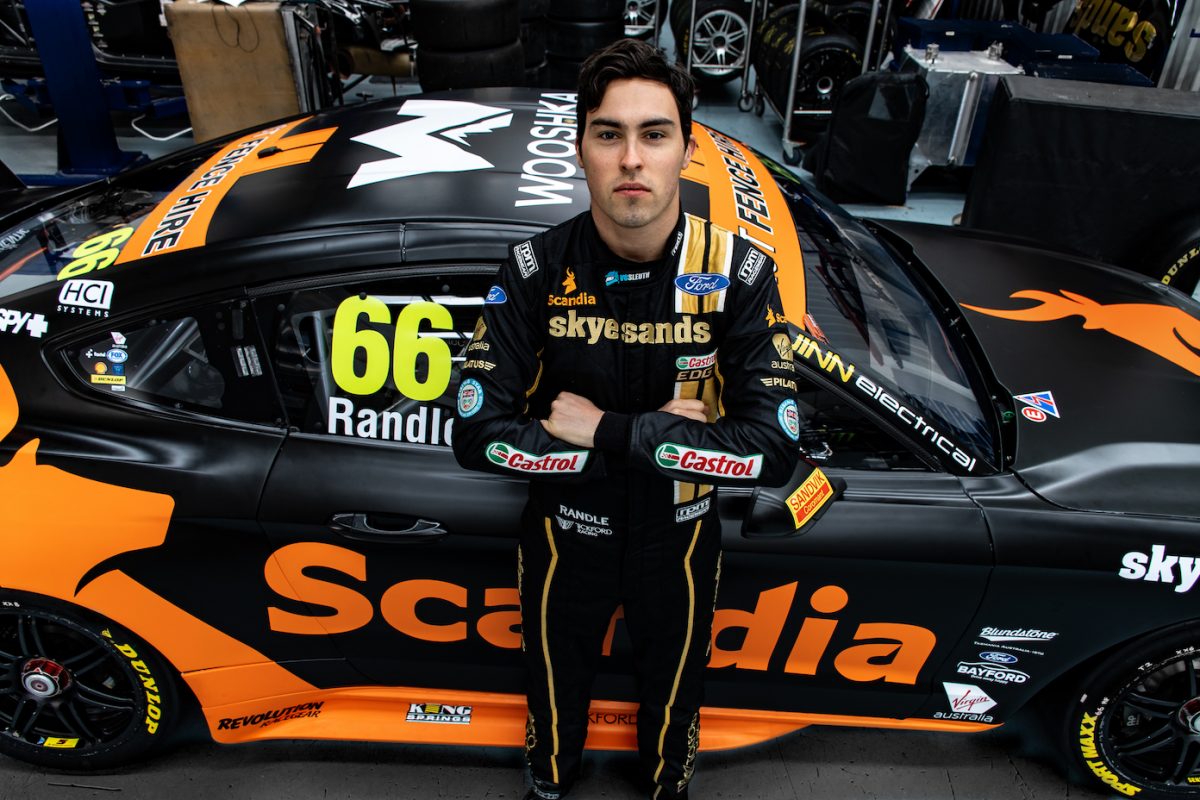 Thomas Randle is ready to make a Supercars Championship debut next week having now tested his Ford Mustang wildcard entry.

The Tickford Racing Super2 driver is gearing up for arguably the biggest weekend of his Supercars career to date when he lines up on the grid at the OTR SuperSprint.

Randle will pilot a fifth Tickford Racing Mustang at The Bend Motorsport Park as part of a wildcard program.

The 23-year-old acquainted himself with his #66 Scandia Racing Mustang, revealed this week, by joining the Ford squad’s quartet of drivers for an in-season test at Winton on Tuesday.

Aware of the enormity of the milestone that awaits the Melbourne driver, Randle believes he is well prepared to make the leap to Supercars’ top tier.

“I’m as ready as I’ll ever be,” Randle told Speedcafe.com. 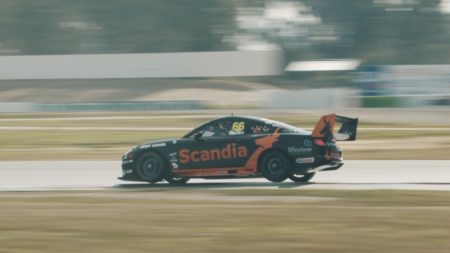 Thomas Randle out on track at Winton on Tuesday

“I have done a season and a half of Super2 and at Ipswich things went really well and realistically I could have had two wins there.

“I have had a test day in the Mustang now and that is the maximum I can have before we go to The Bend next week, so If I’m not ready now then I never will be.

“I think overall the engineers were pretty happy with how we ended up, but Tailem Bend will be a little bit different to Winton.

“It looks pretty cool on track and I guess it was a big day.

“To get behind the wheel of one is something you cannot take for granted.”

Regarded as a front runner in Super2, Randle is keeping his expectations in check for next weekend’s Supercars Championship outing and is expecting the racing to be tough.

The rising star will however have the luxury of working with his regular Super2 engineer David Patterson in South Australia.

“The main goals are to tick all the boxes that I can tick and make sure all my starting procedures are good, the pits stops go to plan and learn more about the car and maximise the most out of myself,” Randle added.

“It will be the first time in a long time that I will have team-mates and with the main drivers’ data at hand that will help me a lot in areas that I can improve.

“That will help leapfrog the jump but I know the racing is going to be hard and it will be the longest race I have done barring the Bathurst Super2 enduro.

“Depending on where I qualify, a top 15 would be amazing but it is one of the toughest championships in the world, so I will just try my best.”

The OTR SuperSprint will begin next Friday with an Additional Driver Practice session, which Randle is eligible to contest in his wildcard entry, scheduled for 1045 local time/1115 AEST.