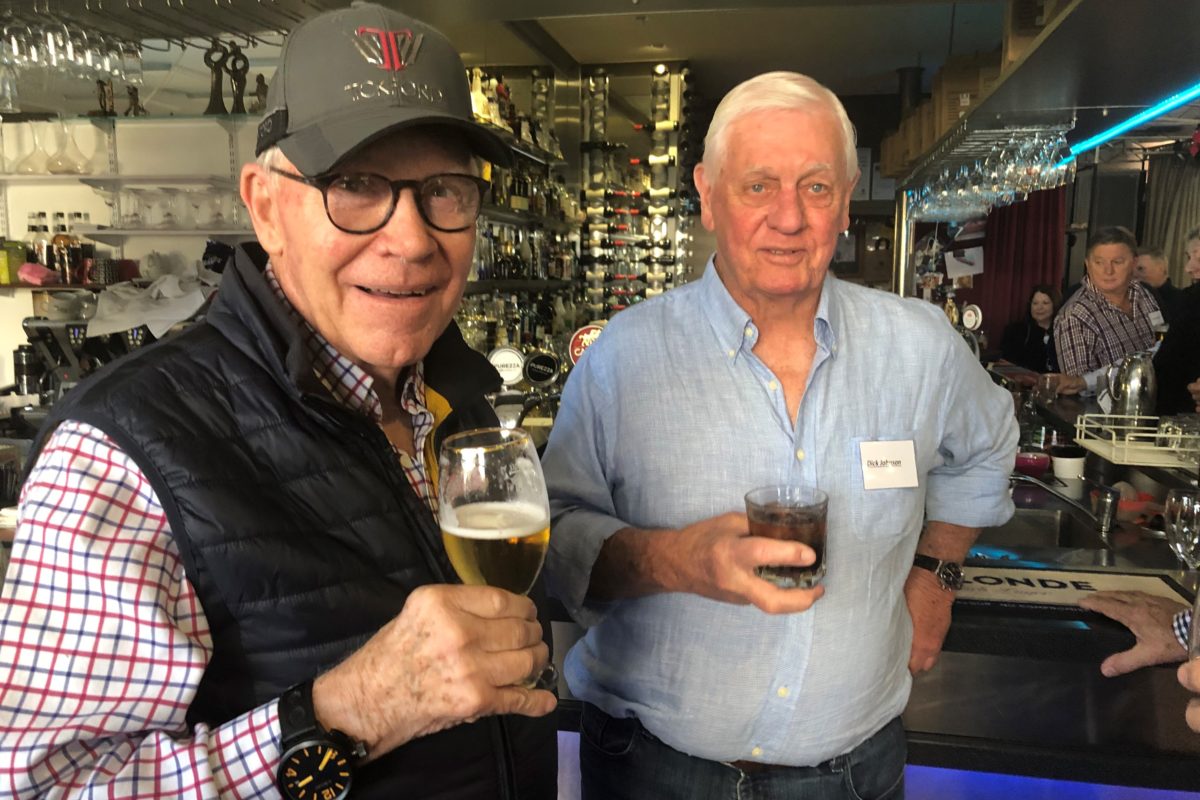 A host of Australian motorsport legends have gathered for an annual motorsport reunion on the Gold Coast this afternoon.

The guest list was packed with stars from tarmac, dirt, and offroad disciplines, on two wheels and four.

The latter also headed up a list of former open wheel aces including Spencer Martin, Bruce Allison and Charlie O’Brien, who later turned his hand to touring cars.

Mechanics, engineers, media and promoters were also well represented by the likes of Mick Webb, Ralph Bellamy, Will Hagon and David Harding while racer turned TV presenter, Mark Larkham, was one of the youngest in the room at 55 years of age.

The annual reunion started four years ago after Queensland motorsport enthusiast Ian Maudsley and his racing mates gathered to toast former touring car ace Leo Geoghegan when they could not attend his funeral.

Maudsley, who was involved in the sport as a mechanic and roustabout for several leading teams in the 1970s and 1980s, puts together the private function each year with his wife Val.

While a private, invite only affair, the reunion has grown into one of the biggest annual gatherings for the sport in the country.

“I have been pretty fortunate in my life and I just think it is important to try and get all these people together at least once a year,” said Maudsley.

“It all sort of happened by accident after a few of us got together for a wake for Leo. One of the boys said we should do this now and not wait until we are dead and the idea sort of grew from there.

“We have just over a hundred here today which is just terrific.”

“This is just a wonderful thing that Ian does,” said Gibson.

“The stories and ‘lies’ flow thick and fast, but it is good that we are still here to tell them.”

One of the treasures in the room was the legendary Bob Holden, who is celebrating his 70th year in active competition.

Holden talked about how he had started racing on the sand dunes at Phillip Island after the local policeman had given him his road licence a year ahead of schedule, in an era predating anything resembling the CAMS licencing system.

While Holden has raced a huge selection of cars in those seven decades, he is probably best regarded for his 1966 Bathurst 500 (miles) win in a Mini with Rauno Aaltonen.

Many of the interstate visitors have elected to remain in Queensland for the weekend and will be attending the Historic Leyburn Sprints, which has an entry list of 210 cars.