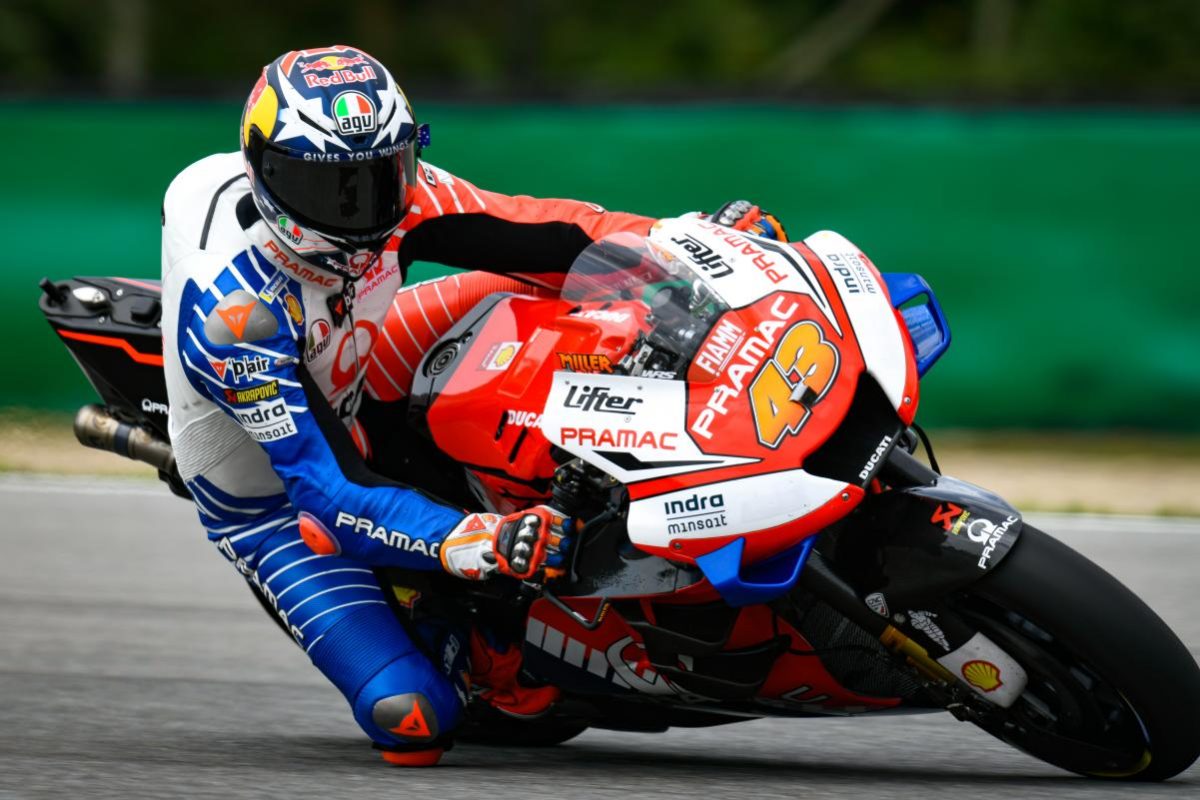 The renewal ends what had become a drawn-out saga when rumours arose last weekend that Jorge Lorenzo might make a shock return to Ducati and take the Queenslander’s seat.

Miller remains directly contracted to Ducati, which will supply the latest-specification Desmosedici GP20 bikes to both him and Francesco Bagnaia next year.

“I am very happy to have reached this agreement,” said Miller.

“Pramac Racing is a team that made me feel comfortable right from the start and the relationship with Ducati is very close.

“I will have again the official bike at my disposal and will do my best to achieve great results.

“I would like to thank Ducati and my team for the great work they have done so far.”

Pramac Team Manager Francesco Guidotti added, “Our main goal is to grow young riders and give them the chance to ride the factory Ducati bike one day.

“Jack is proving to have great talent and his current position in the riders’ standings is confirmation of this.

“We are proud to have him with us also next season and we will now stay focused on our work to achieve even greater results in 2019.”

The deal with Pramac marks the first time that the Bologna factory will supply four latest-version bikes, due to contractual obligations to Bagnaia, the 2018 Moto2 champion, and Miller’s status with Ducati.

“We are really glad to have reached an agreement with Pramac Racing that will allow our factory supported team to field Desmosedici GP 20 bikes for both Jack and Pecco next year,” said Ducati Corse Sporting Director Paolo Ciabatti.

“It will be the first time that Ducati will have four identical bikes in MotoGP, two for the factory Ducati Team and two for Pramac Racing: this exceptional effort will help us to collect and share more information and improve the development process, with the aim of obtaining even better results and stimulate a fair and positive competition among our riders.

“We are very pleased that Jack will continue with us next year, because he has shown continuous progress since he joined us in 2018, and want to thank Pramac Racing for their continued commitment to Ducati.”

Miller had been contracted directly to the Honda Racing Corporation for this first three years in MotoGP, having made the leap from Moto3 at the end of 2014.

He has one premier class race win to his name, in wet conditions with Marc VDS at Assen in 2016, and a further two podiums this year, his second with Pramac Racing and Ducati.

The 23-year-old had also been eyeing off the second factory seat alongside Andrea Dovizioso in 2020 before Danilo Petrucci re-signed with the Mission Winnow Ducati squad mid-year.

Petrucci is currently third in the standings and Miller eighth, second among the Independent Team (non-factory) riders, with Silverstone next up on August 23-25.