Miller had one hand on Austria podium until crash

Miller had one hand on Austria podium until crash Jack Miller believes that he was set for a podium finish until he crashed out of the Austrian Grand Prix on Lap 9.

The Pramac Ducati rider was running fourth, just behind the Petronas SRT Yamaha of Fabio Quartararo, when his front wheel folded at Turn 9 of the Red Bull Ring.

“I felt I had my hand basically already on the podium, because I could see Fabio maybe didn’t have the best pace, as we did,” suggested Miller.

“But through one way or the other, every time I get close to him, he’d decelerate a lot quicker than I would. I nearly ran up his backside in Turn 4, one time I lost about half a second, worked back to it, and then yeah, just a small mistake.

“I came out of Turn 8, had a little shake, and missed the braking point by about two metres, and was about two metres wide into the second-last corner, and yeah, I crashed.

“I know exactly what happened, what I did wrong; this is what makes it even worse. Because I felt everywhere really in control, I was managing the rear tyre a lot and felt good for the end of the race, but it’s a real shame.

“I’m gutted to be honest, because it was a solid podium that we wasted. (It was a small mistake) with big consequences.

“I could’ve quite easily let the brakes off, rolled outside onto the green stuff, maybe lost a second and then come back in and worked my way through. But it wasn’t to be.”

Andrea Dovizioso won the race after diving down the inside of Marc Marquez at the final corner, and Miller thinks that he could have also been in contention had he stayed upright.

“I felt like I could run consistent 24s, 24.5s (lap times), but their rhythm was quite similar and especially when they started sort of chopping and changing towards the end I felt like I had that rhythm, for sure,” said the Queenslander.

“I think I could’ve stayed with them. Whether or not I would’ve been in the battle, I don’t know, but it would’ve been nice to be behind them, in a great spectating position, that’s for sure.”

Miller arrived in Spielberg amid of swirl of speculation that Jorge Lorenzo would leave Honda before the end of his contract and take the Pramac rider’s seat next year.

There now appears to be little chance of that move happening, with Miller suggesting post-race that “everything should be cleared up in the next hours or days” regarding his renewal.

While no confirmation has been forthcoming, despite the presence of Pramac Racing team owner Paolo Campinoti at the track on Sunday, the comment does square with those of Repsol Honda team manager Alberto Puig.

The Spaniard was confident that his compatriot Lorenzo would stay, stating, “there were a lot of rumours but we never heard anything.”

One potential graduate to MotoGP, who had also been sounded out for Miller’s ride while a berth at the factory Ducati team was still in play, has now been locked in to Moto2 for another season.

Alex Marquez, who leads the intermediate class standings by more than a full race, has renewed with Marc VDS, tying him to the team for a sixth year.

A vacancy has opened up at one of the factory MotoGP teams after Johann Zarco asked for a release due to his challenging first season with Red Bull KTM Factory Racing.

MotoGP continues at Silverstone on August 23-25. 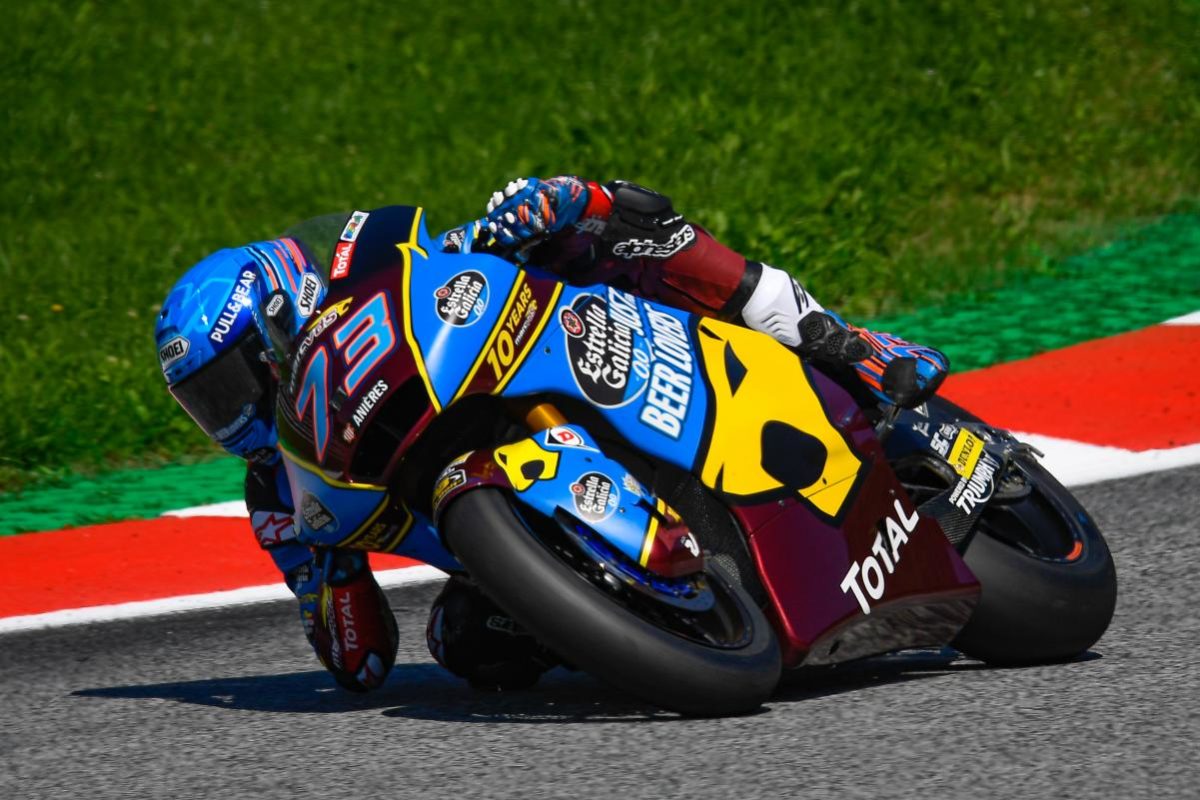