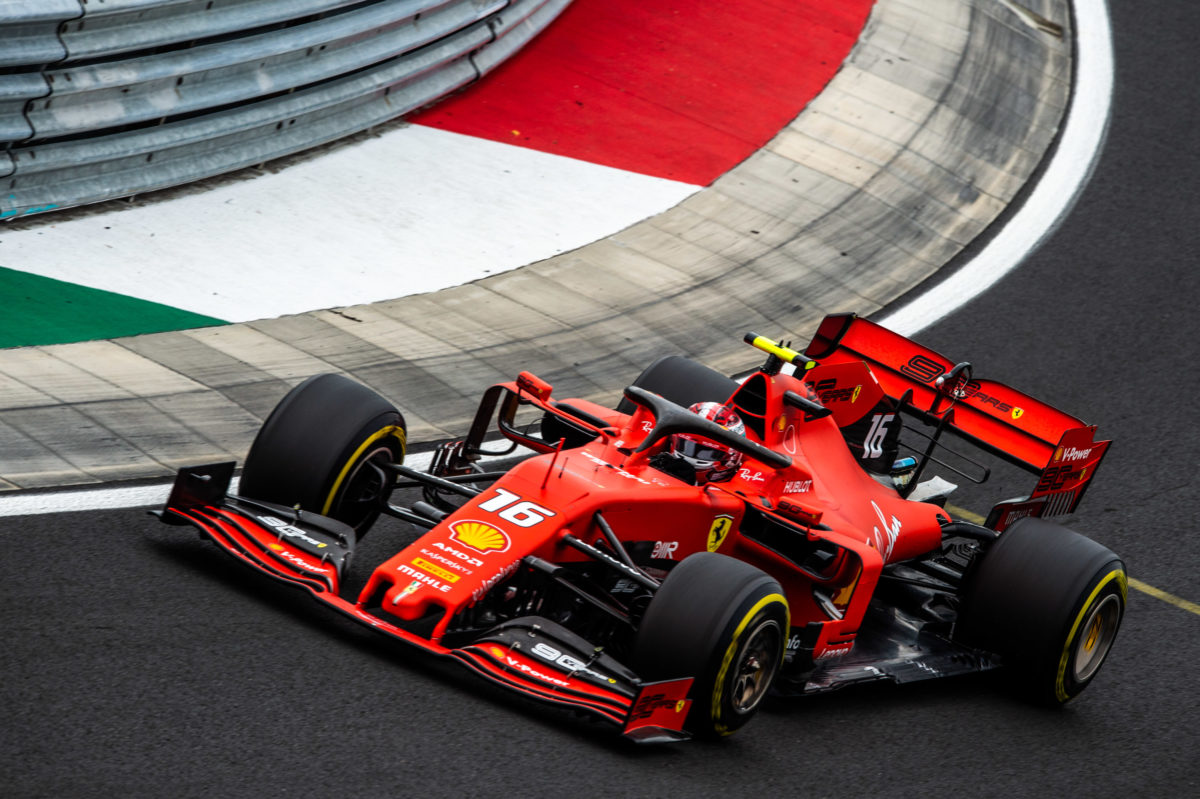 Charles Leclerc is looking to improve his long run pace

Charles Leclerc believes there are lessons to be learned from his Ferrari team-mate Sebastian Vettel as he looks to improve his race pace.

Ferrari’s latest recruit enjoyed a strong start to the season, coming close to winning the Bahrain Grand Prix, but has faded somewhat as the season has progressed.

That has in many ways matched the fortunes of his team, though has been exaggerated in recent races as Vettel has recaptured his form.

It’s highlighted an area of potential improvement for Leclerc, who is looking towards his four time world champion stablemate in an effort to eke out more performance during long runs.

“I think I need to understand something on my side,” Leclerc admitted.

“I’ve been struggling more, and have more tyre degradation compared to Seb, and I believe it’s also coming from driving.

“Maybe I’m driving a bit too aggressively now in races, so I need to understand and analyse and try to improve for the next races.”

In Hungary, Vettel rose to third, having run behind Leclerc for much of the race.

It was in the closing stages that the German was able to make a move for the final podium place, as Leclerc began to struggle with worn tyres.

“That’s a few races where I’m quite quick qualifying, but towards the end of the race I seem to struggle a bit more.

“I need to understand what I can do with my driving style to help that, or with the car balance to have a little bit of a compromise between the two, because at the end it’s the race when you score points.”

Leclerc sits fifth in the drivers’ championship, 24 points behind Vettel after 12 races.

Formula 1 is currently on its summer break, with the next event the Belgian Grand Prix at the end of August.