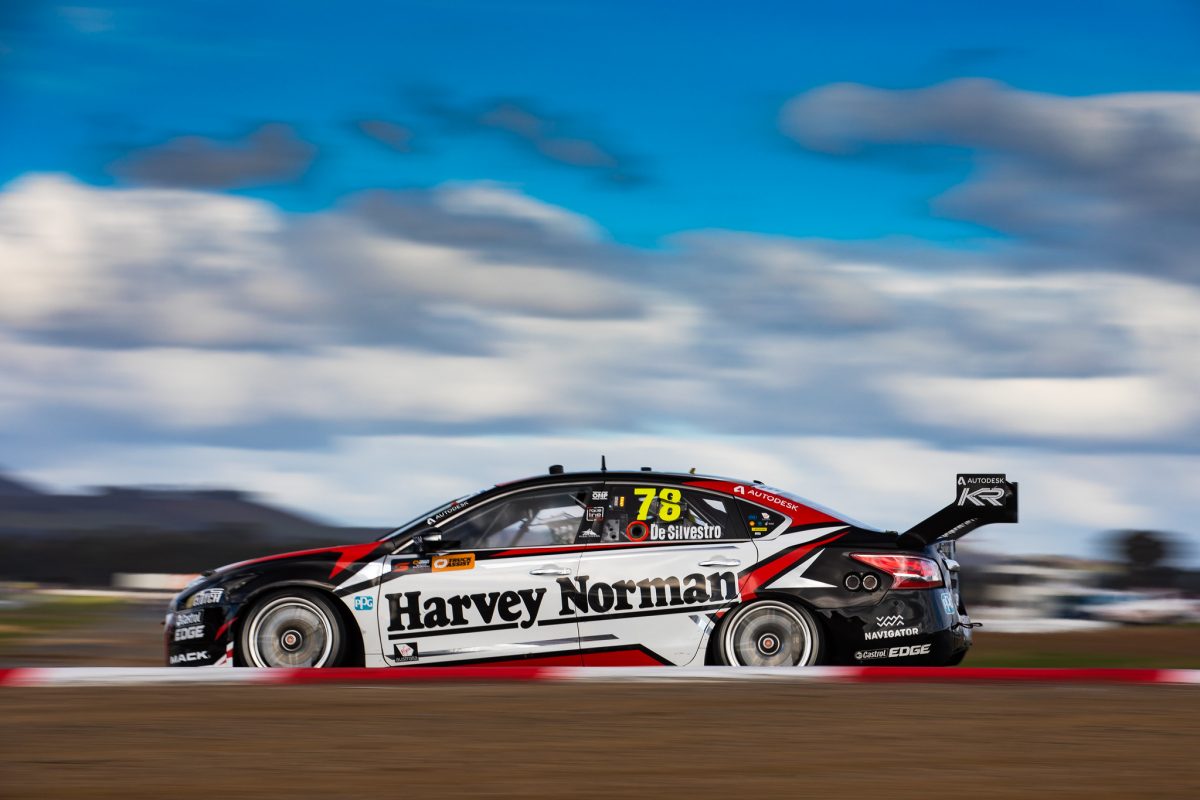 Kelly Racing is cautiously optimistic about the impact of its aero package update for its Nissan Altimas following a mammoth test at Winton.

The Braeside squad logged approximately 1200km across its four cars at the Victorian circuit, running through more than a 100 set-up changes to understand the recently approved aero changes to its cars.

Tuesday’s hit out was the first time the squad was able to evaluate the trimmed front undertray and raised bootlid Gurney flap, which is designed to shift the Altima’s aerodynamic balance rearwards.

While the drivers instantly felt a difference in car balance, team manager Scott Sinclair says the full extent of the changes will not be felt until the squad returns to competitive action.

“We can’t sit here and say it was an overwhelming success but at the same time we got through everything we wanted to get through,” Sinclair told Speedcafe.com.

“We knew all along that we wouldn’t come out of the day with all the answers.

“It was going to provide as many questions as answers.

“Obviously we got a heap of learning out of the day and it is now about understanding what changes affected it (the balance).

“The drivers felt that the balance was different straight away so that is a positive.

“It is just a case of working through all the set-up direction we have taken in the last six months versus what we have done in the previous six years to find out where our optimum package lies.

“We have got to punch through the numbers and come up with a starting set-up for Tailem Bend and then from there we will have a better gauge as to where we are compared to our competitors.

“We got the car comfortable, but whether that was track condition assisted remains to be seen, but we won’t know until we are all on the same tyre at the same time.”

Sinclair says his team will begin to analyse the data gathered at the workshop today to ascertain its best baseline set-up for next week’s OTR SuperSprint at The Bend Motorsport Park.

“We have got a week to knuckle down and come up with a starting package,” he added.

“It is important we come out with our best package and then we will know how competitive it is from there.”

Kelly Racing will head to South Australia next week sitting eighth and 10th in the teams standings, having scored nine top 10 results across its four cars from the 20 races to date.