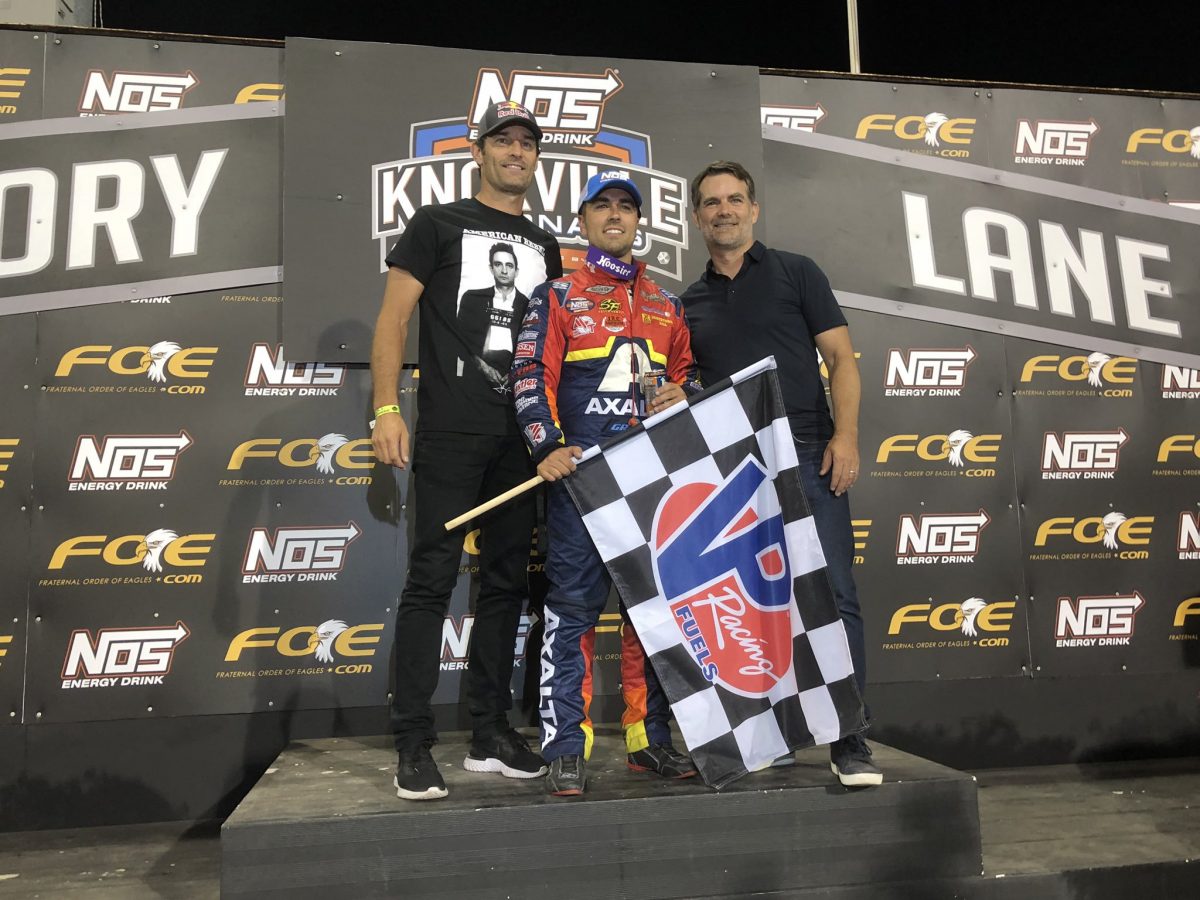 Mark Webber has admitted his visit to the Knoxville Nationals left him embarrassed after he was dragged onto the winner’s podium by Jeff Gordon.

Winner of nine Formula 1 grands prix, and the World Endurance Championship, Webber attended the event with NASCAR great Gordon, who then dragged him onto the podium to celebrate with this year’s winner David Gravel.

“Jeff Gordon and I have done some work together with Axalta and it was sensational that David Gravel put the cherry on the top by winning in the Axalta 41 car,” Webber told Speedcafe.com.

“I felt highly embarrassed to be on the podium but Jeff insisted.”

For Webber, the trip was a case of going back to his racing roots, having visited the speedway with his father before ever discovering circuit racing.

“So, a couple of buddies lined up a mega trip – we were there for three nights staying in an RV at the track and I was so spoilt to have the best people in the business educating me on how the weekend unfolds.”

Now working as a Porsche ambassador, Webber says he enjoyed the experience, and hopes to return for more events in future.

“I’ll definitely be back for more!”

Gravel won the A-Main, taking the lead inside of the first 20 laps and holding on through the compulsory mid-race Caution to claim his first Nationals victory.