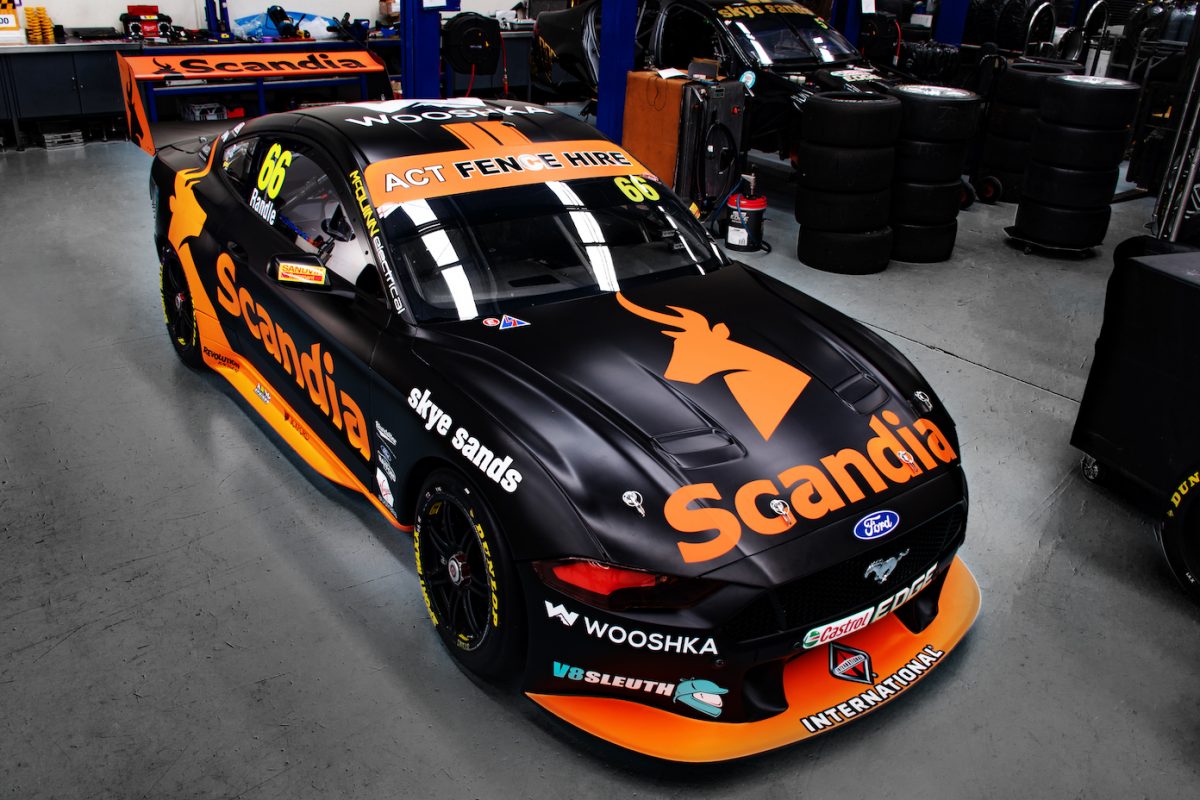 Tickford Racing has taken the covers off its wildcard Ford Mustang that Thomas Randle will drive at next week’s OTR SuperSprint.

The Ford squad has long been working on a plan to field its Super2 recruit in the Supercars Championship, which was finally confirmed at the Ipswich SuperSprint last month.

The car will run in a vivid black and orange colour scheme with backing from team partner Scandia, a manufacturer of wood and gas fire stoves, and carry #66.

It will make its debut at Winton today with Randle joining the team’s regular drivers Chaz Mostert, Cameron Waters, Lee Holdsworth and Will Davison for an in-season test day.

The track will also be shared with Kelly Racing, Walkinshaw Andretti United and Team CoolDrive.

The outing will provide valuable mileage for the 23-year-old ahead of the trip to The Bend Motorsport Park.

“It’s just like being drafted from the VFL up to the AFL for a match, so it’s a real dream come true,” said Randle, who scored a maiden Super2 race win at Ipswich last month.

“I’m very excited to be making my main game Supercars Championship debut, and I’ve just got to thank everyone from Tickford Racing who’s helped put this together over the past couple months.

“It’s been a dream of mine since I was a kid to race in Supercars, and it’s going to be super awesome to finally drive a Mustang Supercar on my own for a round at Tailem Bend in less than a fortnight.”

Having worked hard to put the program together, Tickford boss Tim Edwards is eager to see how the young gun will fare in Supercars’ top tier.

“We’ve been working hard for a while on getting Tom a crack in the main game, so we’re happy to finally roll it out for Tailem Bend.” said Edwards.

“We’re very grateful to Scandia and excited to see them step up their involvement to make this happen.

“Tom’s been a great addition to the team and obviously is really coming along as a driver, so we’re looking forward to getting him in a Mustang to race against the main game boys.

“We’re throwing him in the deep end, so we’re keeping our expectations in check, but we’re eager to see how he goes.”

Randle is set to be one of two wildcards at The Bend (August 23-25) with Brad Jones Racing’s Jack Smith expected to join the grid for his fourth appearance of the year. 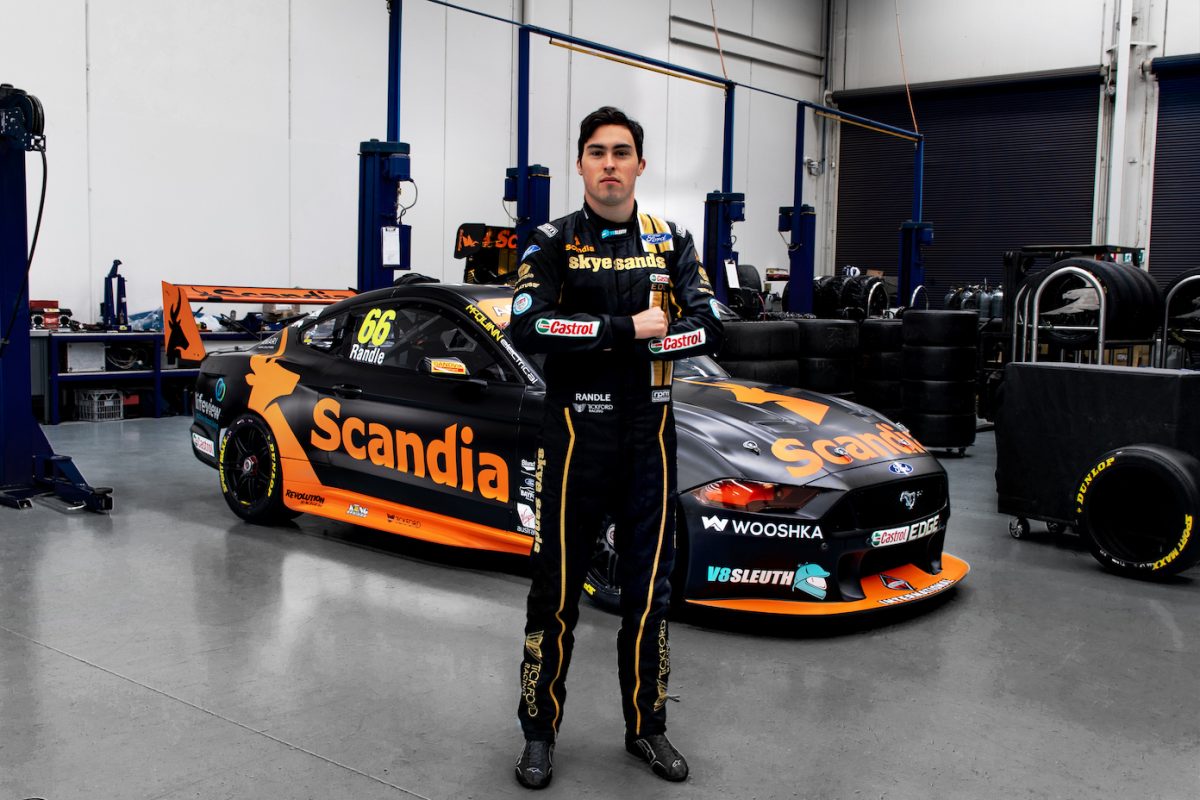 Thomas Randle with his wildcard Mustang