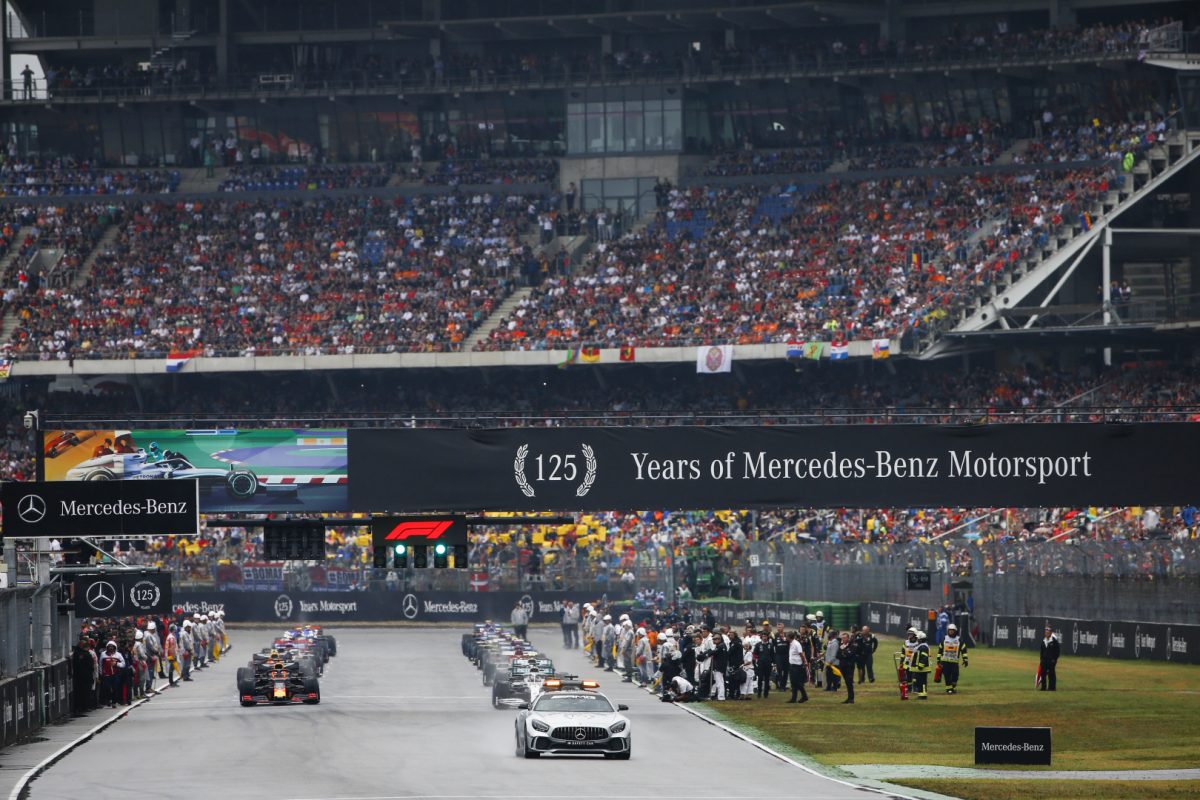 Mercedes will not prop up the German Grand Prix again

The future of the German Grand Prix remains in doubt with Mercedes boss Toto Wolff stating the marque would not prop up the event.

A deal for this year’s race saw Mercedes contribute a reported $4.5 million AUD to the race sanctioning fee courtesy of becoming title sponsor for the event.

However, that arrangement is not set to continue, leaving the German event in serious risk of being dropped from the F1 calendar.

“We had a meeting on Sunday morning with Chase (Carey) and Sean (Bratches), and they said would you be able to help us bridging the gap?

“And in half an hour we bartered out a deal in order to make the German GP happen. But this is not something which we are in a position to continue.

“Also because I believe that we shouldn’t really be interfering in the business of Liberty and F1 – it is up to them to decide which tracks are on or off.”

Pressure for places on the Formula 1 calendar has increased, with Mexico and Australia having both confirmed extensions while Vietnam and the Netherlands will join the championship next year.

With strong interest for new and renewed events, Liberty Media is able to command top dollar for a race, placing it at odds with what many promoters can afford.

But while that could see the German Grand Prix disappear, which Wolff admits would be a shame for Mercedes, Wolff suggests it points to the health of the sport and the bonuses it affords teams.

Race hosting fees make up roughly one third of Formula 1’s total revenue, a substantial percentage of which is given out to teams in the way of prize money.

It therefore follows that the more money the sport itself can make, the more money it gives to the teams and the less they need to raise through sponsorship.

“First of all I believe it’s really encouraging that there is lots of interest in hosting a race,” Wolff reasoned.

“Liberty has the great problem of having more demand than supply, and that is good, and also good for the teams, because fundamentally we share a large part of the prize fund.

“And this is where I would like to leave it, because it’s Chase’s and his team’s call to decide where we go.

“For us the German GP is important, because Daimler is a German company, and there are lots of family and friends in Germany, but we can’t interfere in their business.

“We can encourage them to look at the German GP, but it’s Chase’s call to decide where we go.”

The loss of the German GP would hardly be a financial loss for Liberty.

Worth a reported $33.8 million in 2019, its loss would be more than offset by the addition of the Dutch and Vietnamese grands prix next year.

It’s estimated the Dutch Grand Prix will net over $40 million in 2020, and Vietnam more than $51 million.

That would also see it cover off the drop in hosting fee that has been reported for the renewed Mexican event, down from $49.9 million to $44 million.

First held in 1926, the German Grand Prix has been on the F1 calendar for all but four seasons since the championship was founded in 1950, though on one of those occasions, 2007, Germany hosted the European Grand Prix at the Nurburgring.