POLL: How to improve Super2 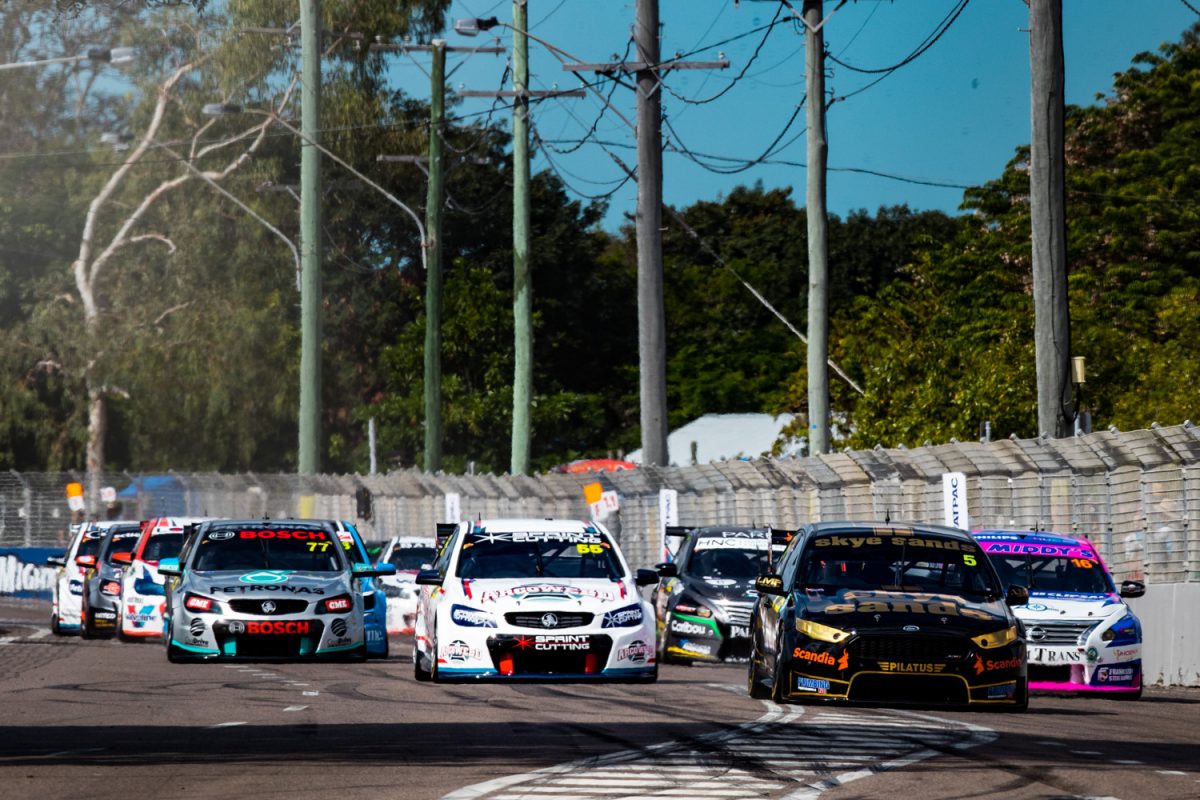 The Super2 Series field in Townsville

Following news that Supercars intends on devoting more resources to Super2, Speedcafe.com wants to know what you would suggest to boost the flagging series in this week’s Pirtek Poll.

Numbers have dwindled in the Dunlop Super2 Series this year, with only 17 cars fronting for the most recent round at Queensland Raceway after 22 to 23 were entered at each round in 2018.

A number of team owners have cited poor promotion of the series as a significant reason for the decline, with one describing it as the ‘poor cousin’ to the Virgin Australia Supercars Championship.

There are also a number of alternative options for both aspiring young drivers and gentleman racers to race in, while costs have also escalated in Super2.

Supercars CEO Sean Seamer has told Speedcafe.com that the body now intends on using Super2 as its own ‘development category’ for talented staff, and will appoint a dedicated media officer for the series.

Category manager Paul Martin is also said to be working on cutting costs out of the series, although such an initiative appears to be at an embryonic stage.

Speedcafe.com wants to hear what you believe to be the most important area which Supercars should address in order to revive interest and entry numbers in Super2.

While there are fewer cars on the grid and the depth of talent has arguably dropped this year, Super2 races are still often far more entertaining than those of the main Championship, with last year’s Bathurst enduro a prime example.

That story, however, is one that often goes untold with Super2 being paid scarce attention on the telecasts outside of on-track sessions and little other promotion.

There is also a dearth of fanfare at race tracks whereas Porsche Carrera Cup Australia, for example, has its own glamorous hospitality unit.

Carrera Cup does play to a somewhat different market segment, but one team owner suggested to Speedcafe.com that Super2 competitors’ commercial prospects are harmed by the rudimentary nature of its paddock areas being unwelcoming to potential sponsors.

Super2 also plays a clear second fiddle to the Championship on race weekends and although that stands to reason, NASCAR is able to shine a light on its secondary series with some standalone races.

That may not be viable for Super2, and the two-race format for the Supercars Championship at most events makes it difficult to give Super2 clear air.

However, using the Championship as a lead-in for Super2 at SuperSprint events, where the former finishes early on Sundays for television reasons, could give the latter a bump if scheduled to start shortly after.

Costs are also a concern, although that problem is generally considered to be a factor of what machinery comes down from the Championship.

Nevertheless, Super2 teams owners have their own ideas about reducing technical or personnel expenses, such as controlled engines and removal of the contingency for fast tyre changes on the starting grid.

Other suggestions have concerned the incentives, or perhaps lack thereof, to race in Super2.

The series offers no prize money (outside the Armor All Pole Position cheques) and no formal pathway to a seat in the top tier, whereas the Indy Lights champion receives a scholarship which guarantees three starts in the following year’s IndyCar Series, including the Indianapolis 500.

Super2 does not even offer a test day with a Championship team, although Seamer says that work in this area is also a work in progress.

What do you think Super2 needs? Cast your vote in this week’s Pirtek Poll.

Next Story WAU to carry out 2020 engine test at Winton