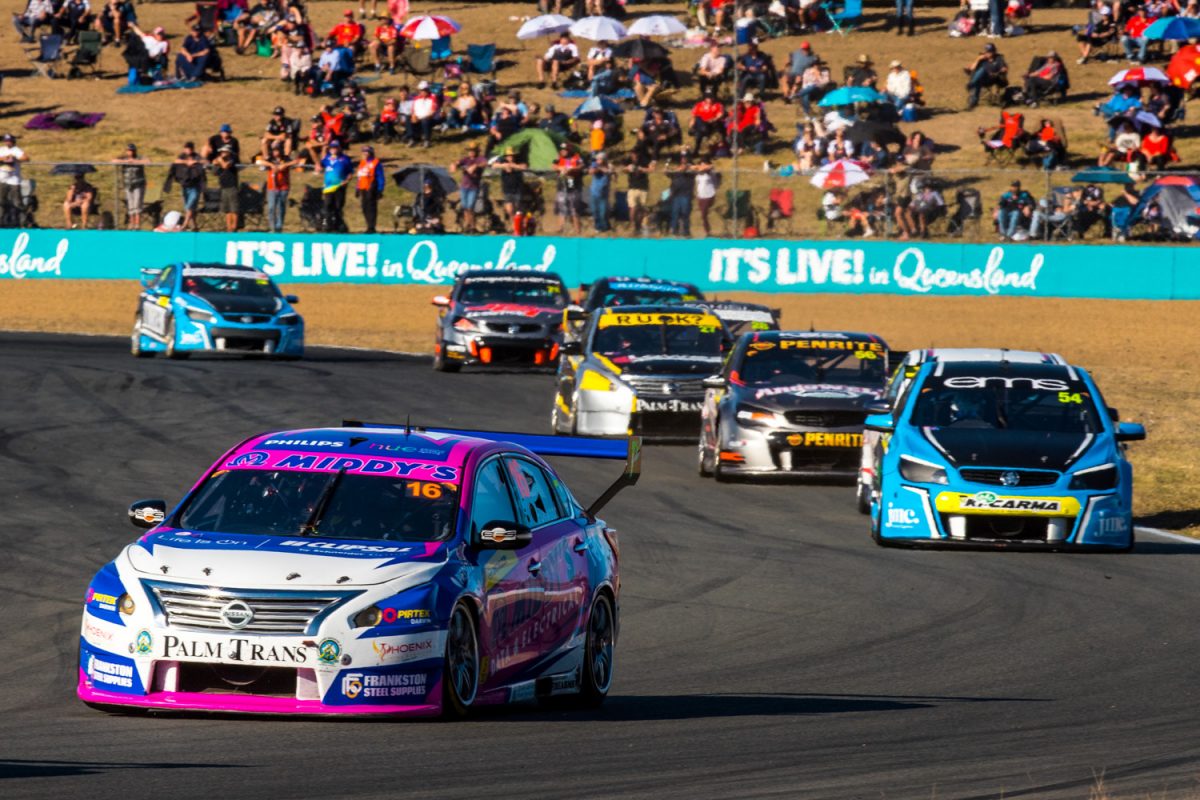 Supercars has committed to increasing its focus and resources on the Dunlop Super2 Series amid concerns it has been treated as a ‘poor cousin’ to the main Championship.

Entry numbers in the second tier have dwindled to as low as 17 cars last time out at Queensland Raceway, with some team owners concerned about an escalation in costs.

A more common opinion, however, is that Supercars has neglected to properly promote Super2 in an increasingly crowded motorsport market.

Supercars will now dedicate more resources to the junior series, which it will use as its own proving ground for its staff says CEO Sean Seamer.

“We’re going to be using Super2 as a development category for our people at Supercars,” Seamer told Speedcafe.com.

“There’ll be a (media officer); each senior member of the leadership team will be shadowed by a rising, up and coming star within the Supercars head office group, and they’ll be designated to Super2.

“We’re increasing our resourcing and focus, and (category manager) Paul Martin’s going very hard on operating costs and the technical side.”

Team owners contacted by Speedcafe.com have welcomed the promise of increased commercial and media effort from Supercars.

In general, they believe that attempts to grow the ‘top line’ will be more fruitful than cutting costs, which are dictated somewhat by what cars come down from the Virgin Australia Supercars Championship.

“It has been a very poor cousin and I do think they need to treat it a little bit different,” said Image Racing owner Terry Wyhoon.

“At an event, we don’t really see anyone that’s representing Supercars, other than when they come along to say, ‘Hey, two minutes and you’re out (on track).’

“Mark (Galbraith, Motorsport Operations Coordinator) and Paul (Martin) do a reasonable job at that but I think if they could put some administration into place and particularly in the media side of things, I think that’s a positive because I just don’t know what they can do to save costs.

“We’ve just got to make the product better, and if Supercars are going to help us and they’re going to have dedicated people for Super2, dedicated marketing people and maybe a few more incentives to be there, well then maybe it is a better category than the other four (series) they’ve (drivers) got to choose from.”

MW Motorsport’s Matt White is one of several team owners who have pointed to a sluggish economic climate generally as reason for Super2’s struggles.

“It’s a reflection of the fact that there are so many categories, and money’s getting tight, so I’m not really sure that the product’s wrong,” he told Speedcafe.com.

“I think Supercars in general is doing it tougher.”

White was also supportive of greater promotion, an idea raised when teams met in Townsville a month ago.

“We had a discussion at Townsville and some teams brought up social media and trying to get more from that end, so we’d be massively supportive of any extra effort that went into that side of it, because I think the category’s good, it’s serving its purpose, it’s training young guys and turning them into good drivers,” he added.

While costs are seen as more difficult to address, each have their own ideas of some areas of savings.

Wyhoon, who campaigns two of the VF Commodores which make up the vast majority of the field, is adamant that a tentative plan to allow the ZB into Super2 in 2021 should be held over a year.

“Given the current economic position that everyone’s in, another year of VFs, and not the ZB coming in until 2022, would make perfectly good sense,” he declared.

“If they’re going to come in with some management (resources) from Supercars, I reckon that’s bloody awesome, and let’s make our product better; just give everyone that’s got a VF there just another year without having another spend on a $100,000 upgrade or selling our cars and buying a $500,000 ZB.

“I can’t see people doing that right at the moment.”

He also nominated a control engine with slightly less power than the current five-litre units as a worthwhile idea.

“You could still have the same horsepower or a little bit less, doesn’t really matter,” suggested Wyhoon.

“I just think you need to be very careful.”

White did nominate the existing contingency for having to quickly change tyres on the grid in the event of a sudden change in weather as a possible source of equipment and labour savings, given it requires “at least another person per car” to attend events.

Super2 teams and drivers do not race for prize money, nor a guaranteed test with a Championship series team or the like.

When asked if Supercars could offer some sort of explicit incentive to Super2 entrants, Seamer said: “That’s what Paul and the team are working through, but with an increase in focus from us, and a closer connection with that category, I’m sure there’s a lot of great stuff we can do.”

MW Motorsport’s Bryce Fullwood leads the series by almost a full round after the first four, with the next its 250km enduro on the Saturday of the Supercheap Auto Bathurst 1000 weekend (October 10-13).