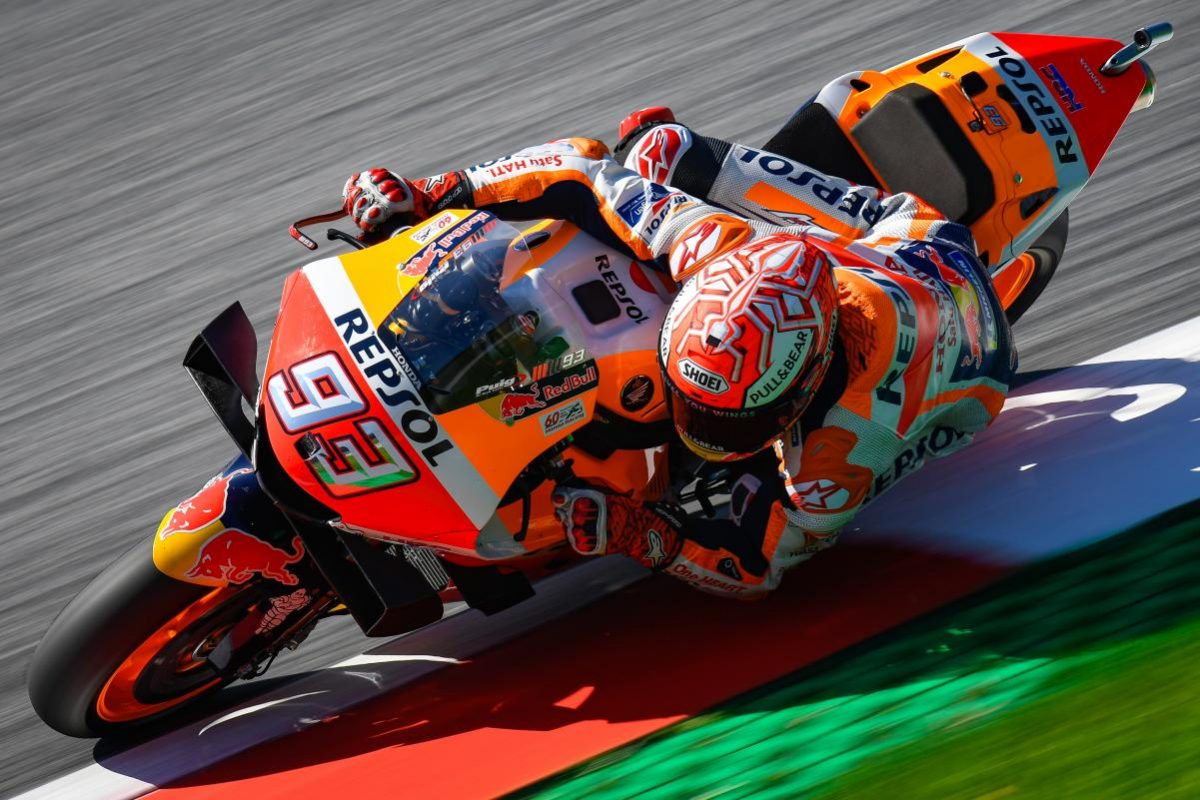 Marc Marquez has become the most prolific premier class pole-sitter in history by dominating qualifying for the Austrian MotoGP.

Fabio Quartararo put his Petronas SRT Yamaha on the middle of the front row despite his best lap being more than four tenths of a second slower than Marquez’s, while Andrea Dovizioso was half a tenth slower again in third.

Marquez was quickest after the first runs with a 1:23.359s before rolling out what would ultimately be the pole lap at the start of his second run.

Having been tied for a week with Mick Doohan, he now moves clear for the largest haul of premier class poles with 59 in his career so far.

Dovizioso moved himself from the second row to the first at the start of his second run, before finding further improvement next time around with a 1:23.515s on his Mission Winnow Ducati.

Quartararo was fourth with the chequered flag out but managed to improve two positions and push factory counterpart Maverick Viñales off the front row.

Viñales, who was second after the first runs on a medium compound rear Michelin tyre, looked like he would go for a two-stopper but instead ran a long second run during which he set a best time of 1:23.523s with a soft rear tyre on his Monster Energy Yamaha.

Pramac Ducati rookie Francesco Bagnaia was fifth after securing passage to Qualifying 2 right at the end of the preceding 15-minute stanza.

Takaaki Nakagami also got a year-old bike, namely the Idemitsu LCR Honda, onto the second row, while the event’s sole Suzuki Ecstar entry of Alex Rins was barely more than a hundredth of a second slower in seventh.

Jack Miller had an uncompetitive outing as he put the GP19 Pramac Ducati eighth on the grid, with Castrol LCR Honda’s Cal Crutchlow to start alongside the Queenslander after digging himself out of trouble in Qualifying 1.

Stefan Bradl, Repsol Honda’s injury replacement for Jorge Lorenzo, will start from the very rear of the 21-bike field.

Race start is Sunday at 2200 AEST, with 28 laps the scheduled distance.