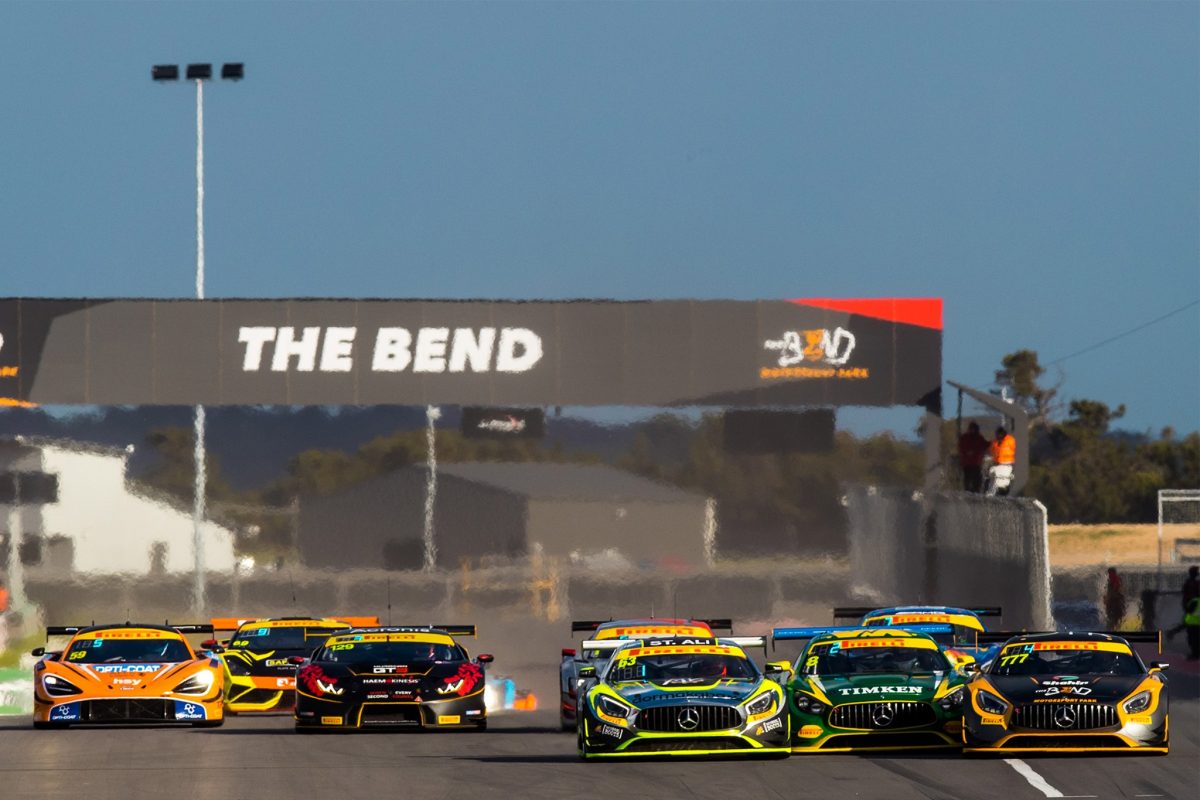 Organisers of the Australian GT Championship are deep in the process of laying out their roadmap as they look to rebuild the category after a tough 12 months.

A drop in grid size has been evident, and prompted discussions between organisers and competitors at Phillip Island with another meeting, among the competitors themselves, held at The Bend last month.

One of the outcomes of the meeting at Phillip Island was the creation of a survey that will be sent by the organisers as they look towards the 2020 season.

“You’ve got to be listening to your customer base all the time,” Australian GT category manager David Vervaart told Speedcafe.com.

“In motor racing – I’ve learned in the 30 years I’ve been involved – we can’t please all the people all the time and there will be a diverse range of opinions.

“You’ve got to do what ultimately is best for GT racing.”

Since taking over the category management role in March, Vervaart has already overseen a number of changes for next year, and tweaks for the current season.

Changes to the driver rankings and abolition of compulsory timed pit stops will be introduced next year, while the series has changed the format for the forthcoming event at Sandown, splitting its three-hour endurance race into three 60-minute races.

The latter change has been made in an effort to open the series up to other competitors, specifically those who aren’t equipped for races requiring refueling while simultaneously reducing costs for those teams who were set to compete.

“It is not without precedence that an endurance race is run over multiple lengths, so we’re not reinventing any wheels; what we’re trying to do is cater towards a broader customer base,” explained Vervaart.

“The support we have received, both prior to our discussions with competitors and since announcing the changes for Sandown, has been fantastic.

“We’re definitely going to see a lot more cars on the grid than we would’ve done if we’d have just run it as a pure endurance event, and it all comes back to the additional cost of refueling and crew and things like that.”

Increasing the diversity to open the competitor base is an important factor for the category going forward according to Vervaart, with the series having moved in recent years towards an almost purely-GT3 competition.

“When you look at 2F and 2B sports cars, that’s our CMA (Category Management Agreement) at a national level and above.

“Should we diversify? Honestly we should because there’s simply not enough pure front-running GT3 cars in the country for standalone series just for them.”

Feedback from the survey, which is being handled by an external agency with responses treated anonymously, will help to formulate the approach heading into 2020.

“I think it will influence the decision making for next year, without a doubt,” explained Vervaart.

“Because we have a wish list, we want to race at the best tracks, in the best weather conditions, so the best time of year.

“But we’ve got offers from all and sundry to come and play, whether we have a mix of Nationals, or ARG, or Supercars, or our own. Maybe it’s a mix of all, I don’t know.

“We just want to be able to provide the best possible package, and tick as many boxes as possible for our customer base.”