Two generations of Johnsons to share car in Excel enduro

Two generations of Johnsons to share car in Excel enduro 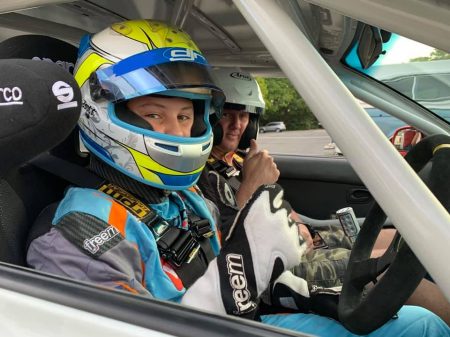 Two generations of the Johnson family will share a car when Steven and son Jett pair up in a Hyundai Excel endurance race at Winton in November.

Steven, son of Australian touring car legend Dick Johnson, will join Jett for the enduro round of the Hyundai Excel Racing Association of Victoria at Winton Motor Raceway from November 30-December 1.

The round format typically features a pair of 90-minute races, with the Johnsons set to share the driving duties.

It comes after 14-year old Jett’s recent exploits into motorsport, with the youngster this year competing in Hyundai Excels in Queensland.

Steve, an ex-Supercars racer himself and Paynter Dixon Touring Car Masters series winner, said he is looking forward to being able to race with his son, though affirmed the focus is on learning the craft and having fun.

“Obviously it’s not a secret that Jett’s been in a little Hyundai the last three months having a bit of a drive,” Johnson told Speedcafe.com.

“We had one race meeting up at Morgan Park a month ago, he’s got another couple and then there’s a 90-minute enduro that they do down at Winton toward the end of the year.

“We decided to maybe go down and do that together; just to go out and have a bit of fun, enjoy the racing, learn a little bit and to go and do something together.

“It’s going to be a lot of fun, it’s something that you don’t always get to do with your son.”

Jett Johnson is not the only next-generation driver who has made his car racing debut in Excels, with Nash Morris, son of Paul, having also done so at Queensland Raceway in June.

Nash was joined in the field by Kumho Tyre Super3 Series leader Broc Feeney, who drives with Paul Morris Motorsport in the third tier of Supercars.