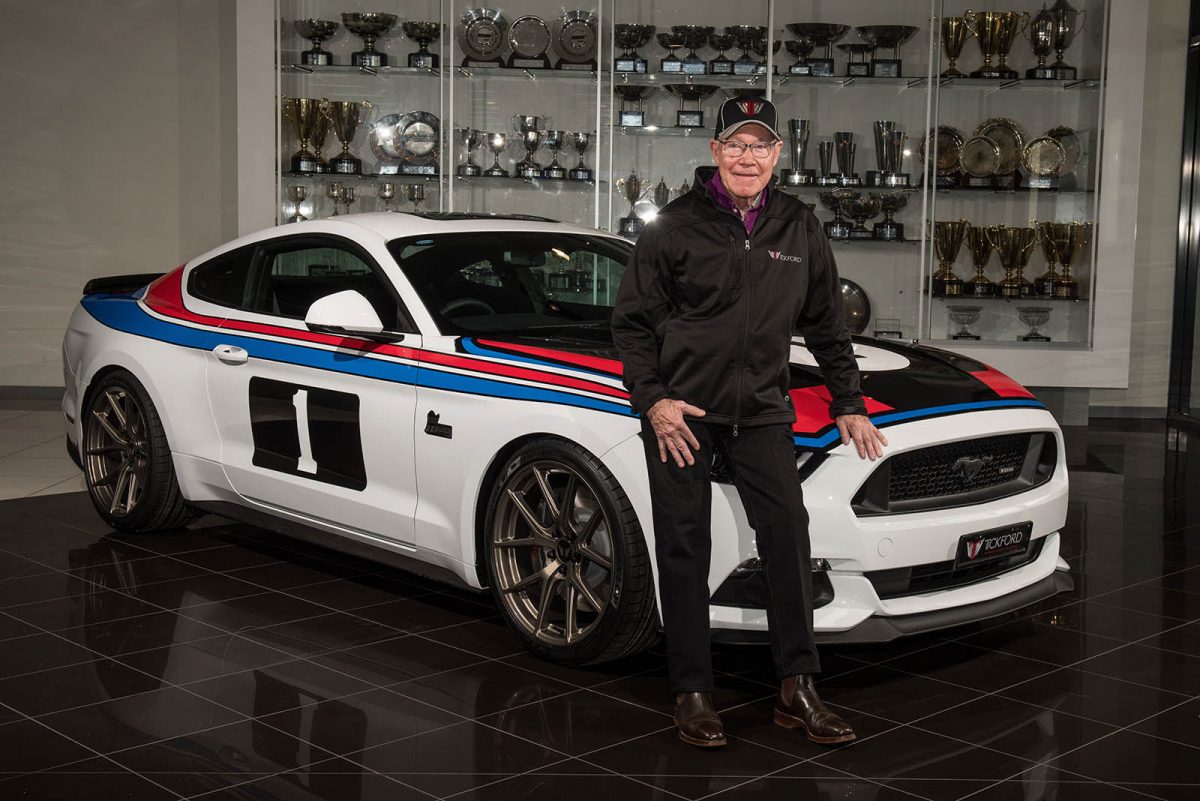 The very first Tickford Bathurst ’77 Special, a limited edition Mustang GT, has been put on sale having sat as part of a private collection.

Originally delivered in 2017, ‘Build 1’ is adorned with the red and blue stripes and black bonnet made famous by Allan Moffat at Bathurst in 1977.

Appropriately, ‘Build 1’ is part of a run of only 77 cars, and is available from Tickford for the princely sum of $170,000, complete with Moffat’s signature on the build plate.

The 1977 edition of the Bathurst 1000 has been often celebrated by the team currently known as Tickford Racing.

The team’s entries have twice worn tribute colours to the 1977 event, firstly in the Great Race’s 50th year celebrations in 2012, and again five years later to mark the 40th anniversary of the iconic Moffat-Colin Bond one-two.