Miller: ‘Some truth’ to threat of losing ride to Lorenzo

Miller: ‘Some truth’ to threat of losing ride to Lorenzo 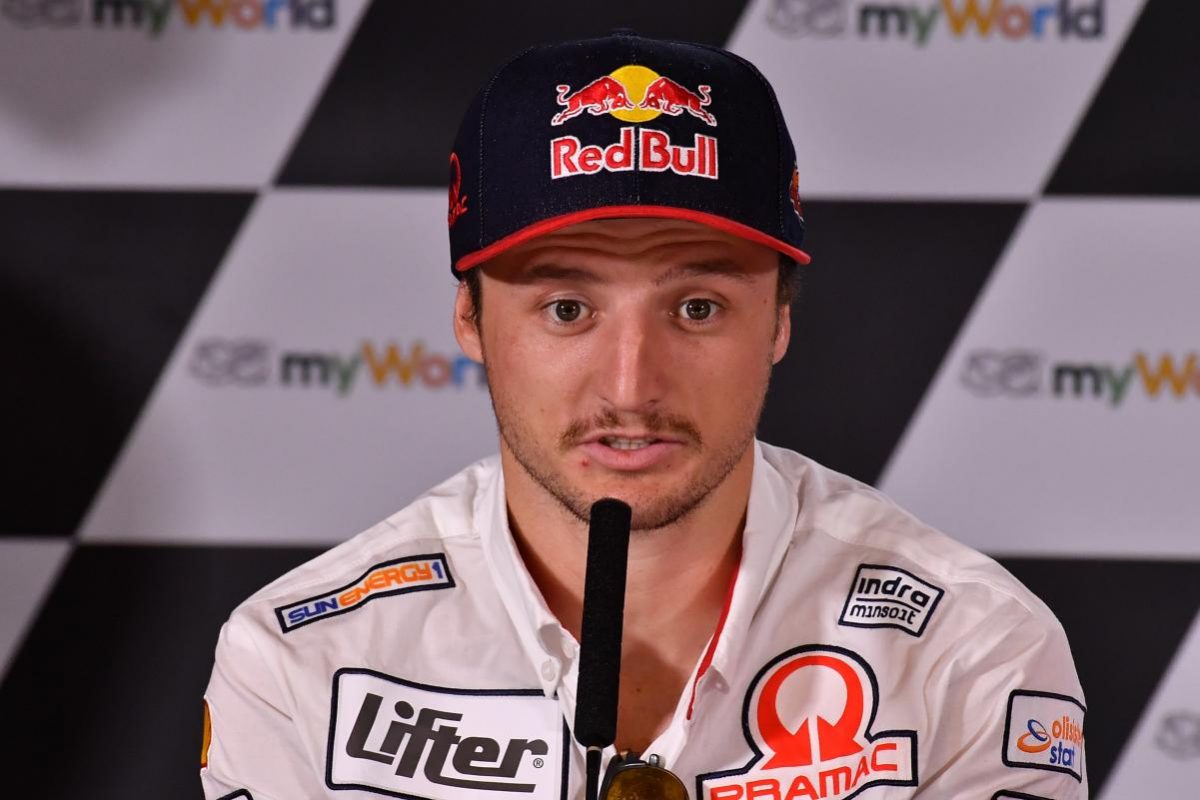 Off-contract Pramac rider Jack Miller has conceded there is “some truth” to rumours of Jorge Lorenzo making a shock return to Ducati which threaten his ride.

Miller currently occupies one of a small number of rides not yet filled for 2020, although he had been under the impression that his re-signing was a mere formality no more than a week ago.

At that point in time, the Queenslander believed that the delay was due to Pramac and Ducati working through the detail of the factory supplying GP20 bikes for two satellite entries, rather than one, next year.

Now, however, sudden speculation of Lorenzo returning to the Ducati fold has Miller thinking differently, even if the injured Spaniard is in the first year of a two-year contract with Honda Racing Corporation.

“I thought we were waiting on paperwork but clearly that’s not the case,” surmised Miller.

“There might be something else behind it; I don’t know yet.

“We’ll see once Jorge comes back from the Maldives or wherever he is now, and we’ll find out what I’m doing.

“But at the minute, I’m just trying to do the best I can do. I’m not stressed, I feel that if I keep riding like I am, I’m going to be here next year and we’ll just see where.”

“The last I heard prior to this weekend was that we were deciding… coming up with a budget let’s say because both Pecco (Francesco Bagnaia, team-mate) and I will have to have 2020 bikes so I understood and we were quite patient, but we will see now.”

While Lorenzo has only ridden for factory teams in 12 seasons to date in the premier class, including a stint with Ducati in 2017 and 2018, Pramac Racing has the only theoretically vacant GP20 on next year’s grid.

When asked if his comments gave credibility to the rumour, Miller admitted as much but said that Pramac’s boss indicated that he wanted to keep the Australian.

“I didn’t at all (believe the rumour) prior to this weekend but after some feedback I had, there’s some truth behind the rumours,” he conceded.

“As I said Pramac want to keep me, I had a Facetime call with Paolo (Campinoti, Pramac CEO) this morning and he is (a) hundred percent certain to keep me so we just have to understand what we need to do to finalise the contract.”

Nevertheless, it is Ducati which has ultimate authority with respect to rider appointments to Pramac, but even then, Miller is fairly confident in his position.

“Nearly everyone in Ducati wants to keep me,” he asserted.

“Some people have fond memories (of Lorenzo) but I’m not stressed. I’m just here to do my job.”

Miller, who has already downplayed rumours of a switch to WorldSBK after a ‘Superbike’ test, maintains he has not contemplated a similar switch to that which Bautista made at the end of 2018.

“I’ve not thought about World Superbikes,” he stated.

Miller finished on the podium last weekend in the Czech Republic, consolidating his position as top Independent Team rider in MotoGP.

Practice for the Austrian MotoGP starts this evening at 1755 AEST.