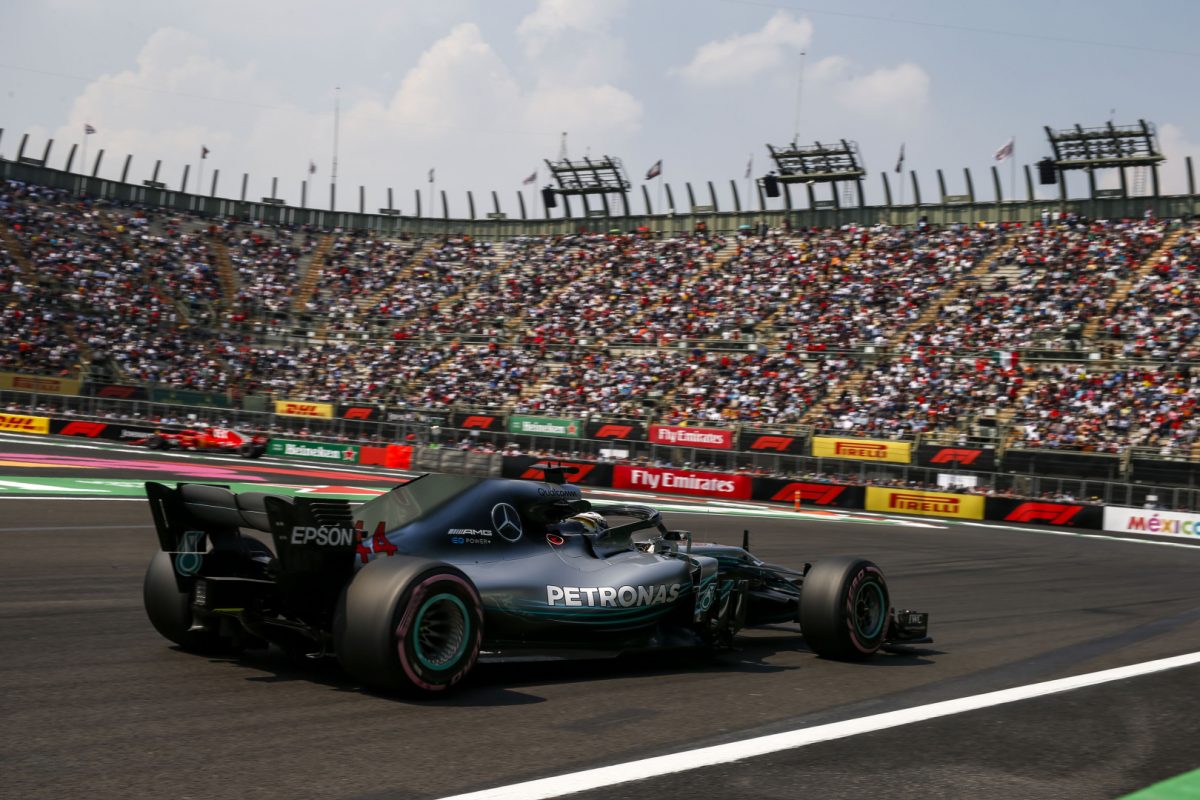 Mexico has signed a three year extension with F1

The Mexican Formula 1 Grand Prix is set to remain on the calendar until at least 2022 following the confirmation of a new deal.

Largely expected, the event’s existing deal was set to expire following this race, set to be held in late October.

The new agreement is therefore a three year extension, with the race set to remain at the Autodromo Hermanos Rodriguez in Mexico City.

“We are pleased to have renewed our partnership with Mexico City, which will now host the Formula 1 Mexican Grand Prix until at least 2022,” said Formula 1 chairman Chase Carey.

“Ever since it returned to the championship calendar in 2015, this event has always proved to be amazingly popular with the public and fans, not just in Mexico, but also around the world.

“Proof of this is the fact that the race promoter has won the FIA award for the best event no fewer than four years in a row and, in those four years, over 1.3 million spectators have attended the Grand Prix.”

According to the Mayor of Mexico City, Claudia Sheinbaum Pardo, the new deal is a financial win over the previous arrangement.

“The presence of Formula 1 in the city for further three more years, was achieved for the first time through a new financing model in which public resources are not used. Previously the Federal Government collaborated with the payment for the event,” she explained.

“The Mexico City government will be an intermediary, creating a trust that will raise the private investment required to deliver this international event.

“The price of the tickets will remain the same as in previous years.”

The Mexican Grand Prix first appeared on the Formula 1 calendar in 1963, before disappearing following the 1970 event.

A slight reprofiling of the circuit preceded its return in the mid-1980s before again falling off the calendar in the early 1990s.

It saw the infamous Peraltada corner, which once saw Ayrton Senna roll his McLaren, cut in half and replaced with an infield section through a baseball field.