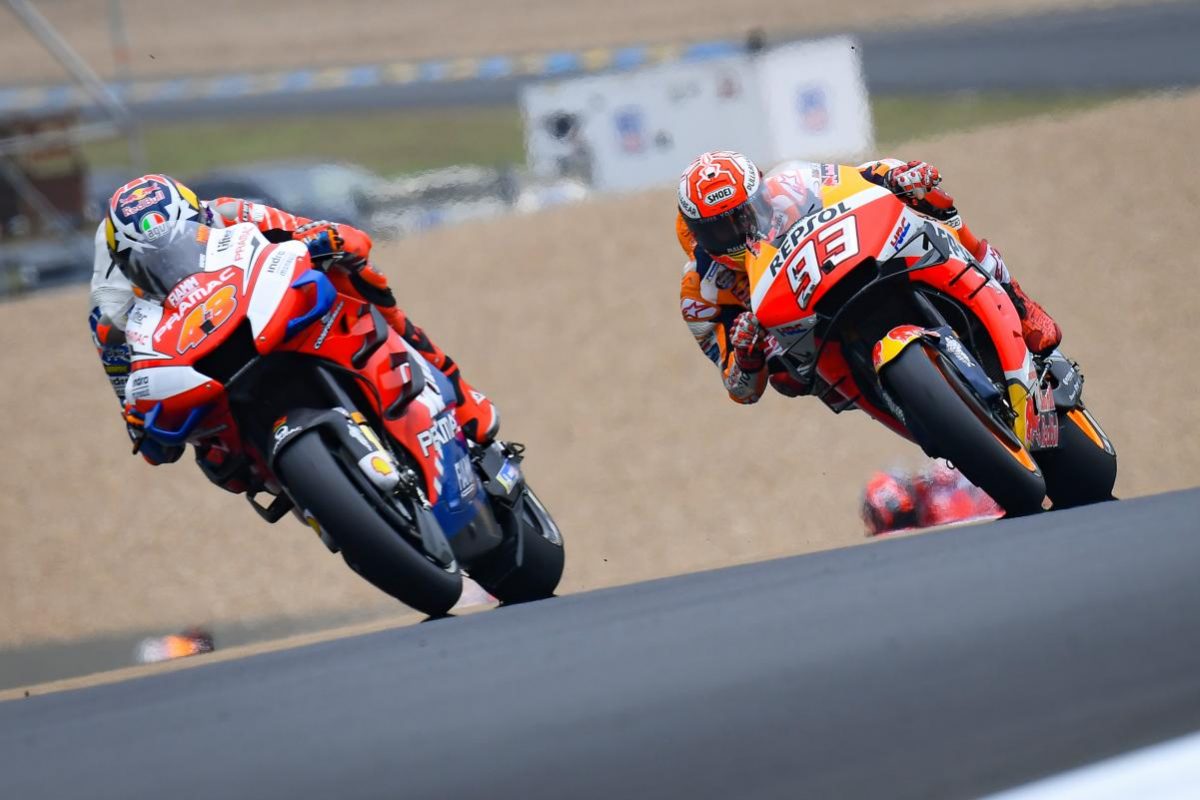 Speculation has arisen on the eve of the Austrian MotoGP that the three-time premier class world champion could be on the way out of the Repsol Honda team having had no end of trouble coming to terms with the RC213V.

Lorenzo would then make a shock return to Ducati, which he left at the end of the last season, but to the seat currently occupied by Miller at Pramac Racing rather than back to the factory squad.

Miller admits there is “some truth” to the rumours having apparently believed no more than a week ago that the delay in his renewal with Pramac was due to the details around Ducati supplying latest-specification bikes to two entries rather than one.

Crutchlow, a friend and former team-mate of Miller’s, says that if the Lorenzo move does come to pass then Honda Racing Corporation should sign Miller to fill the vacancy left by the Spaniard.

“Just go and sign Jack,” stated Crutchlow, who himself is directly contracted to Honda while riding for Castrol LCR.

“Jack only wants a one-year deal anyway, to put everyone back in line.

The Brit’s suggestion is far from outlandish, for multiple reasons.

If Lorenzo does take Miller’s place at Pramac, then Miller is arguably the best rider available for Honda to sign as a replacement.

LCR’s other rider, Takaaki Nakagami, is also coming off-contract and the fact that he is Japanese could be appealing to Honda for commercial reasons.

Another factor in Miller’s favour is that Honda did talk to the Queenslander about bringing him back into the fold before it ultimately signed Lorenzo last year.

Miller made the leap from Moto3 to MotoGP as a Honda-contracted rider in 2015, although he was set to lose that status before moving to Pramac in 2018.

The 24-year-old is currently seventh in the championship, best of the non-factory riders, and took a second podium of the season last time out.

Practice for the Austrian MotoGP starts this evening at 1755 AEST.