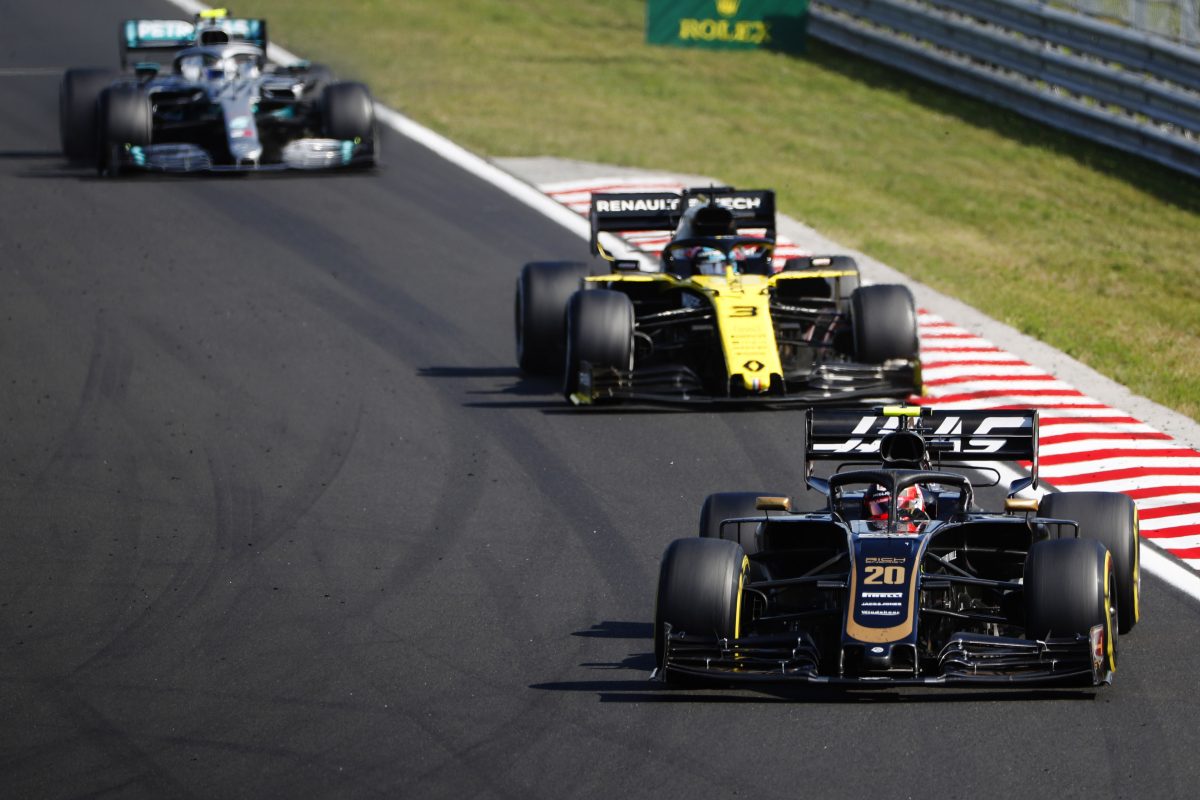 Haas Team Principal Guenther Steiner does not believe that there was an issue with how Kevin Magnussen defended his position from Daniel Ricciardo during the Hungarian Grand Prix.

Ricciardo found the battle ‘frustrating’ and complained over his radio that the Dane was swerving in the braking zone.

Race control issued a warning to Haas but Steiner saw no problem with Magnussen’s driving.

“Race control said he has to stop to move under braking, and that was it,” recalled Steiner.

“And because there is another driver who does it all the time and gets away with it, that was our answer.

“I think we had a good battle going on for 13th and 14th, otherwise the TV was pretty boring.”

Haas passed on race control’s warning but did not give a specific instruction to Magnussen, with Steiner noting that the battle was not for points anyway.

“We decided to risk even penalty or getting to the stewards, because I think in the end we are here to race, and I don’t think it was dangerous or anything,” he explained.

“The battle was about nothing anyway, so at least it was a good show. And I think they had a good fight.

“For sure, Ricciardo is not happy about it, but I don’t think Kevin did anything, you know, exaggerated. It’s like he was trying to keep his position, so I think everybody enjoyed it.”

Race director Michael Masi said that the repetitive nature of Magnussen’s manoeuvres was the issue.

“There was a warning for the team about the consistency of it,” advised Masi.

“It was not that it was a one off, but it was the repeat part of it.”

He reiterated that drivers are allowed to make one change of direction to defend a position under brakes, but not multiple changes.

“There is a one movement allowed generally to protect your line, but the movement under braking is something that the drivers, from Bahrain, when we had our meeting with them all, it was something that they wanted – particularly if it was constant – us to crack down on,” noted Masi.