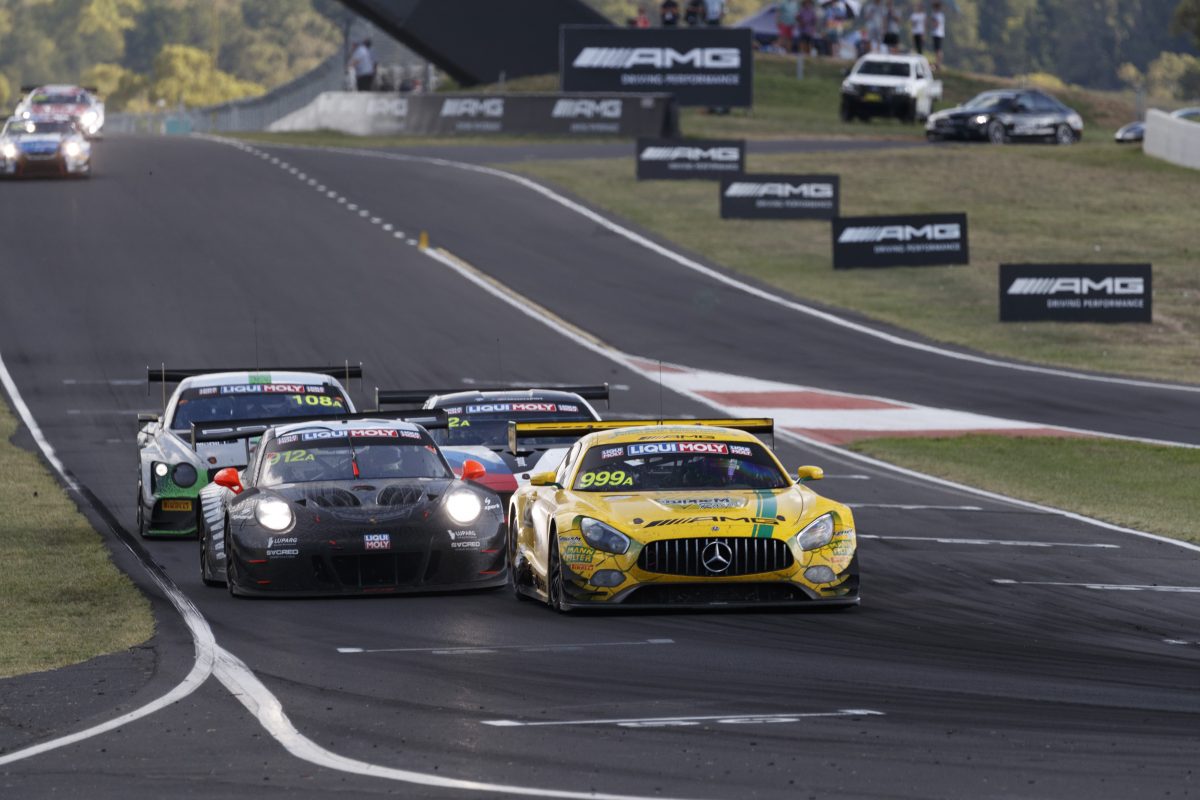 Organisers of the 2020 Liqui-Moly Bathurst 12 Hour have announced significant changes to sporting and technical regulations, including a number of new pit stop stipulations.

There will also be changes to the class structure with Class A to feature a new Silver Cup subclass, and Lamborghini Super Trofeos replacing Porsche GT3 Cup cars in Class B.

Drivers will now be limited to a maximum stint length of 65 minutes, longer than the final stint completed this year by race winner Matt Campbell, and restricted to two consecutive stints before a mandatory one-hour rest period.

In conjunction with the imposition of a mandatory minimum pit stop time, measured from pit entry to pit exit, crews will be allowed a ‘Joker’ pit stop in each of the initial and latter six hours of the race.

The Joker stops will not be subject to the minimum time, which organisers say will ensure that there is still a strategic element to pit stops.

There will, however, also be a compulsory four-minute ‘technical’ pit stop that must be completed before the end of the 11th hour, giving teams time to safely complete brake pad changes and other work.

The latter is for entries comprising either three FIA Silver-ranked drivers or two Silver drivers and two Bronze drivers.

It essentially replaces the Am subclass which this year stipulated no seeded (Platinum or Gold) drivers and at least one Bronze driver, meaning that the allowance of all-Silver line-ups is the key change.

Cars homologated for 2019, a process finalised after this year’s Bathurst 12 Hour as per the FIA’s standard process, have also been added to the Vehicle Eligibility List.

As such, all current GT3 manufacturers are eligible for next year’s race in Class A.

Class C for GT4 cars is unchanged while Class I is open to the Mustang-inspired ‘MARC II’ cars.

Class B, however, will now be for the Lamborghini Huracan Super Trofeo Evos which run in one-make series in North America, Europe, the Middle East, and Asia, and were this year made eligible for the Australian GT Championship.

The class was this year contested by only three cars when it was for Carrera Cup-specification Porsches.

The changes are designed to bring the Bathurst 12 Hour further into line with other races in the Intercontinental GT Challenge powered by Pirelli, for which Mount Panorama will continue to host the opening round.

In other technical changes, driver cooling systems and in-car television cameras will be included in the minimum vehicle weight (as per Balance of Performance specifications).

Driver cooling systems will also be mandatory if temperatures are forecast to exceed 30 degrees Celsius on race day.

Entries for the event are now open, with early bird prices applying until September 7.

“Firstly, it’s always exciting to confirm that entries are open and get that first indication of who is coming to tackle the Mountain,” said Event Manager Kurt Sakzewski.

“We have been working closely with CAMS and our partners at SRO to evolve the regulations to a point where that are now very similar to the other major events on the Intercontinental GT Challenge, offering consistency to the teams, drivers and manufacturers involved across the full championship.

“The changes have already been tried and tested in major races and proven to be successful so it makes sense for us to adopt something that already works.

“The Huracan Evo is a very cool car that perfectly fits the 12 Hour grid – it sounds and looks the part.

“There is already a lot of excitement among ICGT teams about the 2020 event and we’re very confident that it will be bigger and better than ever.”

As previously announced, the ‘Town to Track’ activation which was held for the first time this year will again take place on the Thursday of race week.

Once again, the starting grid will be finalised by the Pirelli Top 10 Shootout, with race start scheduled for Sunday at the same time of 0545 local time/AEDT/GMT+11.

Next year’s Bathurst 12 Hour, which reverts to a three-day event after the introduction this year of support category-only running on the Thursday, will be held from January 31-February 2.