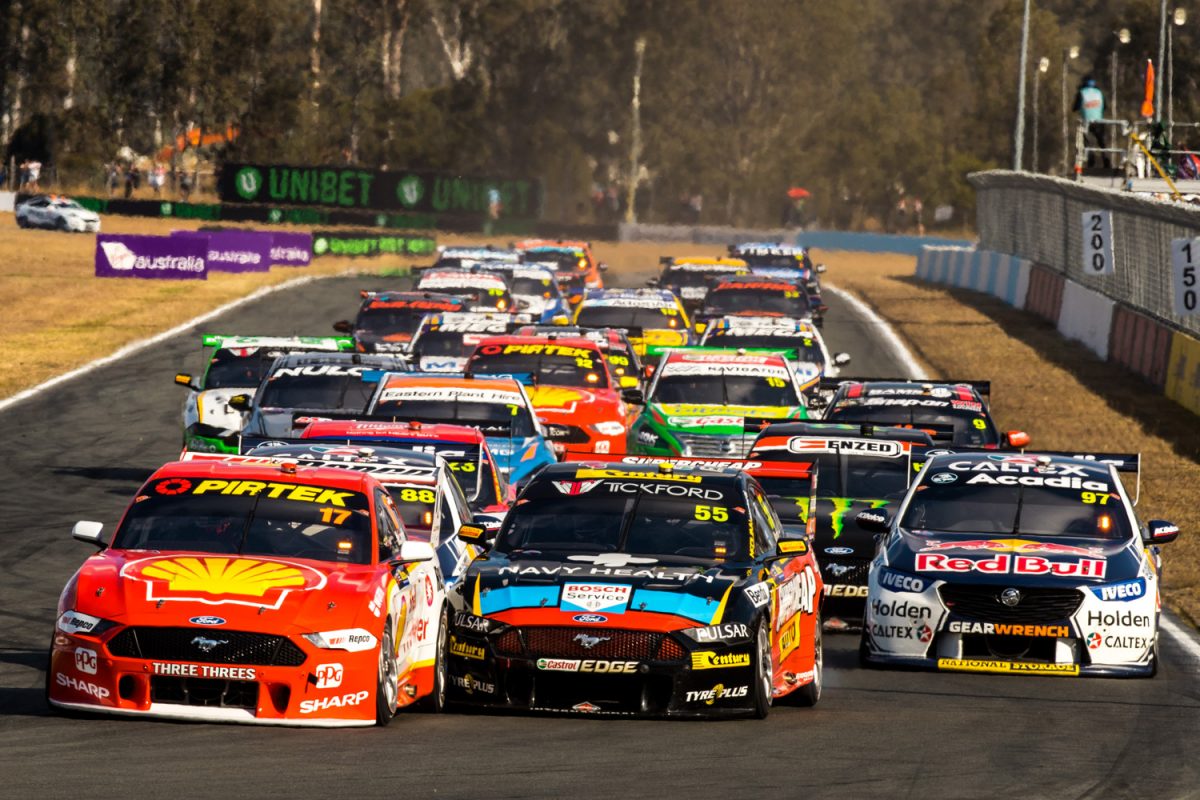 The make up 2020 Supercars grid Is far from certain

A busy silly season could prompt a number of entries to change hands with Supercars confirming it has several parties interested in purchasing Racing Entitlements Contracts.

The make-up of the 2020 Supercars grid is far from locked in with plenty of question marks around existing RECs amid talk of possible expansion for some teams.

This year the field dropped to 24 entries with that number at risk of potentially decreasing next year despite the championship revealing interest in the REC market.

When questioned about the REC market, championship boss Sean Seamer told Speedcafe.com, “There are several interested parties, both in purchasing RECs and a potential Sydney-based team. These discussions are bound by confidentiality.”

Team 18 has emerged as a candidate that could be set to expand with talk among the paddock suggesting it may run two cars next season.

Speculation that the Charlie Schwerkolt owned team is in the market for another REC to run alongside the Triple Eight Holden driven by Mark Winterbottom has ramped up in recent weeks.

The squad has already been linked to signing James Courtney, should it secure a second entry, and should the 2010 champion loses a seat at Walkinshaw Andretti United to Chaz Mostert, who has been heavily linked to the squad.

Likewise, a trusted source has told Speedcafe.com that the squad may even try to swoop and secure Mostert’s services.

Theoretically a possible one-year deal in a Team 18 Triple Eight Holden could put the 2014 Supercheap Auto Bathurst 1000 winner in a good spot with the possibility of seats at Triple Eight and DJR Team Penske opening up in 2021.

Although, it appears Walkinshaw Andretti United is the favourite to land the Tickford star.

One team certainly in the market for a REC is Matt Stone Racing given its two-year lease deal on the Jason Bright owned licence is expiring an unable to be renewed for next year due to REC regulations.

Team owner Matt Stone has confirmed it is in talks to purchase the entry outright from Bright to ensure it returns to the Supercars grid for a third season.

The identity of its driver line-up remains unclear with current pilot Todd Hazlewood told to look for drives elsewhere earlier this year, while the outfit has been linked to Walkinshaw Andretti United driver Scott Pye.

There has also been a suggestion that the Gold Coast squad is looking to move to two cars next year which would necessitate another REC.

While Stone has admitted the long term goal is to grow its operation, talk of an expansion for 2020 ‘is a bit premature.’

Question marks remain over Tekno Autosports’ future in the championship, although the single car operation has been recently linked with Super2 rising star Jack Smith.

Current driver Jack Le Brocq is understood to be in group of drivers including Simona De Silvestro vying for a seat at Tickford Racing.

Last year Tekno did receive interest regarding the possible sale of REC but elected to continue this year in what has proved to be a difficult campaign.

Meanwhile, Super2 squad Kostecki Brothers Racing could also emerge in the REC market having admitted earlier this year that a graduation to the top tier is not off the cards.

The squad will make its main game debut as a wildcard in this year’s Pirtek Enduro Cup with an entry for Brodie and Jake Kostecki.

Following on from the return of RECs from Triple Eight and Tickford Racing last year, the threat of teams handing back licences remains.

While it maintain intentions to remain a four-car operation in 2020, there has been suggestions in the paddock that Kelly Racing may scale back its program.

But Nick Ryan, the team’s marketing and sponsorship boss, told Speedcafe.com that as it stands the team will be running four cars next year.

The team is currently assessing its future direction which is largely dictated by Supercars’ next rule package.

The Braeside outfit is assessing the possibility of upgrading its Nissan Altima to remain competitive, or switching to either Holden Commodores or Ford Mustangs.

Garry Rogers Motorsport is the other squad where there appears to be uncertainty despite the two-car team reiterating its commitment to Supercars amid a difficult year for the squad.

Its title sponsor Boost Mobile has already indicated that it could leave the sport unless significant cost saving changes are made for next year.

Supercars is expected to reveal a number of cost saving initiatives that include improving the durability of engines, the introduction of control dampers and a reduced 2020 calendar.