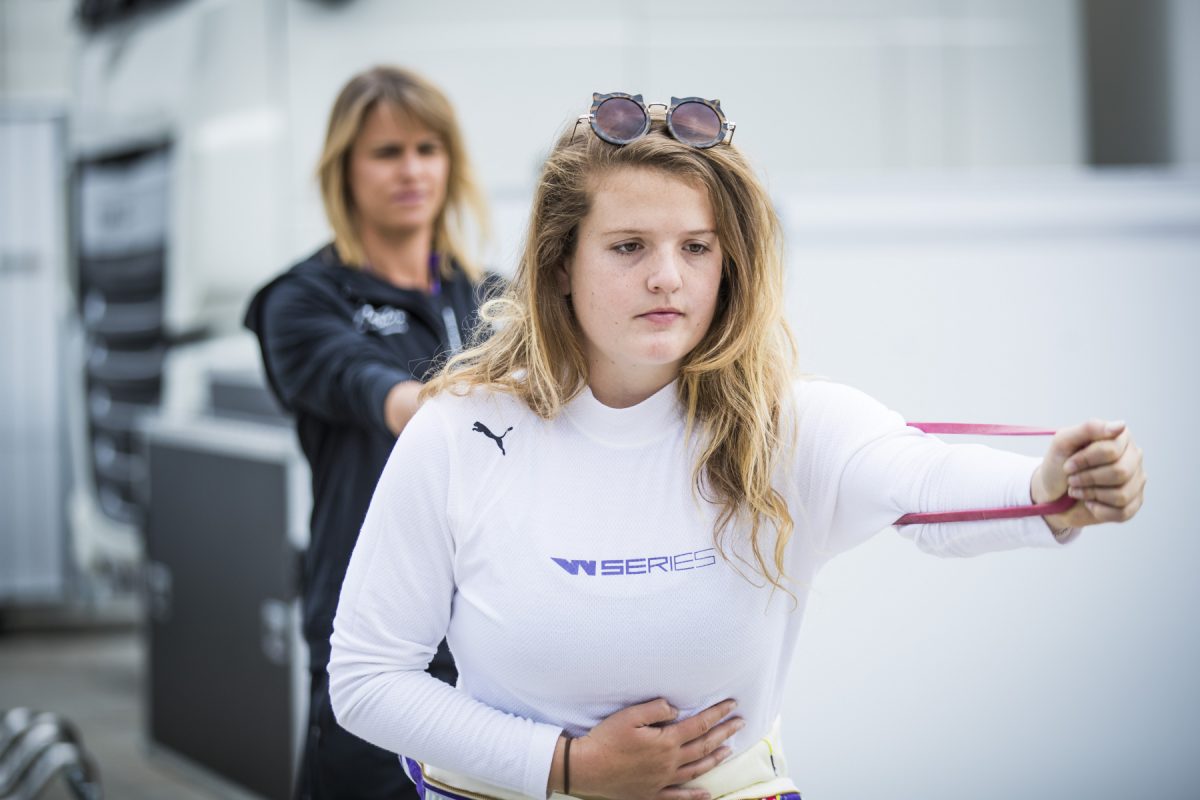 Caitlin Wood, Australia’s sole W Series representative, is upbeat for this weekend’s finale at Brands Hatch after a renewed focus saw her achieved a personal best last time out.

Wood finished fifth at Assen last month to better her previous best result, which came in the season opener at Hockenheim, by five positions.

She believes that a change in mindset brought about the vastly improved result, which came off the back of a similarly standout qualifying performance of sixth fastest.

“I really loved the circuit, especially being able to hold the majority of Sector 3 flat; that was mega,” Wood told Speedcafe.com of Assen.

“But overall, I really just focused on myself more leading up to Assen.

“Between working full-time, training, sim work and the most important part – racing – I realised I was trying to do everything but not at the level I’m capable of.

“I had to try and find my head again, which I did and I’ve showed that I can definitely mix it with the front runners now so I’m really excited for Brands and the challenge of doing it again.”

“That was honestly one of the best races of my career,” she declared.

“I absolutely loved it and even though I got a terrible start which put me back quite a few places, there was so much overtaking and close racing going on throughout the whole field, it felt like I was back in go-karts again.

“Everyone was nosebox to gearbox and it was so much fun. I think at the end of the race there was only five seconds from first to 12th so that just shows how close it was.”

A move into open-wheelers marked something of a career change for the racer from Maitland, near Newcastle.

Wood had been concentrating on sportscars in recent years, winning a fully funded Lamborghini drive in European Blancpain GT competition along the way.

She had spent time on the sidelines last year, however, due to injury and also a financial shortfall.

“The W Series has been such an amazing opportunity and I doubt I would have been able to compete in Formula 3 without their support,” said Wood.

“Coming from a GT background over the past few years, it has been really interesting adapting and changing my driving style to be quick in a single seater again.

“Instead of being ‘door to door’, you’re now ‘wheel to wheel’, which has been loads of fun and driving at this level of formula is only going to make me a better driver.”

Wood views the W Series, which supports the DTM at each of its six rounds, as a winner with motorsport fans.

“I feel like there has been a massive response to the series,” she observed.

“At all of the races alongside DTM the crowds have been amazing.  It’s great to see the coverage of our races go worldwide and the whole DTM paddock has been very welcoming.

“Being so far away from home, it has been super nice to meet the Aussie fans that have come to a few of the rounds. At Norisring in Germany, I even got some Tim Tams which was an awesome surprise!

“It’s been a real honour to be the only Aussie that was selected into the championship.”

Wood is currently 11th in the W Series standings, with the top 12 the cutoff for automatic invitation into next year’s field.

She appears to be in a three-way race for the final two spots in the top dozen, with Vicky Piria 10th on 16 points, herself on 11, and Gosia Rdest and Sabre Cook each on 10.

The W Series field will be back in action with two practice sessions this Saturday, followed on Sunday by the final qualifying session and race of the campaign.