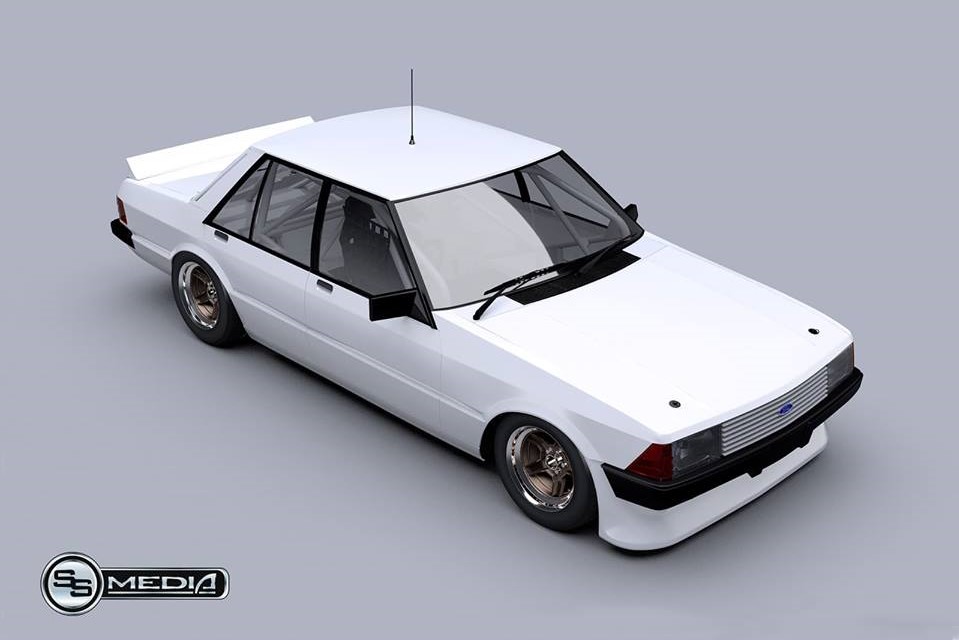 Team Johnson is now expected to debut its Ford XD Falcon at the start of the 2020 Paynter Dixon Touring Car Masters season after a delay in the car’s development.

Steven Johnson had originally hoped to be racing the car by Round 1 of the 2019 season, before revising the target to Round 4 at Queensland Raceway.

PACE’s Paul Ceprnich has been leading the computer-aided design of the Johnsons’ XD Falcon among other projects.

A delay in the process has put the timeline a number of weeks behind, with the team hoping to start the build within the next month.

Johnson believes that completing the build will be a relatively straightforward process once design work is finished.

As such, it is expected the car will now debut in the opening round of next year’s Touring Car Masters series.

“It is a little bit behind,” Johnson told Speedcafe.com when asked how the process is going.

“It’s probably eight to 10 weeks behind in the actual fabrication from the engineering side of things.

“We’ll hopefully have the car in our possession sometime by the end of August or early September and start the build and it will definitely be out on track next year.

“Absolutely, locked in for next year and we’ll be good to go.”

When it does hit the track, the Johnson XD could run in Dick Johnson’s famous Tru-Blu livery, if a hint on his official Facebook page is anything to go by.

For the time being, there is one XD Falcon which runs full-time in the series, namely that of Marcus Zukanovic which debuted last year at Sandown.

A second, campaigned by the Gambold family which has competed at state level in Victoria, has made sporadic appearances in the Invited class.

Johnson will continue to race the 1969 Mustang Fastback with which he has won the series for the last two years, until his own XD comes online.

The current TCM season continues with Round 5, which features a night race, when it headlines the Sydney MasterBlast (formerly Muscle Car Masters) at Sydney Motorsport Park on August 30-September 1.