Hamilton says Red Bull has an ‘extra seat’ to fill

Hamilton says Red Bull has an ‘extra seat’ to fill 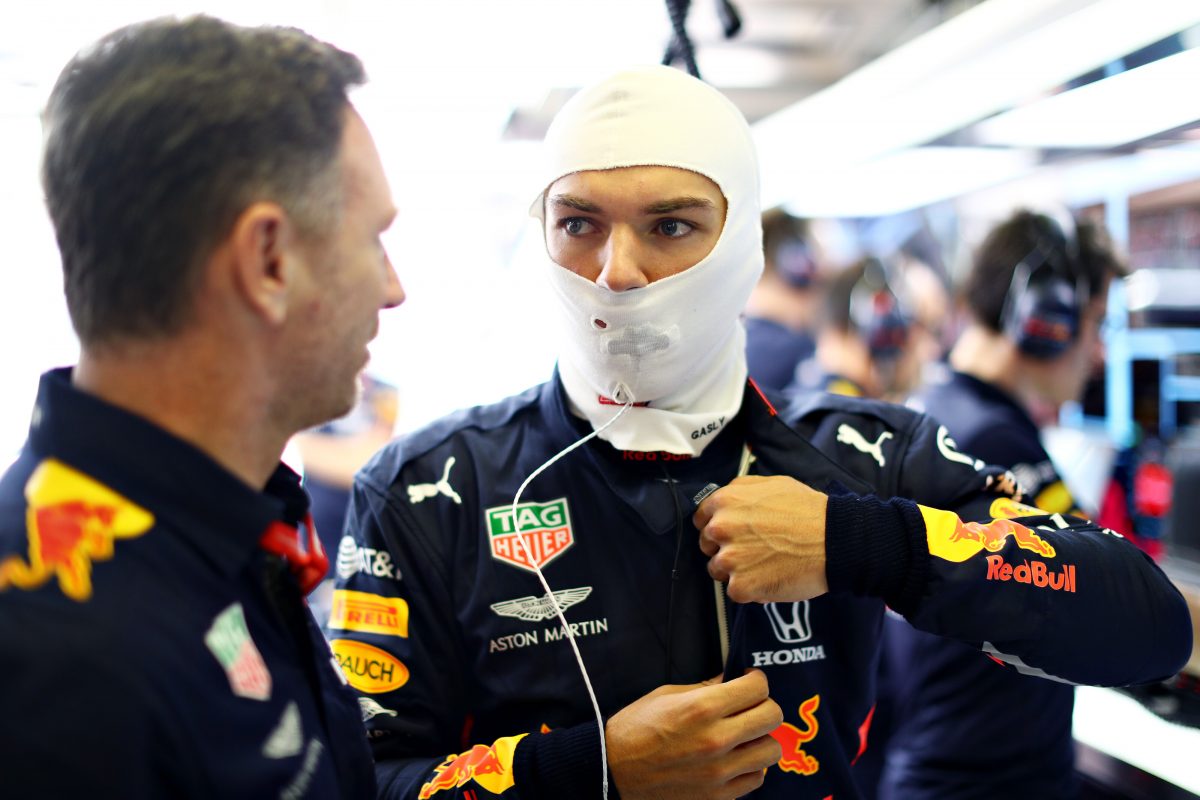 Lewis Hamilton believes that Red Bull Racing has a seat to fill in 2020 amid Pierre Gasly’s poor results, and that Fernando Alonso would be a suitable replacement.

Hamilton made the comment as he began to mull over a question put to him about whether or not he would like to see Alonso back in Formula 1.

Max Verstappen, who had just finished runner-up to Hamilton in the Hungarian Grand Prix, then interjected by suggesting that Hamilton raise the idea with his team boss, Toto Wolff.

“Maybe he could speak to Toto,” said the Red Bull driver.

Hamilton responded to that remark by declaring that it was in fact Verstappen’s team-mate who is under threat rather than his fellow Mercedes pilot, Valtteri Bottas.

“You’re the one with the extra seat, I would say.”

In actual fact, neither Gasly nor Bottas are secure in their respective seats.

The former is sixth in the drivers’ championship on 63 points, less than half the haul of the man just one position ahead, Ferrari’s Charles Leclerc, and only five ahead of McLaren’s Carlos Sainz.

While Verstappen has two wins and a total of five podiums, Gasly’s best finish of the season to date is a fourth at Silverstone.

Gasly finished sixth last weekend at the Hungaroring, a lap down on Hamilton, Verstappen, and the two Ferraris, and with Sainz also ahead of him.

Red Bull team principal Christian Horner intimated that the Frenchman could be dropped if his performances do not improve.

“Our intention is to leave him in the car until the end of the year,” said Horner.

“But we desperately need to see him realising more of the potential of the car.”

Horner went as far as placing some of the blame for losing the race to Mercedes on the shoulders of Gasly, given that Hamilton was allowed a free pit stop which gave him fresh tyres to run down Verstappen.

“It has been a frustrating weekend for Pierre,” he declared.

“We need him to be racing Ferraris and Mercedes, and everything we can do to try to help him do that, we will do.

“The problem is he is not in the mix at all.

“It is not like if Lewis pitted he was going to come out behind him. Both Mercedes and Red Bull had one-legged races with their team-mates out of contention.”

Bottas, who is now more than two races behind Hamilton in the championship, is also coming off-contract and Mercedes has Esteban Ocon waiting in the wings.

Ocon only lost his Racing Point ride at the end of 2018 when Lance Stroll arrived at the team which had been saved from administration by a consortium led by the latter’s father.

The Alonso question put to Hamilton, meanwhile, had been raised after the two-time world drivers’ champion congratulated both him and Verstappen for their performances at the Hungaroring.

“I was just actually watching some of the restarts, the starts of previous years and watching him from his Renault days and I remember just before I even got to Formula One watching how amazing their starts were.

“I don’t know how old Fernando is now but he’s always going to be a great driver.

“If he can get a good seat, he’s always welcome here to battle with us.”