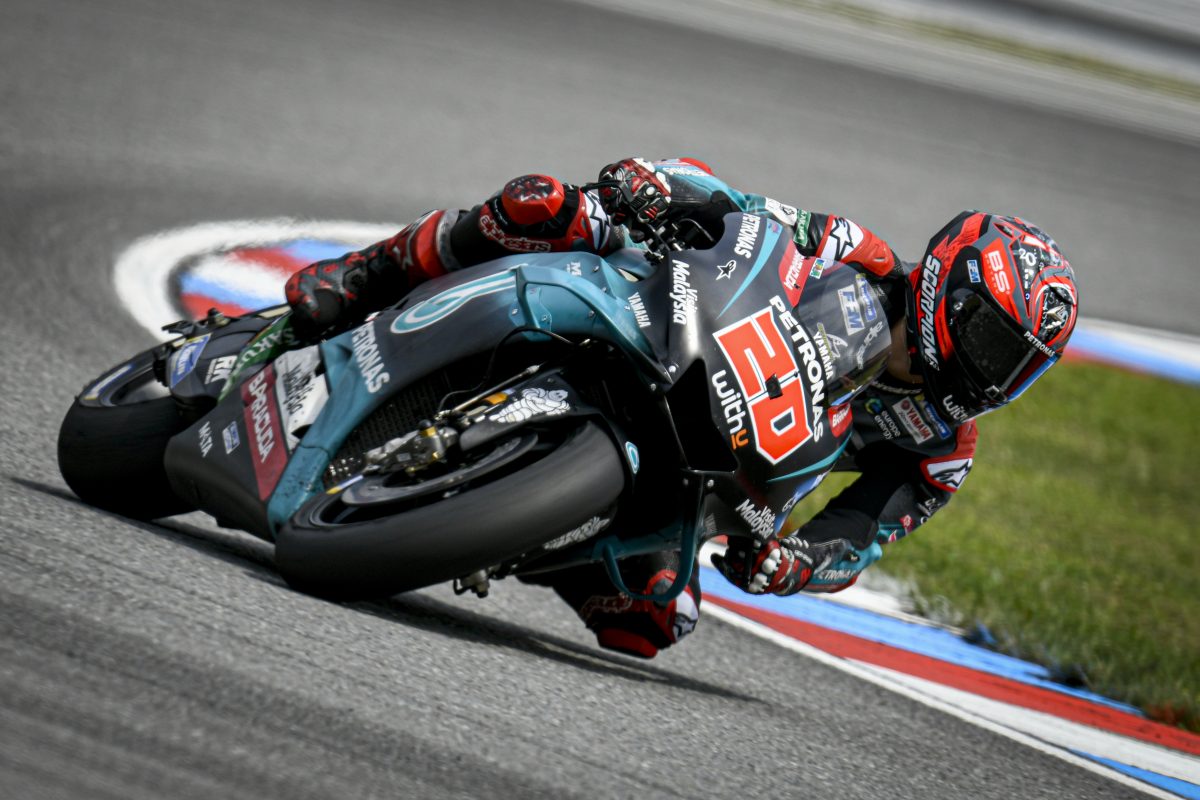 Joan Mir has been airlifted to Brno University Hospital following a 300km/h crash during testing after the Czech Grand Prix.

Testing new aerodynamic developments, the Suzuki rider fell inside the final hour of running, hitting an airfence at Turn 1 at high speed.

Though escaping serious injury, the 2017 Moto3 champion was diagnosed with a pulmonary contusion at the circuit medical centre before being transferred.

“The crash was a scary one, but finally it looks like everything is more or less OK,” Mir said.

“I had some pain and struggled to breathe initially, but then the situation got better and better and I received excellent assistance and support from the medics at the track.

“It will take a couple of days to recover, I need to take it easy and take my time, but at the moment I feel relieved that everything is OK, and I hope I will be 100 percent ready to race in Austria in just a few days.”

It’s expected the Spaniard will remain in hospital under observation for up to 48 hours, and should be cleared to compete in this weekend’s Austrian Grand Prix.

Despite the crash, Mir ended the day with the seventh fastest time, just over three tenths behind Alex Rins on the lead Suzuki.

Yamaha dominated the timesheets with Fabio Quartararo quickest from Maverick Vinales, and Franco Morbidelli, the trio all recording more than 70 laps across the day.

In fifth, Cal Crutchlow was the fastest Honda rider while the first Ducati was that of Francesco Bagnaia in ninth.

Championship leader Marc Marquez was eighth fastest as he tested a new Honda chassis while Aleix Espargaro fell at Turn 8 early in the day but was able to continue.

Testing continues at Brno on Tuesday and Wedneday for KTM, with two days of private running for Dani Pedrosa and Mika Kallio.